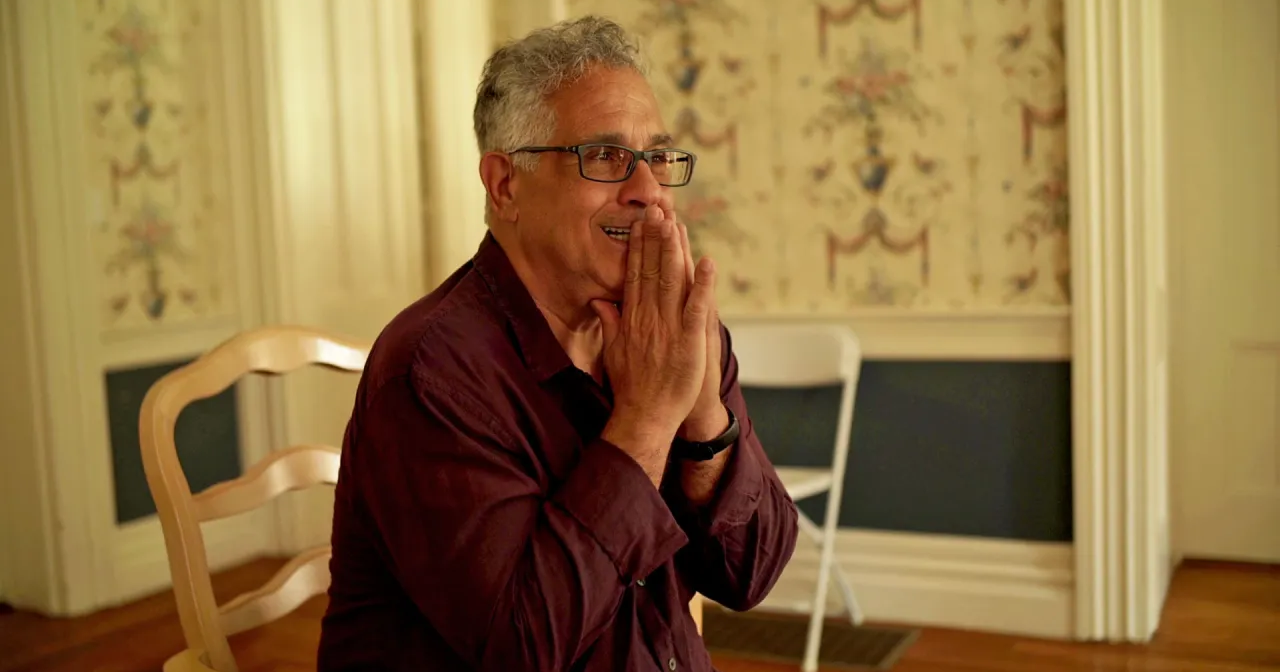 While leading the Manhattan Film Institute in Greenport this summer, screenwriter Tony Spiridakis will prepare a new film to begin filming this fall starring Bobby Cannavale and Robert De Niro.

The Greenport resident penned a screenplay inspired by his connection and relationship with his neurodiverse son. It should be directed by Tony Goldwyn in September. The film will star Mr. Cannavale as the father of a child with Asperger’s and Mr. De Niro in a major supporting role.

“We came to learn the behavior and the social behaviors that are the norms and the beautiful minds that are neurodiverse, they’re not limited by those social norms,” ​​Spiridakis said. “They don’t create their own truth; they tell the truth where we tend to look at the truth and have learned to be polite.

Mr Spiridakis shared stories of being called by his children’s headmaster about their disruptive behavior in class and said as “frightened” as he was to receive these messages, he realized that her children were simply sharing their observations of the world around them.

“It’s not inappropriate at all,” Spiridakis said. “The title is a mistake.”

Based on the family dynamics of a divorced couple, the film depicts the story of a late-night comedian who fails in his career and marriage. He returns to live with his father and discovers how to take care of his young son, Ezra, who has Asperger’s Syndrome.

Eventually, the father decides to kidnap Ezra and take him on a trip across the country.

“I think so often trips like this are viewed from the perspective of a wife and a mother and her children,” said Lisa Gillooly, Mr Spiridakis’ life partner. “But capturing something between a father and his son is truly extraordinary.”

While the story was inspired by his own family, the characters in the film are not based on Mr. Spiridakis or his sons, and instead convey a more universal story about fatherhood.

“It became a real love story between father and son,” he said. “If you took autism out of it, it would still be a gripping story about a father, a son, and an ex-wife who does everything she can to protect her child. Part of that protection includes protecting her child. against her ex-husband.

One of Spiridakis’ favorite lines, written on his board on an index card, is “Sometimes you have to do the wrong thing for the right thing to happen”, which epitomizes the plot of “Inappropriate Behavior”.

“The father kidnaps his son, it’s not a good thing, I don’t recommend doing it,” Mr Spiridakis said. “But for this story, it has become symbolic of how far you sometimes have to go to protect your child.”

The team is still in the process of finding a neurodiverse actor to play the role of Ezra.

As production is about to begin, Mr. Spiridakis is still running the Manhattan Film Institute (MFI) in Greenport for its 11th year. Ms Gillooly said her partner “gave up everything” to run the program and teach lessons.

This year, MFI is hosting classes at Brecknock Hall in Greenport and students are housed in cabins at Peconic Dunes Camp.

Over the years, both of Mr. Spiridakis’ sons have been involved with MFI. Dimitri, a recent Bard College alumnus, starred in a scene from the film MFI produced in 2016, titled “Moving On.” His older brother, Nikos, is involved in the post-production team for the films this year.

Originally from Queens, Mr. Spiridakis spent his entire life summers in the North Fork. He attended Yale Theater School and worked as an actor from 1980 to 1989 before writing his first screenplay, “Queen’s Logic.” He was inspired by the neighborhood in which he grew up to write the film and starred there alongside John Malkovich, Kevin Bacon and Joe Mantegna.

Mr. Spiridakis and Ms. Gillooly met at D’latte in Greenport around 18 years ago, when she spent her summers in the Orient. Together they co-founded MFI and reopened the Greenport Cinema for a series of winter movies in 2018. Three and a half years ago they moved from Los Angeles to the North Fork to become full-time residents.

They both said the idea for the film had been in development for several years, first surfacing when Dimitri was young.

“I’m beside myself excited,” Gillooly said. “To see this story finally come to life is a dream come true.”

2022-06-11
Previous Post: Indian filmmaker Kartik Nishandar depicts the constant evolution of cinema with his work
Next Post: Joe Kitchen | The soundtrack of a failed revolution