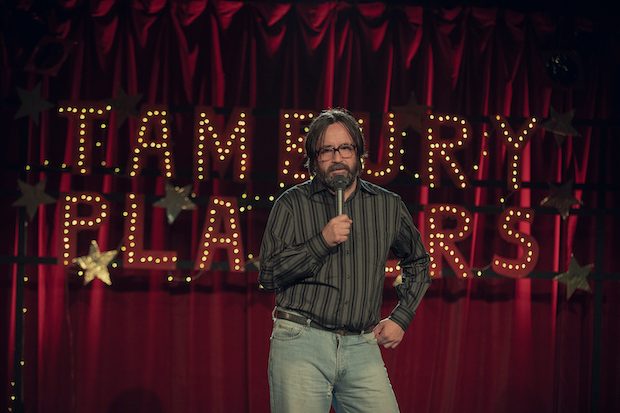 After Life Season 3 Soundtrack | Every song from the Netflix sitcom

The third and final season of Ricky Gervais’ Netflix melodrama After Life has finally dropped – and thankfully it has a stellar soundtrack.

The show follows Tambury journalist Tony Johnson (Gervais) who decides to punish the rest of the world for the death of his wife by doing and saying what he wants, an action he calls a “superpower”. .

The dark comedy-drama has given viewers heartbreaking moments during its stellar run, and the heavy cutscenes have only been heightened by the show’s various musical choices.

After Life season 3 features a wide range of musical acts, which serve to reflect Tony’s range of emotions. These include legendary songwriters Bob Dylan and Cat Stevens, as well as Rod Stewart and Joni Mitchell. “I chose the greatest artists and my favorite songs of all time,” Gervais recently explained to Smooth Radio.

For viewers who think they recognize a song from the last six episodes but can’t quite put their finger on it, RadioTimes.com has compiled a list of licensed songs in After Life season 3.

Read on for the full tracklist, while we also have After Life cast and location details for you to peruse at your leisure.

In the meantime, why not read here the meaning of the mysterious end of After Life, according to Gervais himself (but beware: there are plenty of spoilers).

Soundtrack and music from After Life season 3

The Things We Do For Love by 10cc

Back to the Beginning by Aaron Espe

Not Dark Yet by Bob Dylan

Who will sing me lullabies by Kate Rusby

Let Down by Radiohead

The Wind by Cat Stevens

Beneath the Mountain Hammer and Felt

I’ll follow you in the dark – Death Cab for Cutie

Both Sides Now by Joni Mitchell

Seasons 1-3 of After Life are available to stream on Netflix.

Check out more of our Comedy coverage or visit our TV Guide to see what’s on tonight.

2022-01-20
Previous Post: Read Qui Nguyen and Adele Lim’s Script – Deadline
Next Post: The Fed weighed in on a digital dollar. This could cause the ball to roll.