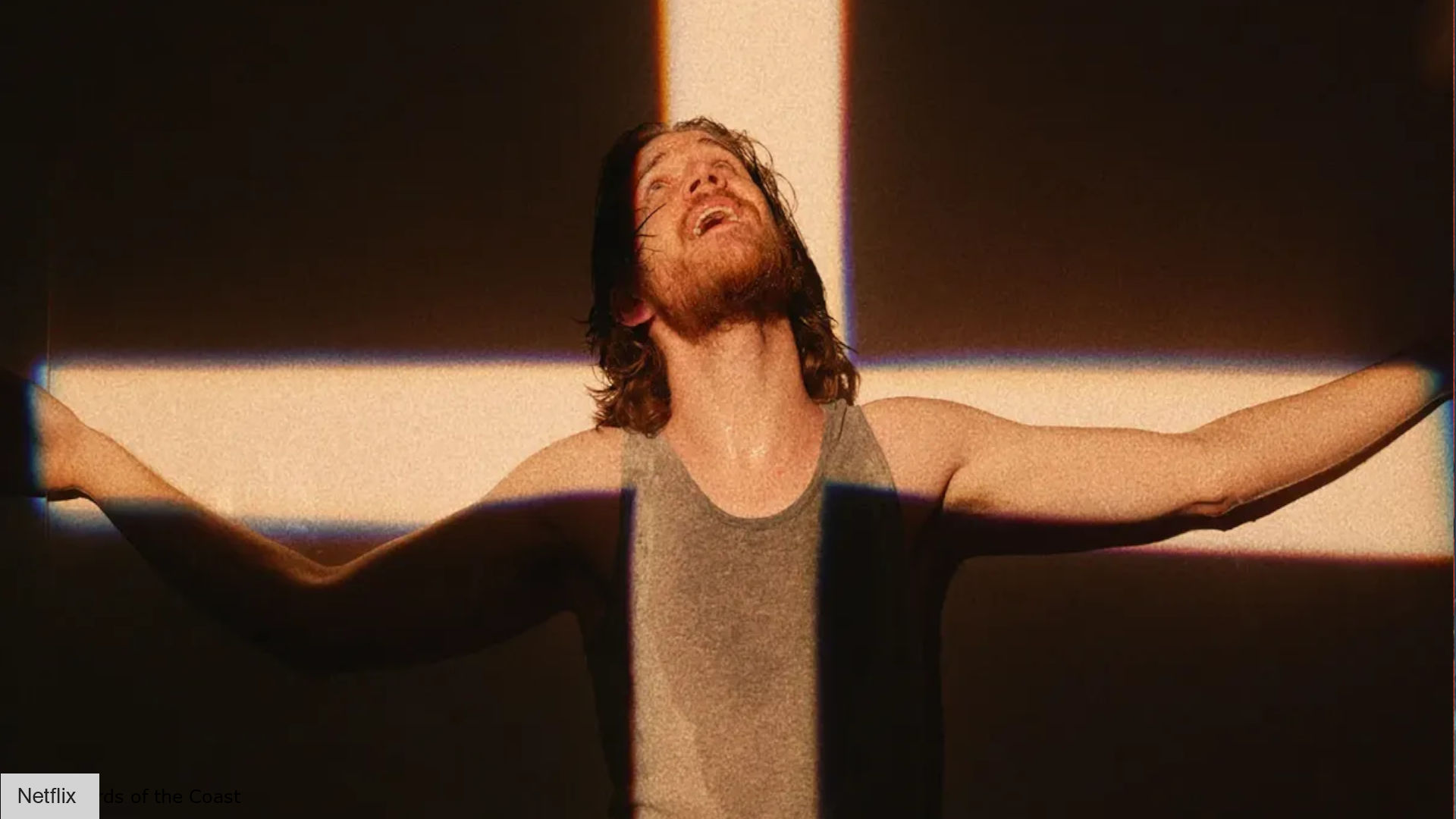 Bo Burnham Inside is the biggest film achievement of the decade

We are gathered here today not only to settle one debate, but to start another. Let’s get one thing clear, Bo Burnham: Inside is a movie. Yes, it’s also a stand-up comedian’s Netflix special. Typically, these would not be considered a movie at all. But what Bo Burnham crafted for the streaming service is so much more than a casual comedy routine. Inside is actually the biggest cinematic achievement of the decade.

How can this be a movie, I hear you ask through gritting your teeth? Well, first of all, it’s unlike any other comedy special in that there’s no audience. It’s not a stand-up in front of a live audience, it’s a creative that locks itself away for a year and produces the most personal and imaginative world we can revel in.

With a running time of 90 minutes, Inside ticks the box of a feature film. There’s also a narrative at the heart of it, albeit a bit abstract, but a story nonetheless. Basically, I like to think of Bo Burnham: Inside as a magical combination of a musical, a comedy, and a documentary, and it’s a creation that excels in all areas of cinema.

We’re going to dissect this unorthodox tale first, shall we? It may not be as thrilling as action films like Mad Max: Fury Road, and it may not be able to transport us to other worlds in the same way as the sci-fi film Dune. . But the fundamental basis of any good story is to make us feel something, and Bo Burnham: Inside certainly does.

In fact, it evokes a whole range of emotions in its audience. We laugh, naturally, at the hilarious relativity of the “Facetime With my Mom” ​​sequence, or the goofy weirdness of “White Woman’s Instagram.” But, as the story develops and Burnham’s mental state worsens, we are forced to consider some very important real-world issues.

The age-old power struggle of rich and poor, powerful and powerless, is embodied in “How the World Works”, where Burnham employs a sock puppet to show his inherent control as a white man. This bleeds into much more specific references to Jeffrey Bezos as a symbol of big business that has consumers in a vise.

The narrative line is clear to see, as Burnham later delves into the unimaginable evolution of the internet, from its humble beginnings to the boundless fountain of information it is today. We have everything we could wish for, at our fingertips, but it’s gotten a bit too much, hasn’t it?

Not only does the music provide such a solid backbone for Bo Burnham’s screenplay: within, the songs are also absolutely phenomenal examples of musical composition. The ingenious and incisive lyrics of tracks like “30”, “Problematic” and “Sexting” are both hilarious and also show Burnham’s incredible talent for taking the pulse of social dynamics. But it’s not just about making people laugh with catchy tunes.

The more melancholic “That Funny Feeling” shows Burnham’s ability to create a more stripped down song with a real emotional core. What’s even more impressive is that the next song on his list is a certified club banger, along with ‘All Eyes On Me’. Going from such a delicate and heartfelt song to a forceful indictment of the pressures of fame is testament to the versatility of the musician behind the madness.

Netflix and chill: The best Netflix series of all time

I’ve touched on the comedic value of this production before, but it really can’t be overstated; Bo Burnham’s razor-sharp wit worked magic here. Comedy is such a difficult genre, mainly because of the sheer subjectivity of what’s funny and what isn’t. Granted, not everyone will find Burnham’s brand of humor to their liking, but you can’t deny the incredible intelligence it takes to be this silly and this funny at the same time.

It’s not just the things he says, it’s the way he says it. His quick and pragmatic presentation of the different ways to use the global web in “Welcome to the Internet” is so precise and theatrical that it will never fail to bring laughs. His facial expressions in the previously mentioned Instagram and FaceTime melodies are the kind of classic, subtle comedic undertones that are so rare to find these days.

This Burnham guy is starting to look like the complete package, isn’t it? Well, yes, to be honest. This is a very literal one-man-show. Sure, it has the might of Netflix behind it, but when it comes to making this thing a reality, Burnham pulled out a masterpiece out of nowhere.

Comedy movies aren’t usually known for their stunning cinematography, but Inside excels at that, too. In such a confined space, Burnham creates spectacular light shows, jaw-dropping silhouettes and the kind of composition of shots that would make Sir Roger Deakins green with envy. 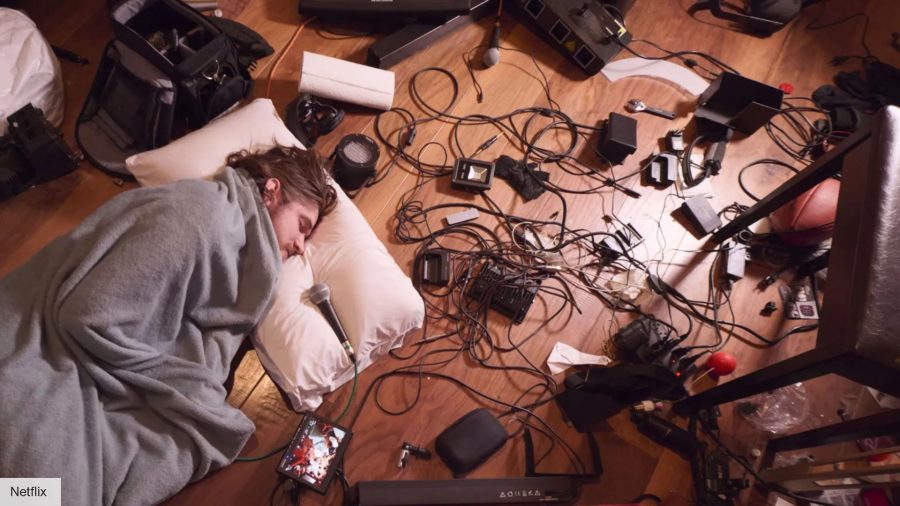 The set’s opening song, “Content,” sets the tone for what’s to come, with Burnham using a headlamp to fill his small workspace with flashing lights. In a brief interlude between the songs, a fetal Burnham laments the world we’ve built for ourselves, surrounded by a mass of wires, in an outstanding display of his understanding for Staged.

Splicing it all together in the editing room was by no means an easy task, but it’s something Burnham once again takes on his own. Even in the film, you can see his immense attention to detail, making sure every angle, every cue, and every inch of his production is perfect.

Best of the best: The best movies of all time

The end result is a journey that lingers when it needs to, cuts off when you least expect it, and leaves its viewer both awestruck and slightly invading by its subject matter. For one man, doing all of this could very easily have spelled disaster. But Bo Burnham did it and proved he was a genius.

To write such a shrewd exploration of our world, to compose the musical soundtrack to go along with it all, to deliver a captivating performance and be the sole subject of the camera’s gaze, and to make it all so beautiful, it’s just an incredible feat of cinema, and that’s why Bo Burnham: Inside is an indisputable masterpiece.

2022-05-29
Previous Post: Traders accuse council bosses of ‘cheating’ City over £1 market deal
Next Post: Norm Macdonald adapted his book into a screenplay before he died