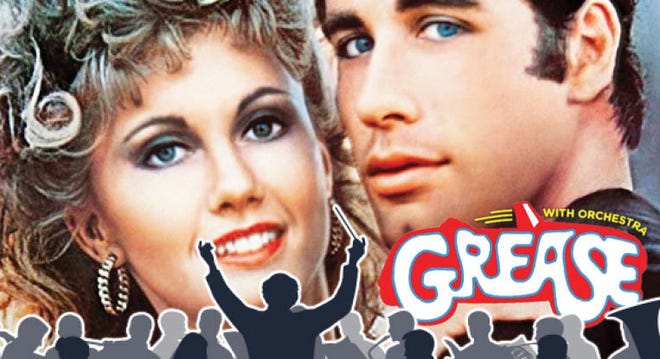 HYANNIS – Launch of its four CapePOPS concerts! Series, the Cape Symphony presents this month “Grease: The Film with Live Orchestra”, interpreting the soundtrack of the film.

The 1978 summer blockbuster starring John Travolta and Olivia Newton-John released popular songs such as “Summer Nights”, “You’re the One That I Want”, “We Go Together” and more.

â€œGrease’s music is iconic! Said Jung-Ho Pak, Artistic Director and Conductor, Cape Symphony. â€œIt’s a throwback to the 50s with artists like Frankie Valli and Sha-Na-Na and a bit of the 1970s with Barry Gibb of the Bee Gees involved as songwriter and singer. Plus the incredible songs performed by John Travolta, Olivia Newton-John and Stockard Channing that we all know and love. It will be so much fun to hear the orchestra perform live on such a beloved film.

Guest conductor Thiago Tiberio is a specialist in musical synchronization with cinema, having conducted orchestras in score sessions and in live-to-picture concert productions such as “Star Wars Live in Concert” and “The Lord of the Rings Live in Concert “. He received an Emmy Award for the “Live from Lincoln Center” special “Danny Elfman’s Music from the Films of Tim Burton”.

The October event will be the first time the Cape Symphony will play a feature film at the Barnstable Performing Arts Center, whose entrance and lobby will be transformed into Rydell High, complete with classic cars, a Grease photo booth and a soundtrack of the 1950s. Spectators are invited to come in costume.

Cape Symphony partners with Ocean 104.7 and 99.9 the Q radio stations to present giveaway ticket; listeners can tune in to the stations for a chance to win.

For CapePOPS! Concert Series, including “Grease: The Film with Live Orchestra,” The Cape Symphony is pleased to offer $ 20 tickets to guests ages 23 to 50 for Saturday performances at 3 p.m. or 7:30 p.m. To receive this offer, customers must call or visit the Cape Symphony box office and quote the promo code Under50. Students aged 6-22 are entitled to 50% off the price of individual tickets for all Cape Symphony concerts.