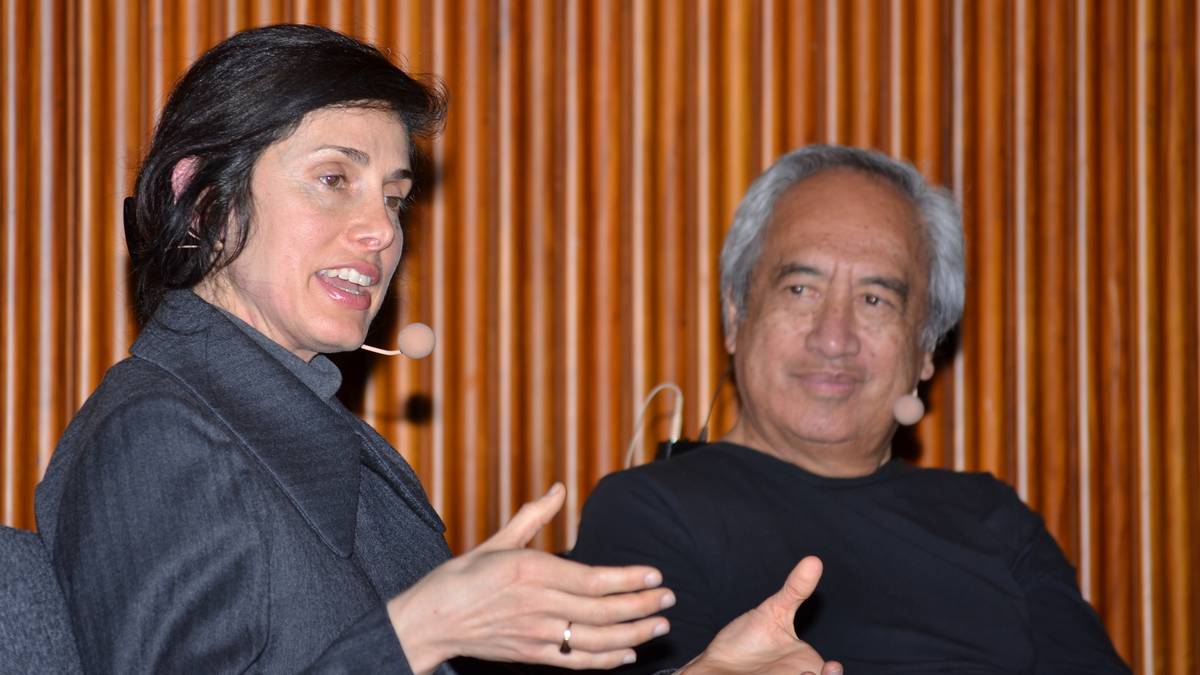 Christine Leunens with Witi Ihimaera on stage at the Whanganui Literary Festival in 2013. Photo / Paul Brooks

It has just been announced that the screenplay by author Christine Leunens, an adaptation of her upcoming novel, has been accepted by Oscar-winning producer Mimi Polk Gitlin.

The Whanganui Literary Festival Trust is thrilled as Christine is one of the festival’s guest authors. She had been invited to speak about her novel, Caging Skies, which was adapted into Taika Waititi’s JoJo Rabbit movie.

His latest novel, In Amber’s Wake, won’t launch until February 14, 2022, just before the new festival date, so Whanganui audiences will be among the first to hear about it.

There will be a lot to discuss. What might be particularly interesting is that Christine wrote the screenplay for In Amber’s Wake herself, while Taika Waititi wrote the adaptation of Caging Skies.

Set in New Zealand during the tumultuous and rapidly evolving 1980s era of the anti-nuclear movement, the protests of the Springbok rugby tour and the bombing of the Rainbow Warrior, In Amber’s Wake is a powerful and passionate novel that shows staggering lengths that some people will go for the ones they love.

â€œI was in Paris in July 1985 during the Rainbow Warrior attack,â€ recalls Christine.

â€œI still remember how, to me and so many others, the Rainbow Warrior was like a beacon of hope in the gray ambience of a Cold War, and its bombardment had a profound effect on me.

â€œThe current challenges we face – climate change, mass extinction, finite resources, pollution – made me want to revisit this period and the kind of volatile dichotomy it represented.

“It was fertile ground for me as a writer, allowing me to explore individual and collective responsibility and awareness in a story of love and loss that I felt needed to be told.”

David Cohen, literary critic for New Zealand Listener, says: â€œLeunens is an experienced hand at extracting the strange and the powerful.

While Jean Soublin du Monde said of her: â€œLeunens has the immense merit of surprising and captivating.

This latest novel will be no exception.

The new dates for the Whanganui Literary Festival are February 16-27, 2022, with the main festival on the weekend of February 25-27. Reservations at the Royal Whanganui Opera House.

2021-12-13
Previous Post: Meet the Dumfries and Galloway duo delivering a soundtrack this Christmas
Next Post: The Himaya group records the soundtrack of “Caught in the Act”