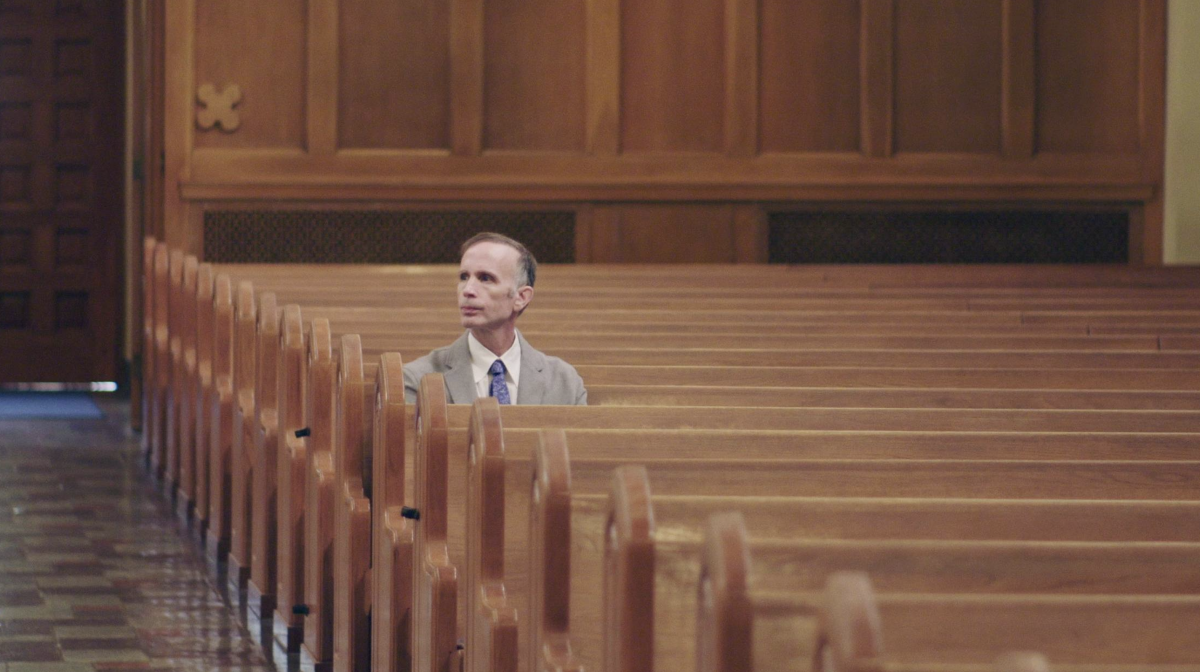 Reconstruction in documentary cinema is an eternally divisive technique: what some find vivid and immediate, others find reality distant and contrived, masking and blurring reality in the language of fictional cinema. Yet what if the reconstructions not only featured the actual subjects of the documentary, but were expressly designed and directed by them – recreating not so much reality as their lingering, haunting memories of it? It’s an entirely different proposition, as is “Procession,” a risque and harrowing film in which famed docmaker Robert Greene frequently relinquishes the directing reins to his subjects and collaborators: six middle-aged Middle American men living with childhood trauma. abuses by priests and clergy of the Catholic Church.

With each of these survivors given the means and support to make an interpretive short grounded in their decades-old experience, “Procession” is intricately woven from the original work of amateur filmmakers, alongside observation Greene’s patient and empathetic approach to their creative process. The effect of these overlapping lenses is to capture both subjective personal truth and a broader, more journalistic view of a collective tragedy in the same cracked mirror; the film offers its vulnerable ensemble a form of dramatic therapy in which they ask and answer all the most troubling questions themselves.

In the hands of a less experienced or more exploitative helmsman, it might have been a misguided endeavor at best. For Greene, however, “Procession” represents the most rigorous application to date of his lifelong fascination with performance as a conduit for “reality”, insofar as cinema recognizes difference. In “Actress” and “Kate Plays Christine,” the camera captured professional actors in the rift between themselves and off camera. In Greene’s latest feature, “Bisbee ’17,” amateur actors re-enacted an ugly episode in their Arizona town’s history as an act of community catharsis. “Procession” logically continues this progression towards civilians staging their own personal story, although anyone expecting it to be simple truth of their short films can be stunned by the often radical and emotive expressionism exhibited there.

The film opens with the 2018 Kansas City press conference that first alerted Missouri-based Greene to the stories documented here, as attorney Rebecca Randles appeared with sex abuse survivor Michael Sandridge , Tom Viviano and Mike Foreman – just three victims, Randles reminds us, of the many assaulted by more than 230 Catholic priests known to be abusers in the KCK area. Moved by their testimony, Greene approached them with his brainchild of collaboration. Once they agreed, three other survivors – Joe Eldred, Ed Gavagan and Dan Laurine – joined the project, with local therapist Monica Phinney leading their unpredictable and candid workshops. Greene himself is a less visible presence in the proceedings, highly insightful but never intrusive as he witnesses their psychological and creative deliberations.

The men, largely strangers to one another, share little beyond a common source of trauma, and their respective approaches to addressing it — personally, spiritually, and artistically — vary wildly. New York-based entrepreneur Gavagan initially puts a constructive heroic spin on their collective campaign for justice (“We want to be like Marvel superheroes defeating the forces of justice”), although his film, “God Switches Sides “, be sober and simple, focused on the hands of priests performing holy and unholy deeds. Foreman, on the other hand, is a swear-laden, vengeful helical source of fury, whose eloquently-named short “Blatant Lies in the Name of the Lord” gives him a platform to vent with justice before the committee. review board that dismissed his case in 2013. (In this case, Greene’s project allows his subjects to alter or correct a reality that initially ignored them.)

Bridging the men’s various cinematic statements, a remarkable young actor, Terrick Trobough, plays their childhood proxies in each scene with a mature, porous receptivity to their pain – even though, as he quietly admits, “it’s not not my reality”. Greene’s own team, meanwhile, serves up survivor films artfully but modestly, never imposing excessive aesthetic veneer on fragile memories: the glassy, ​​edgy score by Keegan Dewitt and Dabney Morris, in particular, is a vital ally, its arrangements tightening and tightening according to the story told. Two of the men refrain from directing their own films, but their contributions are emotionally felt. Viviano, unable to share his experience for legal reasons, engages fiercely as an actor in the other men’s visions, while affable place scout Laurine’s winding and uncertain search for the site of his abuse of childhood and his brother makes it one of the most purely devastating films in film. bows.

For a film with so many open wounds, however, “Procession” never feels deeply dark or hopeless: it’s not hard to see why Netflix (having acquired the film after a successful debut in Telluride) was drawn to a work that leads with humanity and healing, without forcing for uprising where it clearly has no place. (On the one hand, the largely unsatisfactory fates of the men’s abusers – some escaped, others protected, none were fully brought to justice – are detailed in sober, resigned captions.) “Procession” is, in his elegant and restless way, an inspirational film, idealistically invested in cinema itself as a means of confession, confrontation and self-expression, notably when Greene hands over the camera to other filmmakers who need his power.