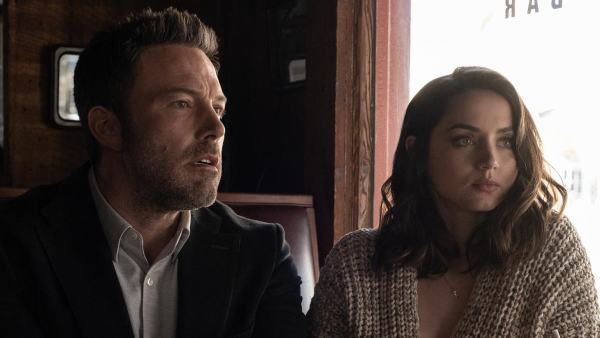 Parcel:
The story follows Victor Van Allen (Ben Affleck), a wealthy husband who allows his wife to have affairs in order to avoid a divorce. However, when his lovers start to disappear and end up dead, he becomes the prime suspect in the cases.

The film begins with a simple family of Victor Van Allen (Ben Affleck) and Melinda (Ana De Armas), both taking care of their beloved daughter. However, as their day progresses, it becomes apparent that other than their daughter, the two have nothing else left to hold them together. The seemingly loveless marriage only shows sparks in awkward fashion as Vic lets her have extramarital affairs in the name of love as she teases him with a number of lovers, hoping it will evoke the lost passion between them.

Everything, Everywhere, Everything At Once was written for Jackie Chan before Michelle Yeoh landed the role

However, understanding the two characters comes at a stretch of the imagination at the expense of the audience. Ben often shows up with the same sullen expression throughout the runtime, he raises the level of creepiness quite well, however, it’s the script and editing that get him wrong in the second half of the film. Ana keeps things interesting with several nuances in her character and performance, but the creators didn’t give her enough to push the plot forward on her own.

The story mainly follows Vic, whose obsession with snails, which makes several appearances, also leaves no impact on any part of the plot or the ensuing deaths. At the start of the film, Ana has already lost one of her lovers whom Ben widely claims to have killed to scare his new lover and plays it off as a joke. Also after her disappearance, the list of lovers continues to grow, so does the body matter, which ends up making the audience paranoid enough to think, is the girl involved?

The script plays with the idea of ​​Vic being sadistic, the ideal husband, victim of Melinda’s manipulation, or just plain psychopathic. But within three minutes it becomes apparent that her lovers are missing, the big reveal will leave you waiting for the declaration of misdirection, which never comes. The plot continues to prove its revelation for another hour and a half without consequence or underlying explanation.

Doctor Strange 2 to Star Halle Berry as Storm? The new hairstyle of the actress convinced the fans

deep waters
may have started with great intention, but the end product is not at its best. Ana De Armas does her best to keep moving forward, but it’s her character’s boring husband, Vic’s perspective that keeps things boring and snail-like.