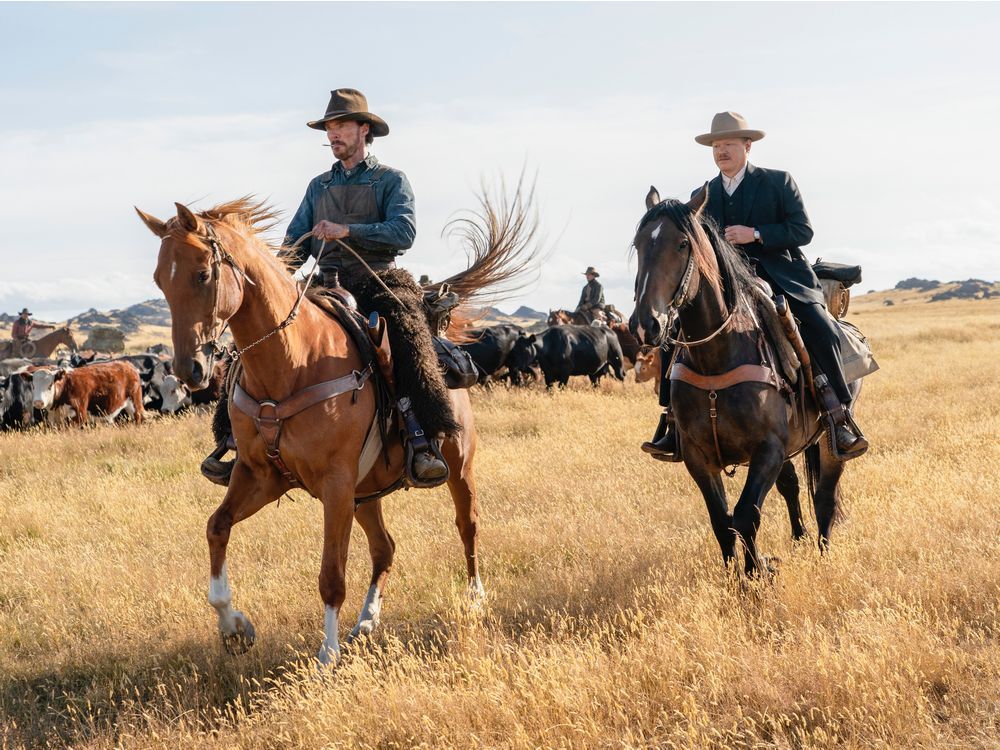 Roger Frappier has been making movies since 1971 and has produced some of the most famous Quebec films. Critical and commercial successes such as The Decline of the American Empire, Jesus of Montreal and The Great Seduction.

But it’s fair to say that the 76-year-old Montrealer had never experienced a morning like Tuesday. He was in Los Angeles with his girlfriend and family members when he learned that his latest film, The Power of the Dog, had been nominated for Best Picture at the Oscars. Even better, the film, written and directed by acclaimed New Zealand filmmaker Jane Campion, was the main Oscar nominee, with 12 nominations. They included nominations in three of the four acting categories. Benedict Cumberbatch is nominated for Best Actor, Jesse Plemons for Best Supporting Actor and Kirsten Dunst for Best Supporting Actress.

The two main nominees for the 2022 Oscars both have strong ties to Montreal. Dune is the second most nominated film with 10 nominations and it is directed and co-written by Montrealer Denis Villeneuve.

Villeneuve was not nominated for Best Director but made the shortlist for Best-Adapted Screenplay alongside co-writers Jon Spaihts and Eric Roth. Dune is also in the running for best picture. Dune is Villeneuve’s adaptation of the classic 1965 science fiction novel by Frank Hébert.

The Oscars will take place on March 27.

“It’s overwhelming,” Frappier said, by phone Tuesday morning from Los Angeles. “I’ve watched the Oscars all my life and never thought I’d be in the top picture category with such a fantastic film. It’s a beautiful day. Jane not only kept the essence of this great book by Thomas Savage but she put her own take on this story The power of the dog is 10 years of my life.

The Power of the Dog is a beautifully shot and amazingly acted harrowing drama about two brothers in the ranching business in Montana in the 1920s. It’s a slow gothic western, a drama about sexuality and, most surprisingly , a story of murder.

Frappier read the 1967 novel 10 years ago and immediately fell in love with it. But at the time, the rights were not available. Frappier kept in touch with the publisher at the publishing house, having lunch with her whenever he was in New York and 18 months later she called to say the rights were available.

He got them back but was still struggling to develop the project. He tried Sony. It did not work. He tried Amazon. Same thing.

Then came the call that changed his life.

“Three years ago, two weeks before the Cannes Film Festival, I received a phone call to my office in Montreal from a woman with a strange accent, saying, ‘Hi, I’m Jane Campion’s agent. , I would like to know if the rights to The Power of the Dog are available.’ I almost fell out of my chair.”

Frappier met Campion – whose films include An Angel at My Table, The Piano and The Portrait of a Woman – at the Carlton Hotel in Cannes and things immediately clicked between them. It turned out that the two were going to be in Rome a week after Cannes.

“We spent a week in Rome, every morning in the same little cafe, each with a copy of the book, discussing the characters and all that,” Frappier says. “It was amazing. There had been so many difficulties bringing it to the screen and suddenly it seemed not only possible but in the hands of the right person.

At the end of that week in Rome, Frappier told Campion the project was hers if she wanted it.

The film is already a big success. It had its world premiere at the Venice Film Festival, where Campion won the Silver Lion for Best Director. It had a limited theatrical release due to the pandemic, then premiered on Netflix on December 1 where it did extremely well in many countries, according to Frappier. He recently won three Golden Globe Awards, for Best Drama, Supporting Actor (Kodi Smit-McPhee) and Best Director.

“Even though it’s a period piece, I feel like it speaks to our contemporary situation,” Frappier said. “A man who thinks he’s so tough but at the same time he keeps all his feelings inside of him. And Jane understood the complexity of every character. It’s not black and white. It’s very complex And I think that’s what makes this movie so great.

Sign up to receive daily news from the Montreal Gazette, a division of Postmedia Network Inc.

Thank you for your registration!

A welcome email is on its way. If you don’t see it, please check your spam folder.

The next issue of Montreal Gazette Headline News will soon be in your inbox.

We encountered a problem during your registration. Try Again

2022-02-08
Previous Post: Mom caught driving drugs 16 TIMES over the limit dodges jail as judge tells her ‘you need help’
Next Post: 5 Songs From The Disney Musical We Love