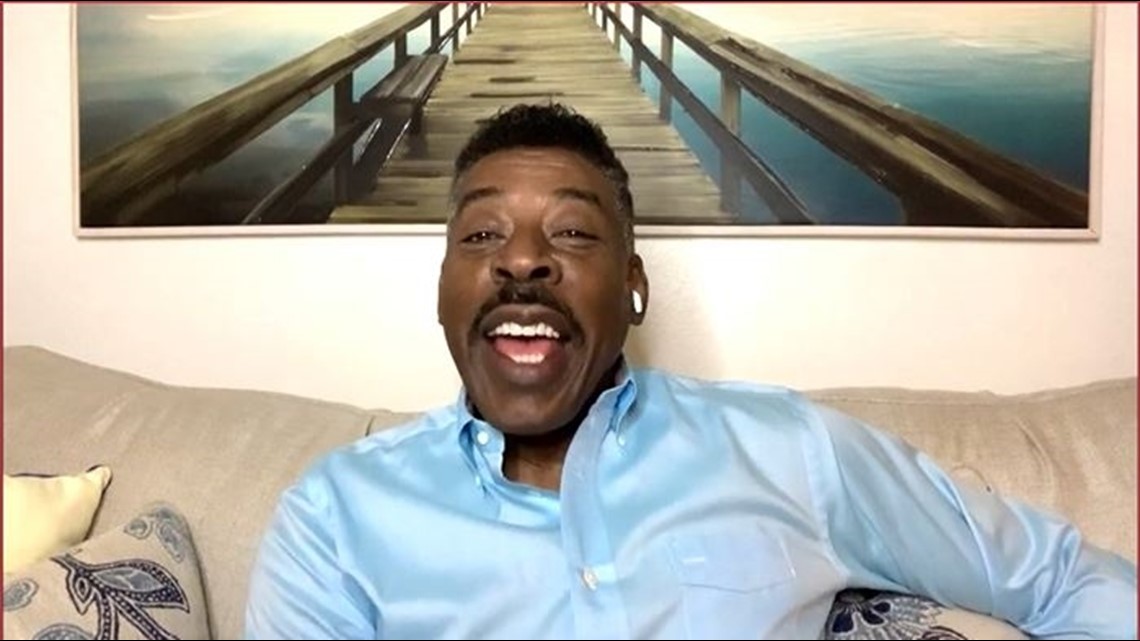 SEATTLE – One of the biggest box office hits of 2021 is now available on Blu-ray and DVD.

“Ghostbusters: Afterlife” opened at No. 1 and grossed nearly $200 million, signaling that audiences still love the franchise and were thrilled to see the original cast members reunited.

Entertainment reporter Kim Holcomb spoke to Ernie Hudson about the future of Ghostbusters and the film that brought him to western Washington three decades ago.

HOLCOMBE: “I have to start with the fact that I’m in Seattle because if my math is correct, ‘The Hand That Rocks The Cradle’ turns 30 this year?”

HOLCOMBE: “Do you have any fond memories of filming in Seattle or Tacoma?”

HUDSON: “Yeah, I had a great time up there. We shot in both places, mostly in Tacoma, but yeah, it was a great time, it was a great project. Curtis Hanson directed it and it was one of the best actor-director relationships I’ve ever had and I have nothing but fond memories of it.”

HOLCOMBE: “Apart from maybe the slap?”

HUDSON: “Yeah, because it wasn’t scripted. (laughs) I’m glad (Rebecca De Mornay) did it, but she could have warned me a bit.”

HOLCOMBE: “Let’s talk about ‘Ghostbusters: Afterlife.’ I feel like the statute of limitations for spoilers runs out when the Blu-ray comes out, so surprise! You’re in!”

HUDSON: (laughs) “Of all the things I’ve done, it’s really a family movie and a lot of people were reluctant to go to the theatre. It’s a chance for people to really experience it at home, with their family. They can enjoy it, so I’m really happy about that.”

HOLCOMBE: “On that note, what family dinner or snack do you recommend?” »

HUDSON: “Watching movies, popcorn is always fun, you just can’t eat too much of it because it’s hard to sleep on. (laughs) Chocolate is always great with marshmallows since marshmallows are such a big part of it. movie.”

HOLCOMBE: “Dan Aykroyd has talked about looking at maybe three more sequels with the original cast. Are you into that? Is that going to happen?”

HUDSON: “With Danny, anything is possible. I was happy to see this (movie) happen. It took almost 30 years to get there, so if there are more, I would love to be a part of it. Like I say it in the movie, if there’s a steady paycheck, I’ll believe anything you say. So here I am.”

HOLCOMBE: “Maybe you could shoot it here in the Seattle-Tacoma area? We have a lot of supposedly haunted places.”

HUDSON: “Definitely, Seattle. Definitely haunted places. I can’t wait to go anywhere. Being locked up for so long, I’m happy to be anywhere. Seattle feels like a good vacation so I would love to go.”

2022-02-02
Previous Post: BRIEF: Atlanta filmmaking duo hailed for their religious satire
Next Post: Who will be named? | Cinemablend