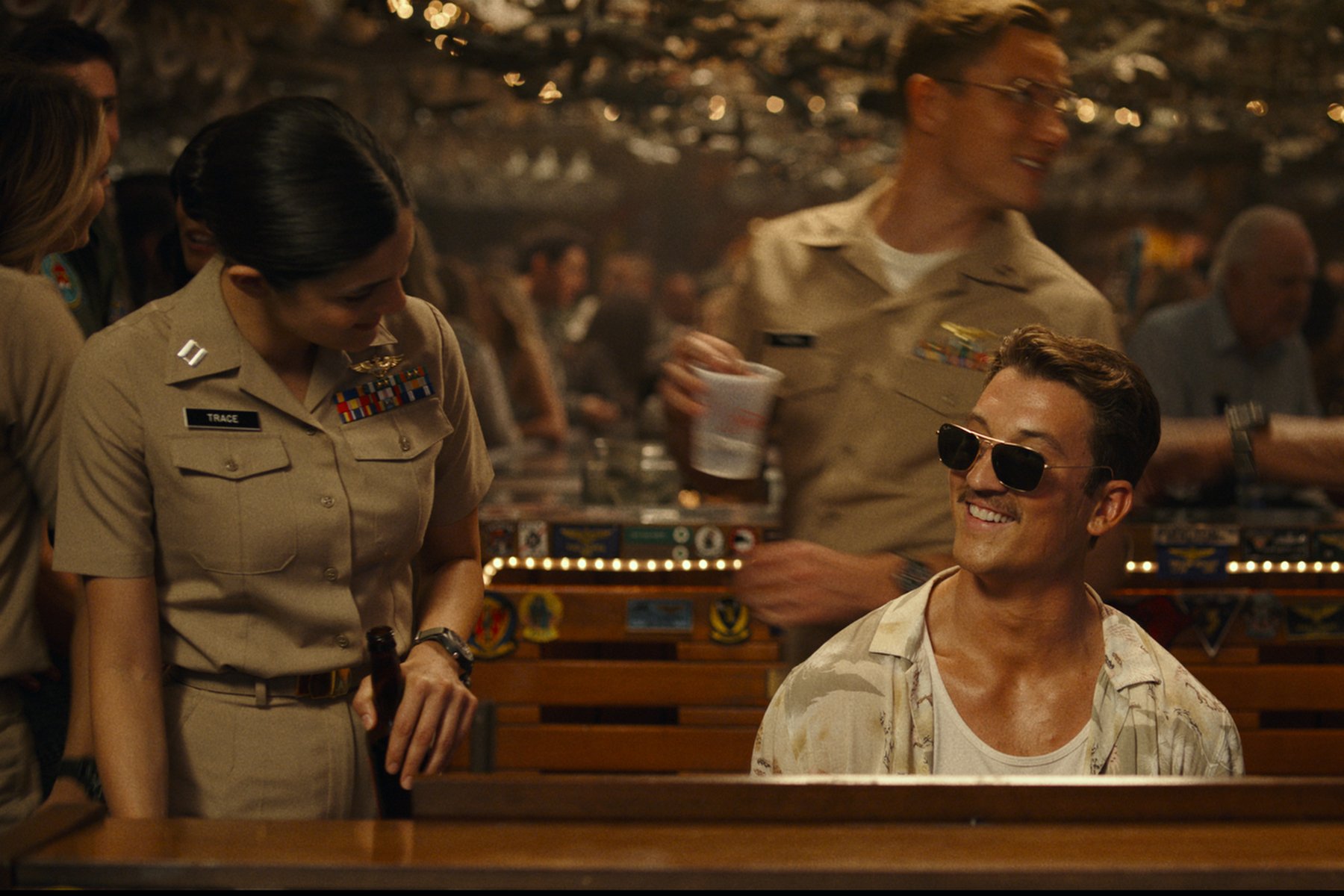 Every song featured in the movie

Top Gun: Maverick Soundtrack – Every song featured in the movie: May 2022 saw the release of one of the best sequels to a beloved classic film. Top Gun Maverick now has surpassed the Avengers Infinity War become one of America’s highest-grossing films. It crossed the $1 billion mark worldwide, earning $623 million in the United States alone. Currently, it is the highest grossing movie of 2022. With its Blu-ray and OTT version expected to release soon, it will continue to make more revenue.

It’s a sequel to one of the most revered classics of all time, “Top Gun,” which would have set the stage for then and now with protagonist Pete “Maverick” Mitchell played by Tom Cruise. . This movie made Tom Cruise a global star, a pronoun he enjoys to this day. He has been the star of the galaxy of highest-grossing films ever since.

The film follows the character of Tom Maverick as a thirty-year Air Force veteran turned test pilot through a new challenge as he is tasked with training rookies one of whom is the son of a deceased comrade at Top Gun; a training institute for the best of the best pilots. Uncertain of his future and grappling with his problems, Maverick must lead the next generation through a near impossible task.

TOP GUN: MAVERICK – ALL SONGS FEATURED IN THE FILM:

The film’s soundtrack is filled with many classics from its prequel as they incorporated the same music composer, Harold Faltermeyer, who along with Hans Zimmer breathes new energy into the soundtrack. Songs like One Republic’s ‘I ain’t worried’ and Lady Gaga’s ‘Hold my hand’ are on par with classics like Top Gun’s anthem and title tracks (You’ve Been Called Back to Top Gun) in the world by Harold Faltermeyer. The movie as well as the song playlist is worth every penny.

One Republic’s ‘I ain’t worried’ and Lady Gaga’s ‘Hold my hand’ were released as singles before the full album was released. Both songs did well on their own. They even got their own music videos which garnered millions of views.

Miles Teller’s ‘Great Balls of Fire’ brought back memories of the ‘Top Gun’ prequel. The track makes the experience of this movie much more enjoyable. The adrenaline rush, the emotions and the feeling of being one with the characters through the music are at the heart of this soundtrack. As the end credits roll, Lady Gaga’s “Hold my hand” plays, which sums up how much one feels about the film.

2022-08-21
Previous Post: All songs featured in the movie
Next Post: Marguerite Duras on writing the screenplay for Hiroshima mon amour by Alain Resnais ‹ Literary Hub