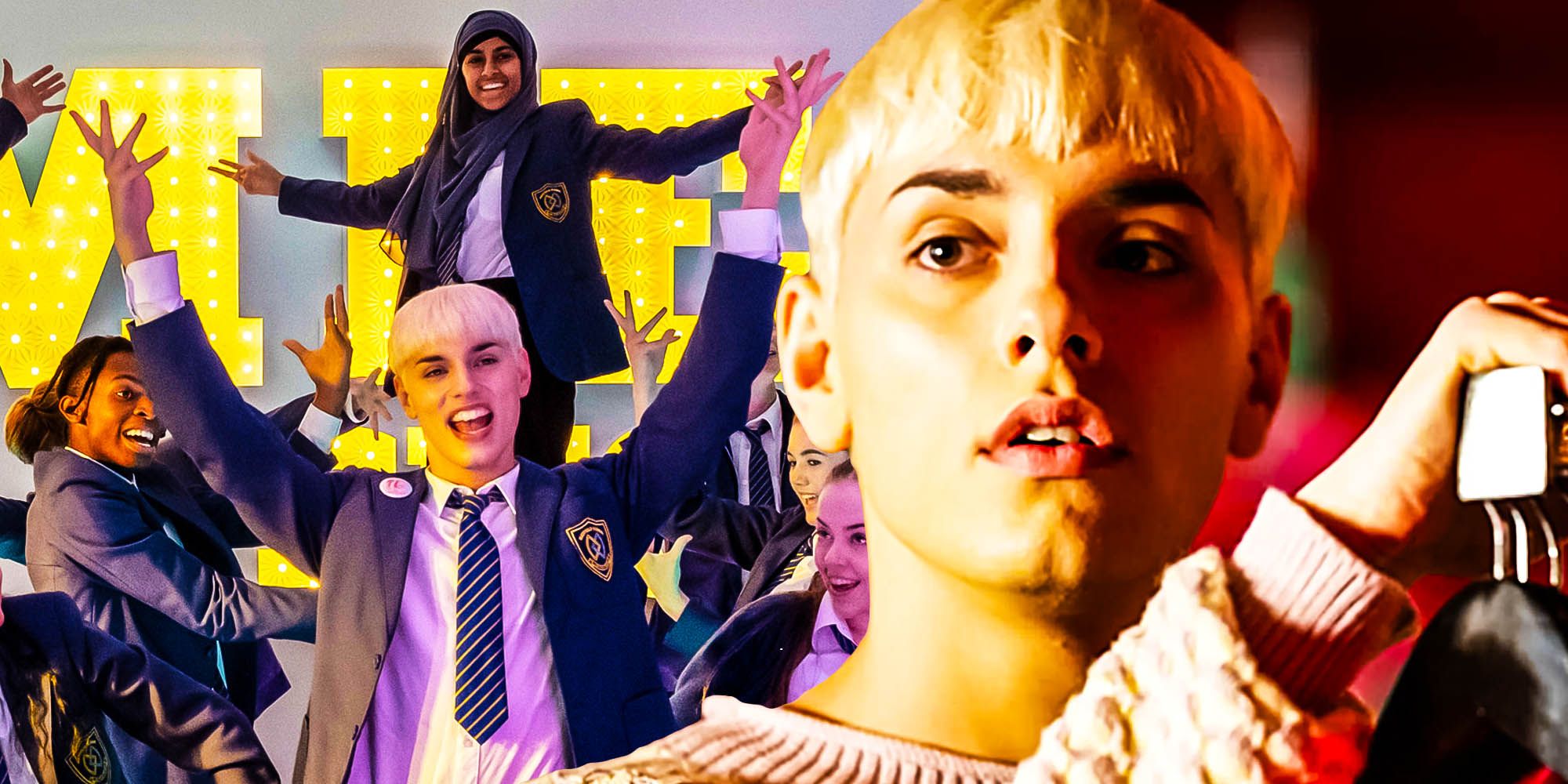 Everybody’s Talking About Jamie musical film tells the true story of a 16-year-old drag queen and includes a fun and upbeat soundtrack.

The biographical musical film Everybody’s talking about Jamie includes a fun and catchy soundtrack – here’s an explainer guide for each song. Based on a true story, the film is based on a musical adapted from the documentary BBC Three Jamie: Drag Queen at 16. Directed by Jonathan Butterell, Everybody’s talking about Jamie is about 16-year-old Jamie New (Max Harwood) who dreams of becoming a drag queen.

Jamie doesn’t fit into high school and his only friend is his classmate Pritti Pasha (Lauren Patel). His mother Margaret New (Sarah Lancashire) is very supportive of his dream of a drag queen, unlike his hateful father (Ralph Ineson) who wants nothing to do with him. Jamie also finds support from Hugo Battersby, played by Richard E. Grant who previously starred in Loki, Star Wars: The Rise of Skywalker, and many more.

Related: In The Heights: Every Song From The Movie

Everybody’s talking about Jamie seeks to inspire young viewers to love themselves by telling the true story of Jamie Campbell. The soundtrack reflects this uplifting message with uplifting songs about the characters’ hopes and dreams. The film adaptation removed 7 songs from the original musical and added a new song called “This Was Me”, which pays homage to the AIDS crisis, the death of singer Freddie Mercury and the adoption of his sexuality. in the 80s and 90s. Here is every song in Everybody’s talking about Jamie and where they appear in the movie.

“Everything” by Becky Hill – “Everything” plays during the opening credits as Jamie begins his day delivering the mail.

“I don’t even know it” through Max Harwood and the cast of the original album – Jamie sings “Don’t Even Know It” while daydreaming in class as her teacher Miss Hedge (Sharon Horgan) asks about the students’ future plans. Jamie imagines himself playing.

“Wall in my head” by Max Harwood and the cast of the original album – Jamie sings “Wall In My Head” when his dad doesn’t show up for his sixteenth birthday party. During the song, Jamie recalls happy childhood memories with his father.

“Spotlight” by Distribution of the original album – Pritti sings “Spotlight” to convince Jamie to wear heels to prom.

“It was me” by Holly Johnson – “This Was Me” plays while Hugo remembers his time as a drag queen. He shows Jamie old pictures from his past on television.

“WERK Girl” by Todrick Hall – “WERK girl” performs during a montage of Jamie working to save for his first drag show. These moments are interspersed with him building his character.

“Work of art” through Max Harwood and the cast of the original album – “Work of Art” stars as Miss Hedge mocking Jamie for her failed makeup experiment. At the end of the song, Jamie turned the mockery into an advertisement for his next drag show.

“Over The Top” by Distribution of the original album – “Over The Top” performs as Hugo encourages Jamie to do his first drag show, even though he knows tyrant Dean Paxton (Samuel Bottomley) is in the audience. The other drag queens cover the song during Jamie’s show.

“It means beautiful” by Distribution of the original album – Pritti sings “It Means Beautiful” to reassure Jamie when he’s depressed after Miss Hedge tells him he can’t go to the drag ball.

“This is my boy” by Distribution of the original album – Jamie’s mother, Margaret, sings “He’s My Boy” after learning she lied to him about her father. Jamie storms out and Margaret sits in their kitchen, alone and sad.

“My man your boy” through Max Harwood and the cast of the original album – Jamie and Margaret sing “My Man Your Boy” to each other after reconciling.

“While you are still young” through Sophie Ellis-Bextor & Le Sentiment – “While You’re Still Young” plays during a musical montage of students changing for the ball.

“Out of darkness (a place where we belong)” through Max Harwood and the cast of the original album – “Out Of The Darkness” plays during the ball while the students all dance together.

“When the time comes” by Chaka Khan – “When The Time Comes” is the first song in the end credits. It plays as images of the real people the movie is based on are shown on screen.

Next: Boys Criticize Lack Of LGBT Superheroes In Hollywood

Autumn Cejer is a TV / Film Writer for Screen Rant. She spent her life discussing popular media with anyone who wanted to listen to her, even appearing on conference panels to discuss her favorite (and least favorite) shows and movies. Autumn holds a Master of Arts in English from Northern Michigan University, where she also taught superhero-themed composition classes. She spends her free time drinking coffee and trying to resist the urge to buy new books before reading the ones she already has.

2021-09-19
Previous Post: Thailand plans to ease movie restrictions and reopen cinemas
Next Post: TIFF 2021: A playlist of memorable moments from the soundtrack