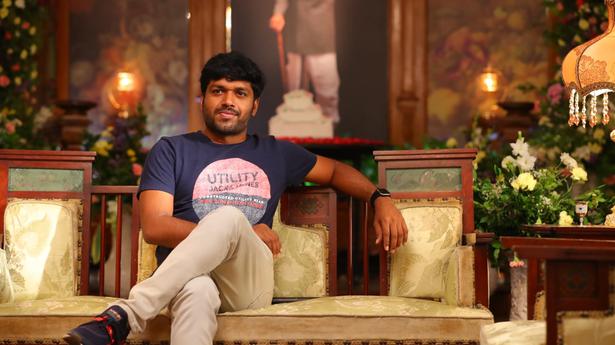 Telugu comedy F2: Fun and frustration was a sleeper hit that divided audiences when it was released in 2019. Director Anil Ravipudi, who previously entertained with films Pataas, Supreme and Raja the Great, became a bankable director who had a knack for delivering movies with mainstream masala and comedy. He followed F2 with action artist Sarileru Neekevvaru with Mahesh Babu, Vijayashanthi and Rashmika Mandanna. F2 was not meant to be a one-off film. Building on his potential, Anil wrote and directed F3which hits theaters on May 27.

Ravipudi Says Comedy Franchise Is New In Telugu Cinema Unlike Hindi Cinema Golmaal movies. ” F2 was a relationship comedy about frustration between couples in a middle-class family. Money is the cause of frustration in F3. My biggest challenge was to write a story and script that would be more entertaining than F2.”

The director is convinced that F3 will hit the bullseye and say, “The characterization, visuals, and dialogue have been crafted to take audiences on a fun ride. Characters will display their greed and cunning in their attempt to earn more money.

Some character traits of F2 were retained. Venkatesh Daggubati will reenact his ‘Venky asana’ and actor Pradeep will break his silence to say ‘anthega anthega’ (that’s it, that’s it). Varun Tej, Tamannaah Bhatia and Mehreen Pirzada will be placed in a new environment, doing all they can to earn money. Actors Sunil and Ali are the additions for the comedy and Sonal Chauhan and Pooja Hegde appear in brief parts.

In writing F3, Ravipudi avoided any plot similarity to earlier Telugu comedies which had money-obsessed characters. He grew up watching Telugu comedies by Jandhyala, SV Krishna Reddy and EVV Satyanarayana, and Charlie Chaplin films: “I used to re-enact the comedy sequences and imitate the actors for my friends.” He chooses Aha Naa Pellanta, Appula Apparao and Yamaleela like some of his favorite Telugu comedies.

However, one film that left him in awe for its story and screenplay, he says, is Maya Bazaar“It’s the best script I’ve come across. Every time I watch it, I’m amazed at how entertainingly great an action romance has been told with humor throughout the film. .

A keen observer of people, Ravipudi says this helps him develop characters with unique traits: “When I first meet someone, I observe their body language and mannerisms. EVV, Krishna Reddy and Jandhyala have used behavioral humor in their films. I, too, rely on this aspect.

Ravipudi admits that writing a comedy is not always easy. “You can design action or emotional sequences more easily than writing a comedy. We never know if what we write will appeal to the audience; people judge comedy quickly.

Work on F3 during the pandemic posed challenges, given the uncertainty: “Like many others, my family and I have also been affected by COVID-19. During the second wave, I couldn’t concentrate on cinema for three to four months. As film shoots were at a standstill, it gave me time to recuperate.

Anil hopes the audience will like F3. Comedies like Jaathi Ratnalu and DJ Tilli performed well during the pandemic, he mentions. “After all, laughter is the best medicine.”

In F3, Venkatesh’s character has night blindness and Varun stutters. These are tricky areas around which the comedy has woven itself. Anil has already done this in Raja the Great, in which Ravi Teja played a visually impaired character. “A lot of people have discouraged me from doing Raja the Great. They asked how I could maintain the humor throughout the film. But it worked.”

Next, Anil Ravipudi is working on an action drama starring Balakrishna and Sree Leela. “It will be different from the worlds of F2 and F3; I need a break before another comedy.

2022-05-20
Previous Post: “Hollywood loves the script, the action”, netizens praise the star of Kangana Ranaut
Next Post: Every song ranked, from worst to best