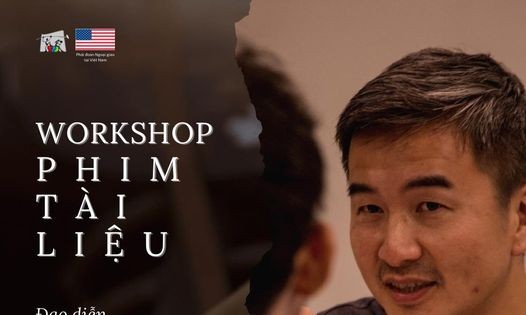 The program is co-hosted by the Film Talent Support and Development Center (TPD) and the US Embassy in Vietnam.

The workshop will be held at THINK – Training Space, 116 Nguyen Van Thu Street in Da Kao Ward of District 1 in HCMC on November 2-3; and at the TPD Center, 18A Ngo Tat To Street in Dong Da District, Hanoi, on November 7 and 8.

People can register to attend the event at bit.ly/WSphimtailieu.

S. Leo Chiang is a filmmaker based in San Francisco and Taipei. His new movie, Our time machinehas performed at over 50 film festivals around the world, winning 10 awards and nominated for an Emmy Award (News & Documentary) and a Gotham Award.

He recently directed two episodes of the Peabody Award-winning 5-part PBS series, Asian Americanswhich traces the epic history of Asians in the United States over the past 200 years.

Besides his work as a director, Leo has been a producer for After the rain (Special Jury Award, Doc NYC 2021), and produces upcoming films Dark is not blackand My sister in-law, the Prime Minister.

2022-10-28
Previous Post: How to prepare for a recession if you are -2-
Next Post: THE SOUNDTRACK OF HIT AUDIBLE ORIGINAL IMPACT WINTER AVAILABLE NOW ON SKYBOUND AND ANONYMOUS CONTENT