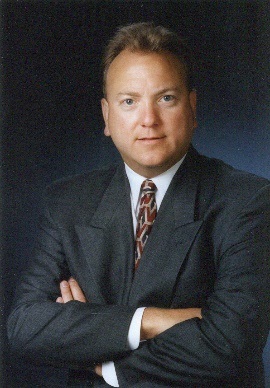 Plymouth, MI, United States – September 8, 2021 – Most writers hope that one day their book will be adapted into a movie or series on Netflix or HBO. “I have never met an author who could not imagine his book on the big screen,” says book publisher Scott Lorenz of Westwind Book Marketing. â€œThe question is, how does an author do this?

â€œThere are many paths that authors can take to adapt their book for film,â€ explains Lorenz. “I recently spoke with two writers, Oliver Tuthill and Tara Walker, and they offered great advice to writers interested in the ‘spec’ script path.” 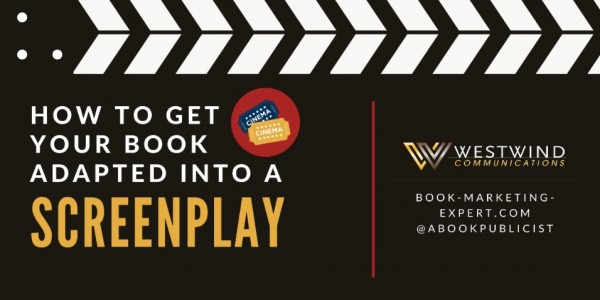 Scott Lorenz: Can you give me examples of books that have been adapted into screenplays and made it to the movies?

Oliver Tuthill and Tara Walker: Robert Bloch wrote a novel in 1960 called Psycho, and Alfred Hitchcock had it adapted into a screenplay. It became the most famous film of Hitchcock’s career. Louisa May Alcott’s novel Little Women has been adapted into feature films three times. More recently, in 2019, Greta Gerwig adapted it as a screenplay, and the popular film sparked renewed interest in the story.

Another well-known adaptation of a novel was Dan Brown’s DaVinci Code written for the screen by Akiva Goldsman which made $ 760 million at the box office worldwide. George RR Martin’s novels, Game of Thrones, became one of the greatest television series hits of all time, once adapted for television. One of the most popular novelists alive is Stephen King, and screenwriter Frank Darabont adapted King’s short story into Shawshank Redemption, which was a monumental success. These are just a few examples of very successful writers, and it’s a tough business.

Scott Lorenz: What kind of strategy can a book writer use to adapt a book into a screenplay?

Oliver Tuthill and Tara Walker: There is a method that every writer can follow that turns your book into a script and then a movie.

First of all, you need to have a finished book, and assuming you do, your next step would be to find a professional screenwriter who you could work with to adapt your novel as a screenplay. Professional screenwriters are highly skilled professionals who have spent many years, if not decades, honing their craft. Once you find a screenwriter to work with you, the writer should realize that a screenplay is going to be around 90-100 minutes long, so it’s impossible to cover all of the dramatic events in your book. The screenwriter will work with you to include the highlights of your book to make it accessible as a cinematic experience, to be viewed within an hour and a half to two hours.

Scott Lorenz: Let’s just say you hired a screenwriter to adapt your book into a screenplay. Now what?

Oliver Tuthill and Tara Walker: If you’re lucky, you might have hired a screenwriter who also works in the industry as a film producer. In this case, the producer can represent your screenplay and try to find a production company that would be interested in producing it. Most successful screenwriters are represented by a literary agent in Hollywood, with whom they can submit the screenplay. Then their agent will submit the scripts to production companies who are constantly on the lookout for new scripts to turn into feature films.

Most producers looking for new scripts are much more likely to produce scripts adapted from a book. Another option for moving your screenplay forward into production would be to have it participate in film festival competitions. A producer might see it in that place and might like it enough to choose the writer’s script. An example of this was when writer Evan Daugherty submitted his screenplay, Snow White and the Huntsman, to the Script Pipeline script contest. His screenplay won the contest, and as a result, he sold Snow White and the Huntsman to Universal for $ 3.25 million.

It was one of the biggest studio specs sales of all time, and its success made Evan one of Hollywood’s most sought-after writers. The film was also a big hit and grossed $ 450 million worldwide.

Scott Lorenz: Can my book authors expect to be paid over $ 3 million when they sell their scripts to movie studios?

Oliver Tuthill and Tara Walker: It is possible, but you would need a very good sales agent to help you close the deal. Also, a bidding war between film companies would be an ideal situation for the writer to make more money. As an example, Joe Eszterhas, who wrote Basic Instinct, sold his spec script for $ 3 million to Carolco Pictures. A specification script is a script that an author writes without receiving any upfront payment. Bill Marsilii and Terry Rossio were paid $ 5 million for their script, Deja Vu, which was also a specific script.

Scott Lorenz: Sounds exciting! How can people contact you if they want help adapting their books to scripts?

Oliver Tuthill and Tara Walker: We can be reached via my website: https://bit.ly/BestScriptDoctor.

â€œFor authors looking for more media exposure, consider investing in book marketing and advertising book. Hollywood likes to see a bestselling book with lots of reviews, author interviews and publicity because it confirms the popularity and previous success, â€Lorenz said. “I have already written on producers offering advice to authors for the film adaptation and how you can get a Hollywood producer interested in your book in my blog Book-Publicist.com, said Lorenz.

Book Publicist Scott Lorenz is President of Westwind Communications, a public relations and marketing firm with a special talent for working with authors to help them get all the publicity they deserve and more. Lorenz works with bestselling and self-published authors promoting all types of books, whether it’s their first book or their 15th book. He has done advertising for books by CEOs, CIA officers, Navy SEALS, housewives, fitness gurus, doctors, lawyers, and adventurers. Her clients have been featured by Good Morning America, FOX & Friends, CNN, ABC News, New York Times, Nightline, TIME, PBS, LA Times, USA Today, Washington Post, Woman’s World and Howard Stern to name a few. -a.

Learn more about Westwind Communications ” book marketing approach to https://www.book-marketing-expert.com or contact Lorenz at [emailÂ protected], or 734-667-2090 or complete the form below.