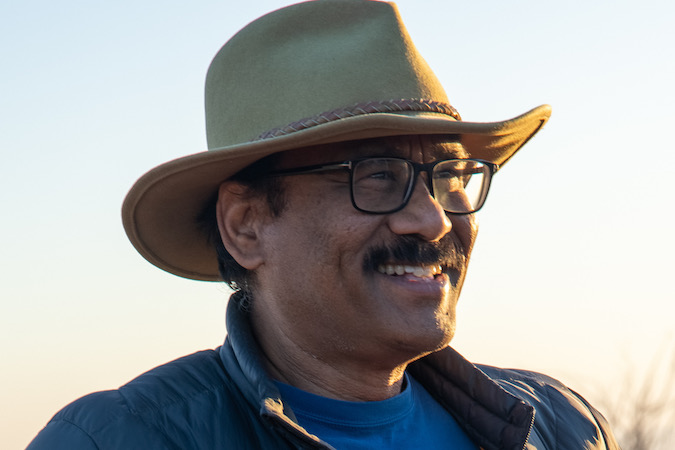 How an engineer solves scripting problems

Rao Meka founded shopVox – the first cloud-based software for the graphics industry – in 2009. Since then he has joined the advisory board of LegionM, become vice president of marketing for MovieMaker and learned to establish himself as a producer. In our new feature, Engineering Hollywood, he uses his engineering skills to solve problems and break into Hollywood. First up: the challenges of screenwriting. —MM

I am from India. I moved to the United States and earned a master’s degree in industrial engineering from New Mexico State University before moving to San Francisco to work for tech start-ups. I started my own business and things went well enough that I could start pursuing my other dreams. So in 2018 I moved to Los Angeles and founded a production company, 1729 Pictures, to produce high quality entertainment.

I didn’t know a single person in the industry. I just thought, If I wanna make movies, I should be in LA There’s a joke that every Indian thinks they can make a movie – we watch enough of that, don’t we? But I knew that I was different: as an entrepreneur, I was always above all a storyteller. As a product manager and evangelist of my own software, I could tell a story and sale a story. Surely I could make my way to Hollywood?

I had an idea for a story I wanted to tell about my life in the United States, so I bought a copy of Final Draft and got started: slug line, action description, dialogue under the names . In six weeks, I had over 140 pages. Because my brain works weird, I needed to see the poster. I first visualized it, then realized it. Next, a one-page website. I added a link to music from YouTube.

Now I was ready to conquer Hollywood.

Luckily, I finally found a connection thanks to the first customer who used my software 10 years ago. His fiancee had a brother in Hollywood. When I looked him up online, I was blown away: he was one of the best producers in the business. He had sold his company which had more than 100 titles, films that you will certainly recognize. He was now working on smaller projects. I was afraid to go meet him, but he was so kind and invited me to dinner at his house in Malibu. He even invited a few other people to meet me. At dinner, I presented my story and showed him my website and my poster. He was impressed. No, he loved it! He asked me to send the script, and I did the next day.

I didn’t hear from him for two weeks. So I called him.

Then he asked me a very profound question: “Are you here to do your little passion project and leave? Or are you here to become a real producer?

I said the latter. Then he said, “Go find some good stuff. Put that thing of yours aside.

Because I was so devastated, I didn’t have the courage to ask: How to find “good material”? I was less worried about my script sucking than I was about this new challenge. Because art is subjective, how do you know what’s good?

I read a lot of scripts on The Black List. I appreciated the coverage from people with expertise and experience, but in the end, isn’t the coverage just an opinion? Wasn’t there a more accurate way to find well-verified material?

Yes, I realized: Books published. The books go through a rigorous examination: An agent. An editor. An analysis by the marketing and advertising teams of a publishing house. Then notice, and number of copies sold. With my brain of an engineer and a mathematician, I decided that the best way to find “good material” was to find a book that had sold a good number of copies.

Also Read: James Gray – How I Did It armageddon time

But how do you determine the value of the novel you’re trying to option? And of course, you are competing against experienced growers who have already settled on many of the hottest properties. Maybe you’re doing something unscientific: just go for a book you like. But there is still this problem of subjectivity.

So maybe you do what I did: find a novel that was popular in another language, but not in English. You know, the story is good. You just need to trust that you can translate it on screen for an English speaking audience. Once I found my book — a beautiful love story, I’m keeping the title a secret for now — I had to figure out how to option it. And again, I hardly knew anyone.

The poster Rao Meka made for his first screenplay, which a major Hollywood producer stopped reading. But Rao’s journey didn’t end there.

It is difficult to determine who owns the rights to a novel. This may be the author or his estate. You have to dig. You can contact the publisher, but how? Nobody picks up the phone. Your email can go into a black hole. Unless you are a known producer, no one answers you. (You can’t take it personally. Why should they respond to an email from a random guy? I wouldn’t.) Maybe you’ll get lucky and catch someone exactly at the right time and that he will see past his skepticism and give you a chance.

Otherwise, get a lawyer.

Not to sue anyone, of course. Hire an entertainment lawyer who has done these deals before and is knowledgeable about them. Which of the thousands should you hire? You can read stories in Deadline on the books as an option, and I hope they mention the attorney in charge, and I hope the attorney is better at answering calls than the people at the publishers. Or you can call the only person you know in Hollywood.

In my case: the producer who found my scenario atrocious.

I asked if he could recommend a lawyer, and he did. This lawyer, Gary Hirsch, is my a lawyer now, and he’s brilliant and wise. With his focus and experience in the film and television industry, he has been a mentor to me. But even after paying a lawyer, there are no guarantees.

Because why would the author/agent/publisher give you the rights? You have nothing to prove your credibility. This is where you might want to hire a consulting producer – a credible person who has done great projects and has real credits. I found someone through my lawyer: Jonathan T. Baker, whose many credits include Sylvia’s love and The banker. Now Gary Hirsch has sent in the option offer for the book, with money and a known entity attached.

How much should you expect to pay? Option prices vary. I paid $5,000 for the rights to the foreign language love story. I picked up another one for under $1000 – the author was a friend’s sister. And I don’t just stick to the books – I recently bought a script from a friend for less than $10,000, after falling in love with it. So considering attorney fees and all that, I’d say you can get the option on a good book for $5,000 to $25,000.

Typically, an option lasts 18 months, with automatic renewal for an additional 18 months if you pay the renewal fee. That gives you three years to get into production or buy the rights to the book. Of course, there are a lot of details — that’s why you need a good lawyer. You’ll also want to educate yourself on all aspects of the deal, and an experienced professional will be happy to teach the newcomer to town.

Here’s something foreigners don’t realize: you don’t have to pay for the movie. You just need to spend enough to package – or develop it to the point that a financier will invest in it. This usually means adapting the novel into a screenplay, creating a pitch deck, and hiring an online producer to come up with a realistic budget. The only thing that could drastically change is if you tie up a big star or a big star director and have to stick to their quote. But it’s a nice problem to have.

It’s all in the story.