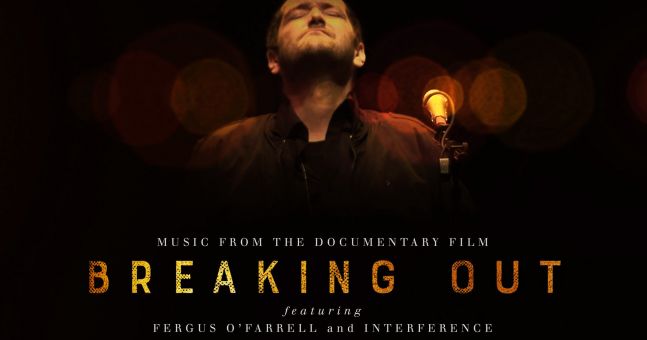 The soundtrack will feature a brand new song; the last worked by Fergus O’Farrell before his death.

An album of the original soundtrack of the documentary To burst, about Cork singer/songwriter Fergus O’Farrell, has just been revealed.

Released exclusively on Bandcamp today, the music will consist of eleven tracks “chosen to represent some of Ferg’s finest songwriting.”

All songs featured have been remastered by Bob Ludwig of Gateway Mastering. as well as “restored, re-engineered and mixed by longtime interference producer Dan Dan Fitzgerald at his Sound Sound studio in Cork, Ireland,” according to a press release accompanying the news.

The album was also released on the birthday of singer Fergus O’Farrell who died at the age of 46 from muscular dystrophy on February 2, 2016.

Breaking Out: the soundtrack also features the brand new song “I Owe You Nothing”, the last song Fergus worked on before his death.

“Written by Fergus and Malcolm MacClancy, the song features heavily in the film where we see Fergus and Glen with other members of the Frames recording the song, at Ferg’s home in Schull West Cork, about two weeks before he ultimately loses its battle with Muscular Dystrophy,” the press release also reads.

“The song was completed by Karl Odlum with a little help from James O’Leary and Glen Hansard before being shipped to Bob Ludwig in Portland Maine, USA to be mastered alongside the ten other tracks chosen for the album. .”

The complete soundtrack tracklist of To burst is as follows:

Listen to the album below.