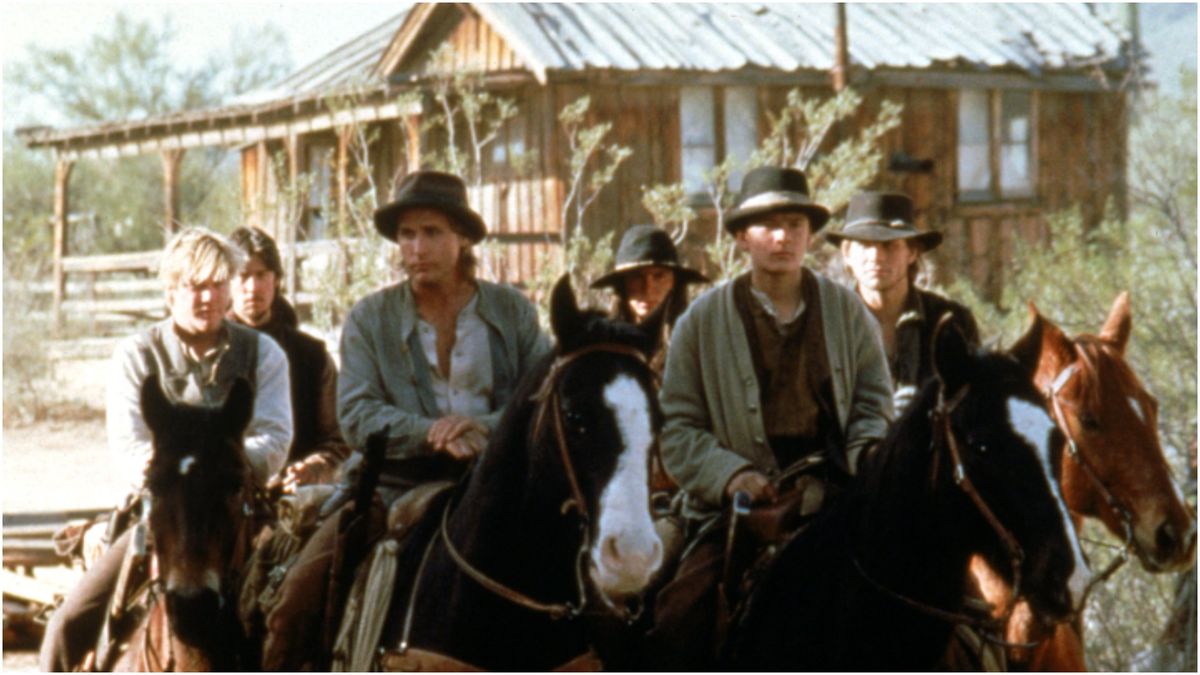 Is it just me, or is Blaze of Glory the best soundtrack of all time?

Never one to underestimate things, Jon Bon Jovi achieved a staggering feat of passing with his 1990 solo debut album. When Young Guns II star Emilio Estevez asked permission to use the 1986 hit Bon Jovi’s “Wanted: Dead or Alive” on the soundtrack, JBJ composed a full suite of original songs instead, including the Billboard #1 “Blaze of Glory.”

What’s even more remarkable is that, while the film is average, the album is a chilling classic, receiving Grammy and Oscar nominations. Considering it’s purely commercial country rock, the range of music is impressive, ranging from AOR (“Billy Get Your Guns,” “Justice in the Barrel,” “Never Say Die”) to workout honkytonk (“You Really Got Me”) and gospel (“Bang a Drum”), each serving the narrative perfectly. All this, plus special appearances from Elton John, Jeff Beck and Little Richard, and quotes from John Donne and The Bible.

JBJ had imagined himself as a cowboy before, but the story of Billy the Kid (Estevez), whose fame also sealed his fate, clearly struck a chord. “All this fame doesn’t bring you freedom, though it wears a slight disguise,” he sings on the moving “Dyin’ Ain’t Much of a Livin.” Having sold some 40 million albums, he himself must have felt this disguise dwindling.

Yet this is not a vain project. Like Bon Jovi’s best songs, ‘Miracle’ and ‘Santa Fe’ celebrate courage in the face of insurmountable odds, though, as the beautiful campfire ballad ‘Blood Money’ acknowledges – a blessing from Billy to his betrayer / killer Pat Garrett (William Petersen) – there is no way out.

With its sunburned slide guitar, military drums and whispered prayer middle eight, the bombastic “Blaze of Glory” even leans deep. Here, JBJ traces the intertwining of infamy and immortality back to Cain and Abel, celebrating the living, the dying and everything in between. The result is an unparalleled soundtrack for a perfect movie, no matter that it only exists in Jon Bon Jovi’s head… or is it just me?