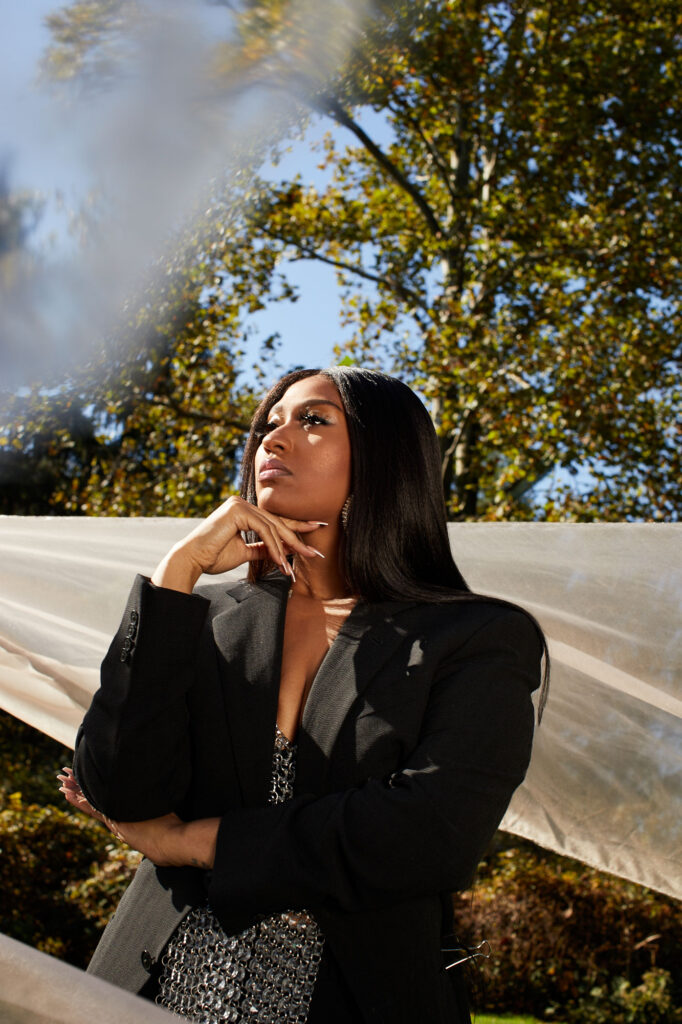 Jazmine Sullivan Shares ‘Stand Up’ Movie Soundtrack From ‘Till’

Two-time Grammy-winning singer and songwriter Jazmine Sullivan has released “Stand Up,” a new original song she co-wrote with Academy and Grammy-winning songwriter/producer D’Mile for Until. The song will play during the film’s final scene and end credits.

According to the press release, “Stand Up” gives a poignant voice to Mamie Till-Mobley, the mother of Emmett Till, whose son was tragically lynched in 1955 for whistling a white woman.

“I’m honored to be able to contribute to such a powerful film about such a historic and tragic moment in American history,” Sullivan said.

Director Chinonye Chukwu praised Sullivan’s songwriting and dedication to the new song. “It was a real dream come true to have the Jazmine Sullivan pen and perform ‘Stand U’ as Till’s end credits,” Chukwu said.

“A passionate and militant artist, Jazmine delivers a hymn to justice and hope; one that lights a fire to stand up for all the people whose lives have been senselessly cut short because of America’s deep-rooted, white supremacy.

The film premiered at the 60th New York Film Festival. It will be released in select theaters on October 14 and will debut nationwide on October 28.

“Stand Up” is Sullivan’s second contribution to a film this year. She provided emotionally faithful cover of “Sometimes I Feel Like A Motherless Child” for Baz Luhrmann’s biopic, Elvis, which debuted in June. It too was produced by D’Mile.

Since winning two R&B Grammys in April for Tales of Heaux and her platinum single, “Pick Up Your Feelings,” Sullivan was unstoppable.

Sullivan just landed her sixth top 10 single on the Billboard Adult R&B Airplay chart with “Hurt Me So Good.” The painfully beautiful ballad appears on the deluxe edition of Tales of Heaux, released in February. The standard version of the album was certified gold, with over 500,000 equivalent units sold by the end of the summer.

In September, Sullivan teamed up with Emmy-winning musical director and producer Adam Blackstone to reimagine Thelonious Monk’s “Round Midnight.” A week earlier, John Legend enlisted her for “Love,” a song from his eighth studio album and Republic Records debut. LEGEND.

Sullivan works with Legend for NBC season 22 The voice as a combat advisor on Team Legend.

Next, on October 8 and 9, Sullivan will perform at ONE Musicfest in Atlanta, Georgia. Additionally, later this month, she will take the stage at the Austin City Music Festival at Zilker Park in Austin, TX.

Stream Jazmine Sullivan’s “Stand Up” below.