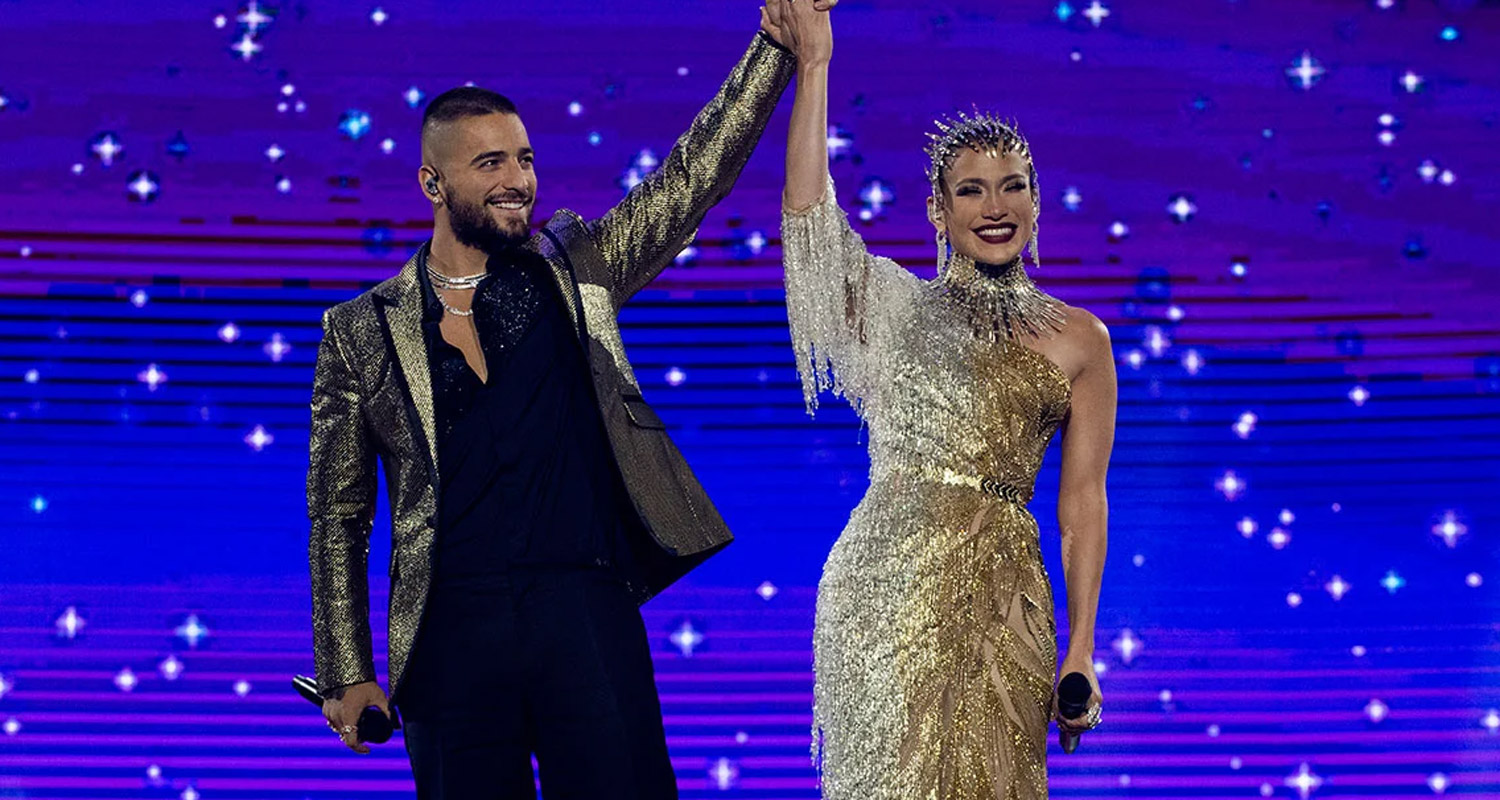 The soundtrack of Marry me is officially out now!

Less than two weeks before the release of the highly anticipated new romantic comedy, Jennifer Lopez and Maluma dropped the soundtrack containing all the songs included in the film.

On the soundtrack, Jennifer has seven solo songs while Maluma has two songs.

Together, the two artists collaborated on three songs, including the title track, “Marry Me.”

Here is a synopsis of the film: Kat Valdez (Lopez) are one half of the sexiest celebrity couple on Earth with new music supernova Bastian (Maluma). As Kat and Bastian’s must-have hit single “Marry Me” climbs the charts, they’re set to wed in front of an audience of their fans in a ceremony that will be streamed across multiple platforms.

Charlie Gilbert, high school math teacher, divorced (Owen Wilson) was dragged to the concert by his daughter Lou (Chloe Colman) and his best friend (Sarah Silverman). When Kat learns, seconds before the ceremony, that Bastian cheated on her with his assistant, her life takes a turn for the worse as she breaks down on stage, questioning love, truth, and loyalty. As her gossamer world fades away, she locks eyes with a stranger – a face in the crowd. If what you know is failing you, then maybe what you don’t know is the answer, and so, in a moment of inspired madness, Kat chooses to marry Charlie. What begins as an impulsive reaction turns into an unexpected romance. But as the forces conspire to separate them, the universal question arises: Can two people from such different worlds bridge the gap between them and build a place where they both belong?

Marry me will hit theaters and on Peacock on Valentine’s Day. You can watch the trailer here!

You can download the Marry me soundtrack from iTunes here and stream it below!

2022-02-04
Previous Post: Best Original Screenplay Predictions for the Oscars: Race to Three?
Next Post: When it comes to independent cinema, nothing beats the house