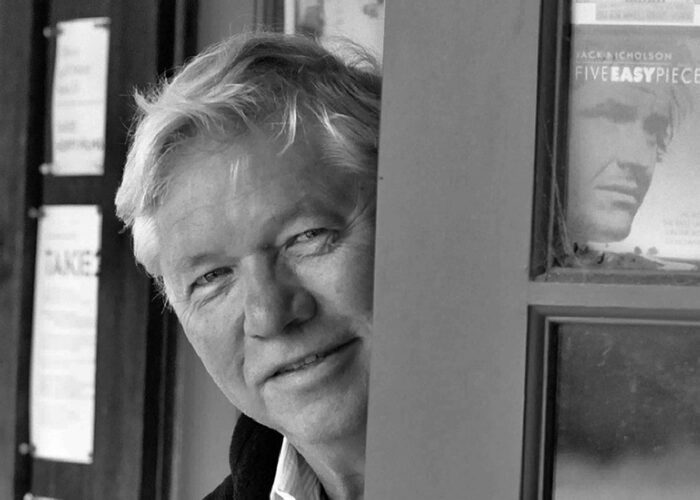 John Korty, award-winning director who helped establish cinema in the Bay Area, has died at 85

He achieved Cicely Tyson’s greatest achievement in one of the TV events of the 1970s, and decades before ‘The Mandalorian’ and ‘Obi-Wan Kenobi’, he was the first to expand the ‘Star Wars’ universe. ” on the small screen.

But Oscar- and Emmy-winning filmmaker John Korty’s most enduring cinematic contribution, who died March 9 at his Point Reyes Station home at age 85, might have been that he put down roots in Marin County and he would not leave. He influenced good friends George Lucas and Francis Ford Coppola to do the same, helping to forge the so-called “New Hollywood” that dominated the 70s.

Korty grew up in the Midwest and was living in New York in 1963 when he decided to drive across the county in his Volkswagen bus. When he arrived in Stinson Beach, a real estate agent said, “There’s a big house on the hill and it’s very expensive and the landlords want three months’ rent up front,” Korty told The Chronicles in 2011.

The price of a two-bedroom, ocean-view lodge-style home with a living room with a 2½-story ceiling and a loft? $125 a month – exactly what he paid for a closet-sized apartment in New York.

Thus takes root a career of half a century of forty films.

Korty first came to prominence in the mid-1960s with a satirical anti-smoking short film he made for the American Cancer Society, titled “Breaking the Habit”, which was nominated for an Academy Award. , and the distinctive independent marital relationship feature “The Crazy-Courtepointe.”

Soon after, he started his own independent company, Korty Films, in Mill Valley and never stopped working. However, there won’t be a major breakthrough like those experienced by his friends, Coppola (“The Godfather”) and Lucas (“American Graffiti”, then “Star Wars”). Korty claimed to have been offered and turned down “The Last Picture Show” and “Jaws”, but he accepted the gig as the second unit director of Robert Redford’s film “The Candidate” (1972).

Her greatest success came in 1974 for her sensitive handling of ‘The Autobiography of Miss Jane Pittman’, a made-for-TV adaptation of Ernest Gaines’ bestselling novel about a 110-year-old woman who decides to join civil rights. . Movement and recounts his life which began as a slave. Propelled by a stunning performance by Tyson – equally compelling at 23, 45, 80 and 110 (made up by Stan Winston and Rick Baker) – the film was at the time a rare mainstream attempt to reframe the experience of black Americans in a historical context.

CBS’ Jan. 31, 1974, television broadcast was seen by an estimated 50 million people, won nine Emmys (including for Tyson and Korty), and helped whet the appetite for a miniseries adaptation of “Roots.” : The Saga of an American Family” by Alex Haley. later that decade.

“The next day, I got non-stop phone calls from some great people in the industry who said how incredibly emotional they were,” Korty said the day after the premiere. “It was one of the best days of my life.”

Also in the 1970s, Korty created animated shorts for “Sesame Street” and “The Electric Company” on PBS and directed the TV movies “The People,” a Coppola-produced science fiction film starring William Shatner. ; “Go Ask Alice,” an anti-drug movie with an all-star cast that drew big audiences; and “Farewell to Manzanar”, about the camps that interned Japanese Americans during World War II.

On the big screen during this period, he directed Jack Lemmon and Geneviève Bujold in “Alex and the Gypsy” (1976) and Ryan O’Neal and Candice Bergen in “Oliver’s Story” (1978), the sequel to “Love Story”.

But her biggest hit in that decade after “Jane Pittman” was the documentary “Who Are the DeBolts? And Where Did They Have Nineteen Children?” The film chronicles Dorothy and Bob DeBolt, a couple remarkable Bay Area who adopted 19 children, many of whom were physically disabled war orphans.Thanks to Korty’s empathetic and humanistic approach, an often under-discussed strength of Korty’s directing, the film has won both an Oscar and – when edited up to 50 minutes for an ABC special narrated by Henry Winkler – an Emmy.

Then, in the 1980s, his old friend Lucas came calling. He asked Korty and animator Charles Swenson to helm a pet project, “Twice Upon a Time,” a dark animated tale that was painstakingly crafted over three years at Korty Films with a stellar team of future directors. , including David Fincher (special photographic effects) and Henry Selick (sequence director).

After ‘Star Wars: Return of the Jedi’ introduced the world to furry Ewoks, Lucas tapped Korty to direct the TV movie ‘Caravan of Courage: An Ewok Adventure’, the universe’s first television spin-off. “Star Wars” (not including the disastrous “Star Wars Holiday Special”). For the production, Korty and her team transformed the redwood forests of northern California into the forest moon of Endor.

In his later years, Korty made short documentaries and experimented with digital video, returning to his roots as an independent Bay Area filmmaker.

Korty is survived by his wife, Jane Silvia; children Jonathan, David and Gabriel Korty; and siblings Doug and Nancy Korty.

Born July 22, 1936, in Lafayette, Ind., he attended Kirkwood High School in Kirkwood, Mo., and Antioch College in Yellow Springs, Ohio, before moving to New York. But he considered the Bay Area his home.

“I walked out of Brooklyn Heights in 1963,” Korty told The Chronicle in 1999. “When I got an award from the city of San Francisco a few years ago, I said, ‘I didn’t never seen San Francisco before coming here, but this was the best blind date of my life. “