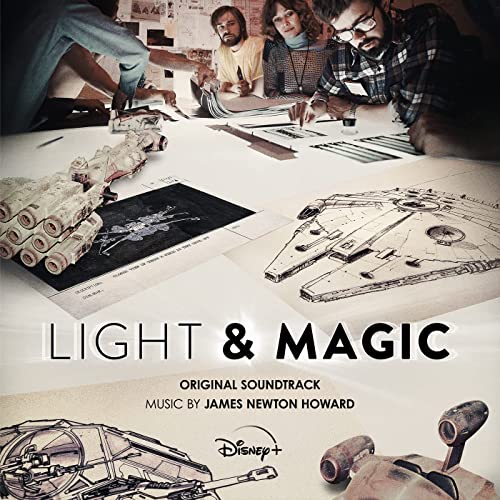 Walt Disney Records will release the soundtrack album for Lucasfilm’s original Disney+ docuseries “Light & Magic” on Friday, August 26, 2022. All six episodes of the series are available to stream now on Disney+.

The soundtrack will be released digitally on multiple platforms, including Amazon and Spotify.

The album contains selections of the show’s original music composed by Academy Award nominee James Newton Howard. Howard has previously worked on The hunger Games, fantastic beasts and where to find them, King Kong, The sixth sense, The fugitiveand Maleficent. Additional music tracks from Michael Dean Parsons, Xander Rodzinski and Tobin Pugash are also on the album.

You can see the track listing for the album below:

Unparalleled Access Granted, Academy Award®-nominated filmmaker Lawrence Kasdan takes viewers on an adventure behind the curtain of Industrial Light & Magic. Learn about the pioneers of modern cinema as we embark on a journey to bring George Lucas’ vision to life. These filmmakers would go on to inspire the entire visual effects industry.

You can watch a trailer for the series below and read our review here.