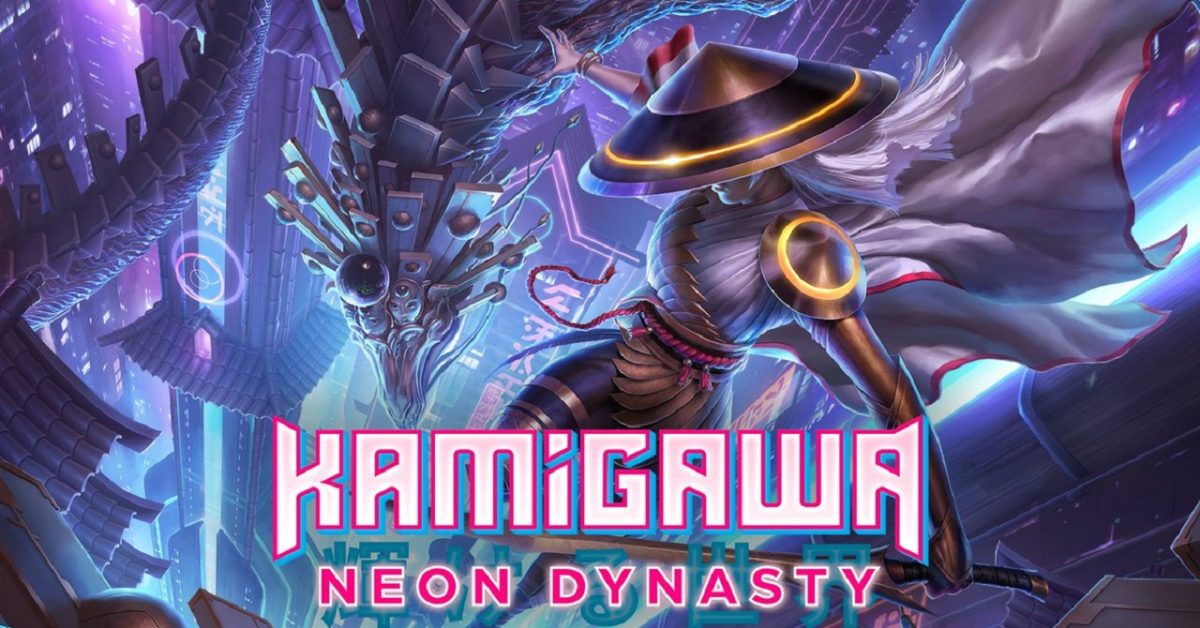 Magic: The Gathering it’s a lot of things – it’s primarily a Wizards of the Coast trading card game, it’s an esports phenomenon across magic arena, and it’s soon to become a TV show on Netflix – but one thing no one really expected was ambient. However, as of today, that all changed with the soundtrack genesis announcing the simultaneous release of the card game’s brand new expansion, Kamigawa: The Neon Dynasty. We took our ears to Spotify and listened to the soundtrack (and you can too, on any major music streaming service, by clicking here); here’s what we think!

At first listen, we have some opinions on this very special soundtrack, produced by the singer-songwriter and YouTube personality Jonathan Young. Track 1, titled “Light It Up”, has a vibe that is distinctly reminiscent of the theme song from the second series of the Yu Gi Oh! anime, which for a card game isn’t necessarily the best way to start an ambient soundtrack. It’s hard to compete for the first time in a market dominated by a game that’s a very close second to yours, even if the market is media and not so much games. It turned out to be a little gritty, but we kept going, hoping for a better and more fitting introduction to Kamigawa’s new aesthetic and vibe.

At this point we have arrived at track 2. “The Future Is Bright” is an amazing instrumental that evokes a few things vital to both Kamigawa as a plane of existence and the premise of the lore of Magic: The Gathering in its entirety. We have the impression of traveling far into a world composed of both synthwave and chrome magic; it’s distant and fantastic like everything else, but it’s present in front of you at that moment.

Track 3, “One With Phyrexia”, is a lament addressed to Tamiyo, the soratami Planeswalker who, in the story, was corrupted and “completed” by the Phyrexian Praetor known as Jin-Gitaxias. This event is something we won’t be giving up any time soon, as it was a serious moment for the story as a whole. But listening to this song, something about Young’s growl was downright uncomfortable. It was violent and sort of scary, and while it worked in the context of the song, it felt ominous in some ways.

Track 4, “The Neon Riverside”, became my favorite track at the time very quickly. There was a lot of nuance to the music here, and as an instrumental it hit the mark. It flowed well (as rivers should!), and it was actually quite enjoyable.

Track 5, “Tasukete”, was a little bland and hard to remember even immediately after listening to it, but it wouldn’t feel out of place if listened to while passing through a mall amid white noise. That’s not necessarily an indictment, but it does mean Young has a good voice for radio hits, most likely.

Track 6, “Lost Aura”, was another ambient instrumental and bonafide jam. At this point, we’d probably be inclined to say that the musical artist Zac Zingerwho is credited with “The Future Is Bright”, “The Neon Riverside” and “Lost Aura” tracks thus far, has found the right formula for strong, industrial background music no matter who accompanies his work.

Track 7, “Dearest Friend”, appears to be Jonathan Young’s retelling of the story premise of Kamigawa: The Neon Dynasty. That’s not really a bad thing, but the story is very new to everyone and has already been extensively detailed in many mediums (including a story that can be found on DailyMTG.com, Magic: The Gatheringmain news center of). If Wizards of the Coast are the ones who prompted Young to write this, then clearly they really want to anchor the premise in our brains – again, not terrible, but at this point, maybe not necessary.

Track 8, “Shadow of Boseiju”, is another instrumental, this time do not made by Zac Zinger but rather, by Friend Waters. The title of this piece refers to Boseiju, the tree that stands tall and on endless roots at the center of what was once Jukai Forest, now the cityscape of Towashi. The synths in this track are rather cold and vibrant, giving an almost solarpunk utopia feel to the way it plays. It’s important to keep in mind that cyberpunk stories are such because they’re vaguely dystopian, but it’s a nice intermission and respite for the soundtrack as a whole.

Track 9, “The Spark Inside”, resembles “Light It Up” in that it again touches on the premise of the game all the way home. As players, we are planeswalkers and we cross the blind eternities to witness the events that unfold in the stories. This track sounds a bit more technical than the previous tracks with vocals behind them. It’s somehow more acceptable as a result.

Track 10, “And We Glow”, is a track from this instrumental slot that is also not performed by Zac Zinger. It is executed by True and feels like the right kind of beat to drop into a lounge or nightclub for mellow hours. Although halfway through, the rhythm drops, and this mellowness rather slips away to reveal a solid underbelly of industrial music. This is what a song for the new Kamigawa should sound like.

Track 11, “Neon Streets”, appears to be the soundtrack’s “feel-good” song. I don’t think the soundtrack needs it, and any direct reference to the game of Magic: The Gathering continues to cause us some discomfort. We do not want Magic to be a different game, and so it’s weird to have lyrics that make it sound like that. That said, the vibe and mood of the music is good.

Track 12, “Argon Reflection”, is a bit more upbeat than the other instrumentals that line halfway through the soundtrack. It gives us that strictly 1980s feeling, like we’re watching an action sequence unfold at a screening of blade runner or other similar films. Pretty awesome, and it’s cool that it can be done without constant mention of Kamigawa because that, in turn, immerses us in the aesthetics of the world without causing tonal dissonance through repeated references.

Track 13, “Lands of Kamigawa”, is another Zac Zinger zinger (ha!) and starts out rather slow. It reminds us of “A Drop Filled With Memories” from the 2009 film’s soundtrack Paprika by Satoshi Kon, which can be said to be a low-cyberpunk classic. It moves at a faster pace than this track, but that’s not a bad thing considering how it’s probably meant to evoke the rise of the industry on Kamigawa.

Track 14, “Path To Victory”, initially sounds like it will be just another one of those direct references to Kamigawa, neon dynastyand to Magic: The Gathering. While it’s a wonderful thing to celebrate, seven tracks of this one is a bit much on a 15-track album, so you’ll have to forgive our cynicism at this point. However, I like this one a bit more than the other vocal-centric tracks. There are definitely some references but it’s not as blatant as the other songs are also guilty of it.

Track 15, “Mechanical,” is another vocal track sung by Jonathan Young, but like “Path To Victory,” it’s not too hard to swallow amid the references. There’s a lot of action in this piece, and it feels vaguely stimulating. All in all a very cool ending track for the album.

At the end of the day, Kamigawa: The Neon DynastyThe soundtrack of is something really special. There are a few hiccups – for example, the mass of references outside of the gaming world being a bit too much – but much of it is actually pretty cool for a Wizards of the Coast first playthrough. We can’t wait to see what more can be done with Magic: The Gatheringother plans and places from a musical point of view. But what do you think? Have you ever listened to this soundtrack? Let us know your thoughts in the comments below!

2022-02-19
Previous Post: Wall Street’s new enemy is a close ally of Elizabeth Warren
Next Post: MANDEL: The killer is sentenced to life without the possibility of parole for 18 years