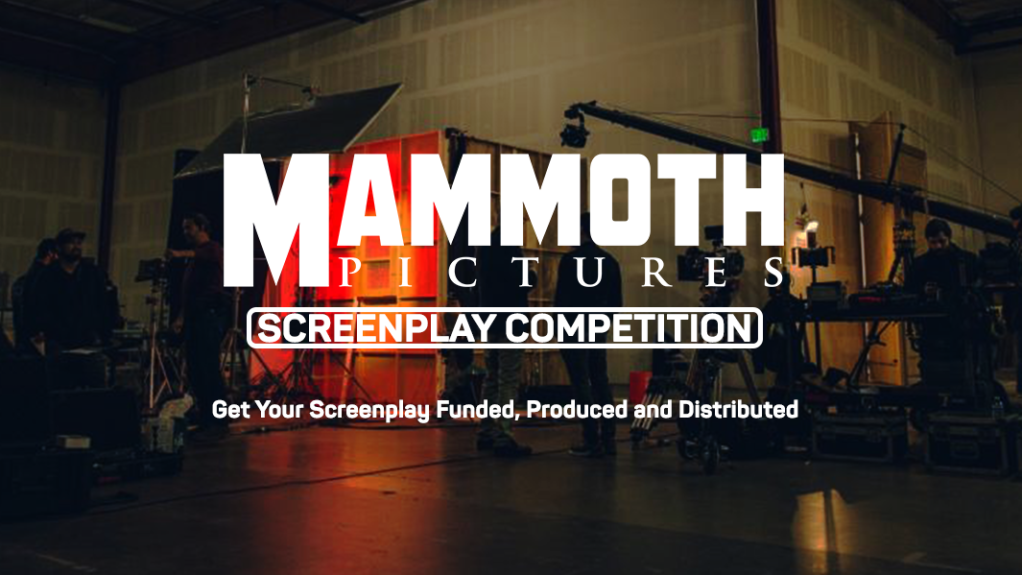 Mammoth seeks with its competition to discover and support emerging writers, especially those from underrepresented backgrounds. The competition is unique in that the Grand Prize-winning screenwriter will have their screenplay developed, financed and produced as a feature film by Mammoth Pictures, with the screenwriter receiving a standard pay scale. Mammoth Pictures has partnered with Coverfly for the first time this season to accept contest entries on their platform, which can be entered now.

Mammoth’s new head of development, Alexis Brontë, is leading this year’s competition, which is focused on genre feature film scripts – particularly those that fall under speculative fiction in the categories horror thriller, psychological thriller, mystery thriller, crime thriller, science fiction, dystopian and fantasy – although it remains open to scripts of all genres. The contest is more specifically looking for storylines that are contained in terms of locations and cast, with unique stories and well-developed characters, especially those from a unique background. Additional prizes for best screenplays will be awarded for the first time this year in all categories, and all winners will be considered chosen by Mammoth Pictures or one of the contest judges.

“As a writer myself, it’s critical for me to make sure we give writers who dream of ‘walking through the door’ a chance to get noticed and have their script written and distributed. I especially hope that more women will submit this year,” Brontë said. “So many people around the world have unique stories to tell, we want to bridge the gap for them by creating an open door to the industry.”

Mammoth Pictures is a production company led by filmmakers Kourosh Ahari, Alex Bretow and Brontë, which was established in 2015. The inaugural season of its screenplay competition uncovered the Grand Prize-winning screenplay for The night by Iranian screenwriter Milad Jarmooz, which Mammoth went on to produce, with this film making history as the first US-produced title to have a wide official theatrical release in Iran since the country’s 1979 revolution. The night was directed by Mammoth Pictures’ Ahari and went on to star as Cannes Best Actor winner Shahab Hosseini (Seller). It was released nationally by IFC Midnight in theaters and on demand, and is currently available on digital and VOD platforms. The film is also streaming on Hulu in the US, HBO Max in Latin America and Shudder in the UK, and has been released in over 50 other countries theatrically or on demand. Following the success of The nightJarmooz went on to direct several episodes of the anthology horror series Their in Iran.