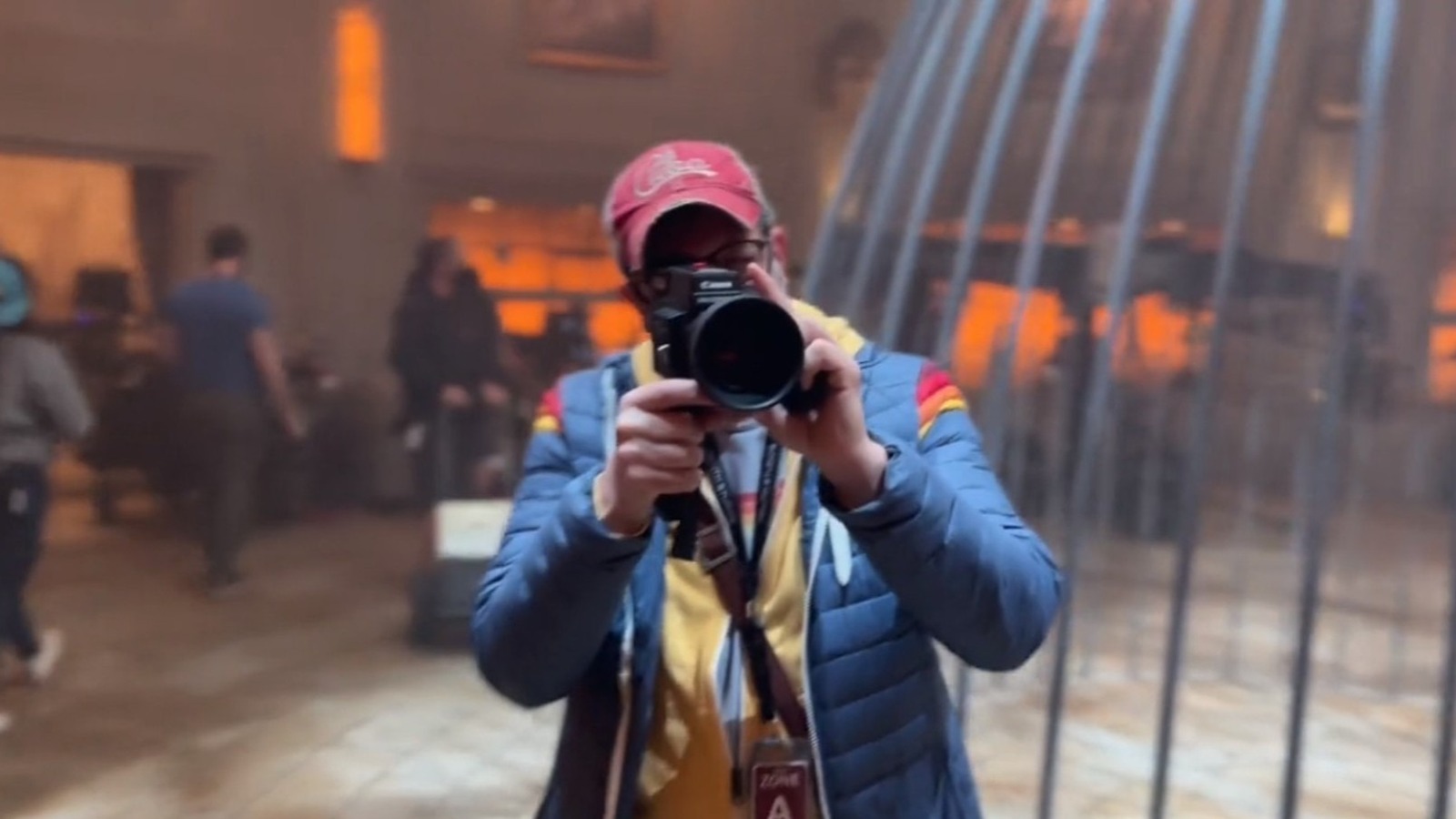 “Director by Night” indicates that a major catalyst for Michael Giacchino’s passion for film began when they came to Los Angeles and visited Universal Studios Hollywood. In the 1980s, Universal Studios was more “movies in general” oriented and less concerned with massive worlds built around recognizable commercial products. Long before the days of Minion Land and Wizarding Worlds, there was the greatest thrill possible watching an animatronic “Jaws” shark, Bruce, emerge from the water near their tour bus. Universal Studios also featured 20-minute stage productions based on effects, animal acts, and spectacular stunts.

One of Universal’s most exciting attractions was called the Screen Test Theater.

For Screen Test Theater, audiences would gather on an ersatz soundstage and volunteers would be chosen from the audience to “perform”. Volunteers would be hustled backstage, costumed – astronauts, cowboys, lovers, etc. – and would receive rudimentary instructions. Video cameras would then film, in a single take, the actors performing. The footage would then be edited with pre-existing footage so the guests could be seen acting opposite Jack Lemmon. Additional pre-existing scripted audio would also be edited out so guests don’t even have to speak. The “movie” ended with the actors having a pie fight, and Bruce getting a pie in the face. The “stars” could then buy the videocassette for a considerable sum.

Michael Giacchino visited the Screen Test Theater twice during a visit to Universal Studios. He has clearly been bitten by the movie bug.