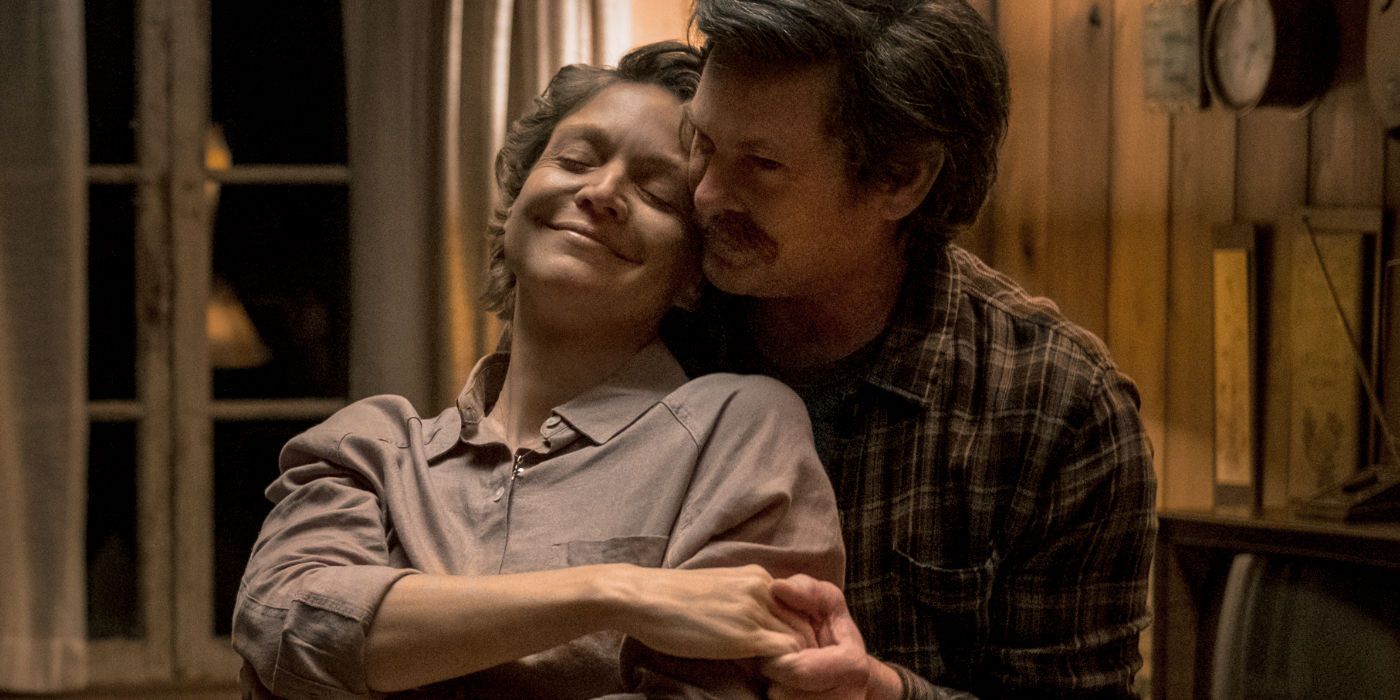 Mike Flanagan’s Midnight Mass doesn’t have as many songs as the average Netflix series, but it does have rock songs and even more hymns.

The Midnight Mass The soundtrack contains famous rock songs that play throughout the first few episodes, but these are then replaced by hymns. Lots of changes like Midnight Mass‘the story develops, from character traits to the general direction of the series. Much of these changes become evident over time, but one of the things that helps support the themes around the show is the fact that the music is changed as well.

Midnight Mass comes from horror mastermind Mike Flanagan, who has already worked with Netflix on a handful of films as well as two incredibly popular TV shows, The Haunting of Hill House and The Haunting of Bly’s Mansion. Now he’s back with a third show which is perhaps his most personal yet – Midnight Mass. Flanagan had wanted to develop Midnight Mass in something – a movie, TV show, or book – for several years, even going so far as to add the story like an Easter Egg in two of his previous films. Fortunately, it was finally made and is now a Netflix series.

Related: Is Midnight Mass Linked To The Haunting Of Hill House?

However, compared to the average Netflix show, Midnight Mass doesn’t use too many songs, but the ones he does play prominently and often say a lot about what’s going on in those scenes. But over time, as things get worse, these jovial songs are replaced by solemn hymns that are also tied to current developments in history. Here are all the songs from the midnight mass, including each hymn.

Episode 1: And the weed will pay no spirit, by Neil Diamond – At the start of the series, as Riley watches the doctors try to revive the girl.

Episode 1: Soolamon, by Neil Diamond – Like Warren rides his bike to find his friends.

Episode 1: Stay with me! Fast Falls L’Eventide (hymn) – When Ed Flynn talks to Riley after dinner, and Sheriff Hassan and his son Ali pray.

Episode 2: Saturday morning, by Harry Chapin – When Annie pricks herself and looks at her blurry finger, realizing that she no longer needs glasses.

Episode 2: Democracy, by Leonard Cohen – At the end of mass and at the start of Crock Pot Luck.

Episode 2: Lead Benevolent Light (hymn) – As Pike the dog dies, Riley asks to work on the boat and Leeza goes to daily mass.

Episode 2: Holly Holly, by Mike Brant – When Ed puts on the record and dances with Annie.

Episode 3: Were you there? (hymn) – At the end of the episode where Father Paul is resurrected.

Episode 5: O sons and daughters, let’s sing! (hymn) – When Riley leaves the recreation center after being transformed into a vampire.

Episode 6: Listen ! The Loud Heavenly (hymn) – When the townspeople walk at night with candles towards the church singing.

Episode 7: Closer to you my god (hymn) – Townspeople sing as the sun rises and the series comes to an end.

Peacemaker trailer description reveals how she connects to Suicide Squad

Mansoor Mithaiwala is the TV editor of Screen Rant. He first joined the site as a freelance writer on the lists team before moving on to News and Features, eventually becoming an editor in 2018. Over time he has done quite a few different things, including help launch games on the site, often manage news, features and guides simultaneously. Now he mostly sticks to movies and TV, and spends way too much time watching analytics. Looks like he put his political science degree to good use, eh?