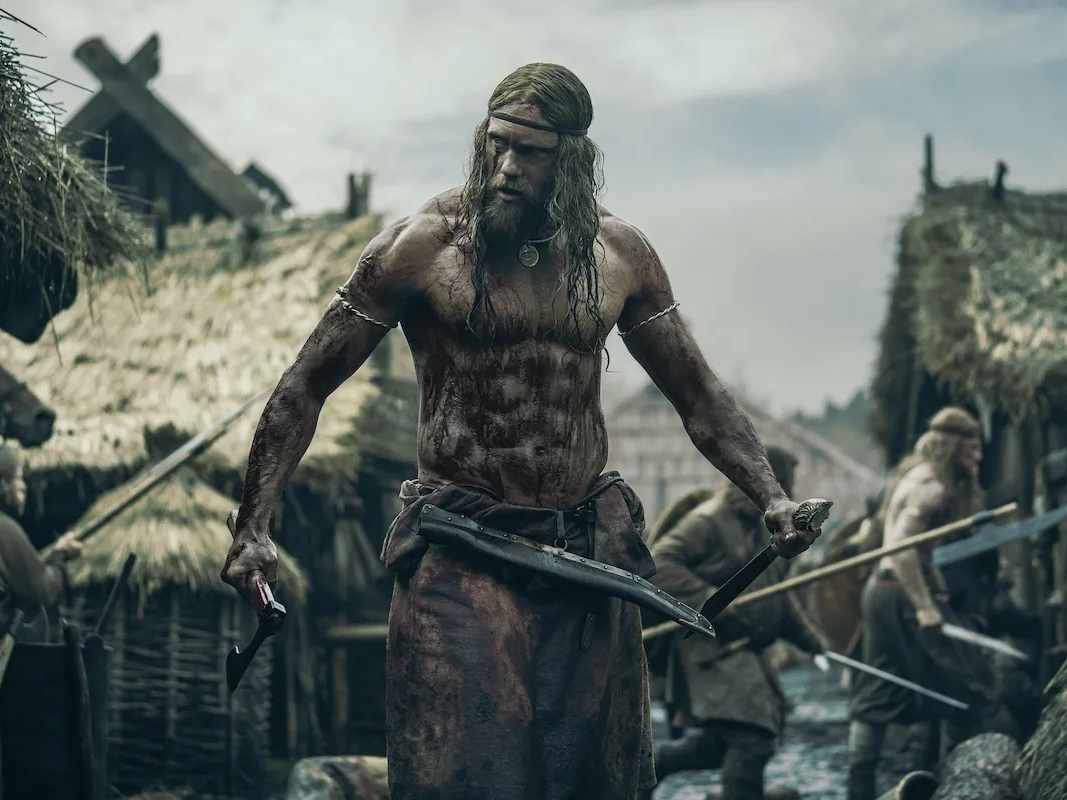 Movie review: ‘The Northman’ is visceral, brutal cinema with the budget to prove it

Grave, gory, visceral and front-loaded with a need for revenge, the latest work from writer/director Robert Eggers (The witch, Lighthouse) is so immersive and authentic you’ll feel the mud between your toes and every kick on your body. Loosely based on a story that inspired Shakespeare Hamlet and co-authored with Icelandic scribe Sjón, The man from the north follows the life of Viking prince Amleth (rearrange the letters, you’ll get it), who begins the film as a boy (circa 895 AD), waiting with his mother, Queen Gudrún (Nicole Kidman), his triumphant father , King Aurvandil War-Raven (Ethan Hawke), to return from the war. Shortly after returning, he takes young Amleth to a sacred place where the boy goes through a ceremony to become a man, under the watchful eye of the court fool, Weimir (Willem Dafoe).

Shortly after they emerge from this primal event, the king is attacked and murdered by his own brother, Fjölnir (Claes Bang), sending Amleth running through the woods swearing revenge and leaving his mother to an unknown fate (unless that you don’t know Hamlet). When Amleth grows up (and is played by a completely torn Alexander Skarsgård), he hasn’t lost his fire to avenge his father, save his mother, and kill his uncle. Now part of a Viking horde, he raids and plunders villages, killing anyone who challenges him with such severity that we can easily see how brutally his uncle will eventually die. In fact, after such a raid, Amleth meets a seer (Björk, playing that fortune teller exactly as you need her to do it), who has a vision of this young man killing his uncle, leading Amleth to leave the horde, sneak onto a boat and return home to honor his oath.

On board, he meets Olag (Anya Taylor-Joy), a slave claiming to be a witch, whom Amleth enlists to help him on his crusade. By chance, the ship heads for his homeland, where he is stunned to discover that his mother is apparently his uncle’s willing queen, and they have a young son, Gunnar. As a result, Amleth hatches a plan to slowly eliminate some of his uncle’s most trusted men, while he and his fellow Vikings work like faceless slaves whom no one would suspect of rising up against their superiors. Eventually Amleth reveals himself and a whole lot of hell breaks loose.

The man from the north is cinema as a full-contact sport, filled not only with action, but also with the sights, smells and sounds of the times, the camera lens covered in grime, blood and rage. In all his nervous swagger, Skarsgård is built of raw, uncontrolled emotion, which threatens to make him act impulsively rather than plan his revenge carefully and intelligently. The real surprise here is Kidman, who changes from a loving, adoring mother and wife to something very different in the film’s second half. The sequence in which she reunites with Amleth is perhaps the best in the entire film, thanks in large part to Kidman’s performance.

The film’s final battle between Amleth and Fjölnir, which literally takes place at the gates of Hel (an active volcano), is as fierce a sword fight as you’ll ever see on the big screen. As with all Eggers films, The man from the north isn’t afraid to be painstakingly authentic to the era while introducing the supernatural, with its parade of fortune tellers, witches, and constant talk of Norse gods and Valhalla. There’s a final vision in the film that’s jaw-dropping in its beauty and glimpse of hope in a film that doesn’t offer much in the traditional sense.

There were times during The man from the north where I wanted to stand up and applaud, as a way of celebrating the breadth and execution of the filmmaker’s vision (luckily Eggers was given a significant budget to turn his vision into reality). Perhaps more so than his other two features, I got a better sense of the psychological damage Amleth has carried with him since childhood, and that drives much of the film forward in endlessly fascinating and propulsive ways. Best of all, Eggers didn’t have to give up the cinematic qualities that make his works wonderfully bizarre in places. Still rough around the edges, a cold serrated blade in its center, and remarkably photographed by Jarin Blaschke, The man from the north is perfectly unforgiving cinema, as it should be.

The film opens in theaters on Thursday, April 21.