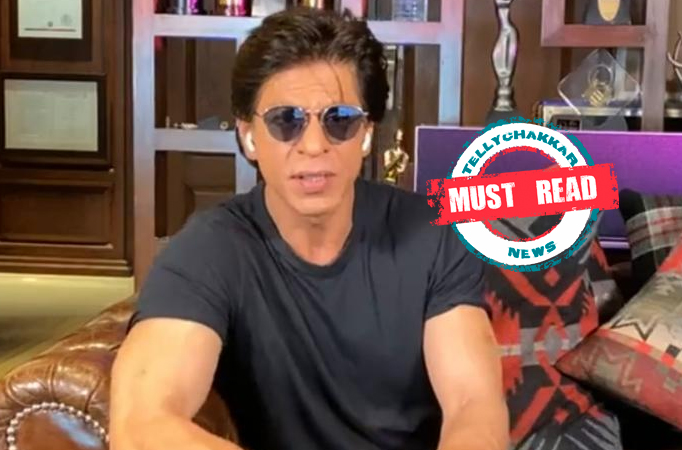 Must read! “I didn’t enjoy the process of making a movie, that’s why I was on a break” Shahrukh Khan

Mumbai: Fans are eagerly awaiting to see superstar Shah Rukh Khan on screen. It’s been 4 years since we last saw the actor on the big screen. He had starred in Zero in 2018. The actor surprised fans and audiences with the announcement of his upcoming films titled Pathaan, Jawan and Dunki.

He completed 30 years in the industry today, and on this occasion, he shared the latest poster of his upcoming movie Pathaan and surprised fans by coming live on Instagram.

During the live session, Shah Rukh Khan revealed that coming to Mumbai, he thought he would only work for one year. He never thought he would be associated with the industry for 30 years. He also thought that if acting didn’t work for him, then he would be a sound assistant or in lighting and direction, but he would do something related to film because that inspires him a lot.

Talking about his movie Pathaan, he revealed that he hasn’t seen the movie, but it was a great experience to work not only with John Abraham and Deepika Padukone but also with Ashutosh Rana. In fact, he’s been waiting for Pathaan for 30 years. The actor also revealed that the trailer for the film will be released between November and December.

As we all know, SRK is coming back after four years. He revealed that he doesn’t really enjoy the process of making a film, which is more important to him than the film itself. That’s why he was on hiatus.

During his live session, he also revealed that the laugh scenes were the hardest for him to pull off on screen. The actor also opened up about an incident while filming the movie Kuch Kuch Hota Hai, where Karan Johar had to make him laugh for a scene with Kajol.

In his live fan interaction, he also confirmed that he will be seen in Tiger 3. So this is another confirmation that Tiger and Pathan are part of the spy universe, and we are very happy to see Shah Rukh Khan in it.

What SRK movie are you excited for? Let us know in the comment section below.

2022-06-25
Previous Post: “So Vam” Director Alice Maio Mackay on Drag and Queer Cinema
Next Post: EC’s Long-Awaited Nothing But The Blues Documentary and Soundtrack Now Available