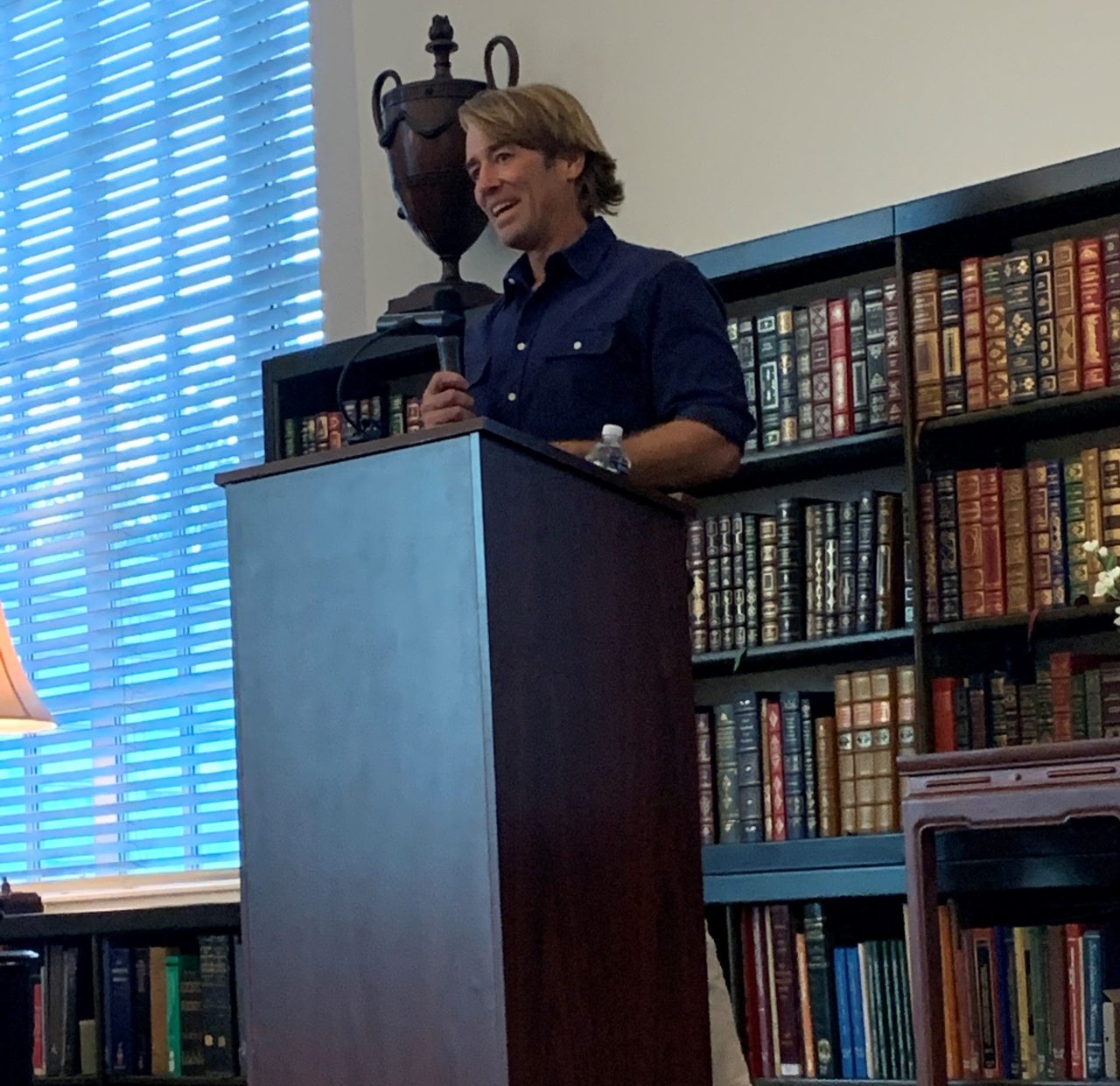 The teen adventure drama premiered on April 15, 2020, at the height of the pandemic and immediately took the streaming world by storm.

Season 2, which debuted in July, was no different, scoring 2.1 billion views in its first window.

Pate shared some scoops on what inspired the story and how the show actually came about.

Pate and his twin brother Josh grew up on Kiawah Island, South Carolina, but spent much of their time hanging out with children on another island, Johns Island. As Pate would describe it, this is the inspiration behind â€œKooksâ€ and â€œPoguesâ€. In fact, some of the characters on the show were inspired by real people the Pate brothers knew.

â€œWe picked a lot of things that happened to us in high school and put them on the show,â€ he said. “There are a lot of scenes that were very inspired by things that we did.”

After college, Pate moved to Hollywood, marking the start of his successful directorial career.

He has worked on various films that have entered illustrious film festivals like Sundance and the Venice Film Festival, working with actors like Renee Zellweger and Tim Roth. But then Jonas decided he wanted to return to the East Coast and settled in Wilmington, North Carolina.

It was then that Pate and his brother began to think about the idea of â€‹â€‹a story that would later become “Outer Banks”.

NEXT: What Happens In The NC Night? Check out these top-rated ghost tours in Tar Heel State

Inspired by the legends of Captain Kidd’s buried treasure and the environment they grew up in, the brothers began working on the script. Pate gave audiences a preview of the show’s writing process, noting that they write about 600 pages per script before pairing them up.

Pate attributes some of the show’s initial success to luck, and shared a funny anecdote about when they brought the show to Netflix. Turns out one of those executives was actually from Columbia, South Carolina, so he was familiar with the scenery and surroundings where the show was taking place.

Then came the time to shoot.

Originally slated to shoot in North Carolina, Netflix decided to cease production in the state due to controversial anti-LGBTQ law HB2 and chose to shoot in South Carolina instead. Pate said it turned out to be a blessing.

â€œI was thrilled because I love Charleston and it’s fun to watch it grow and change,â€ he said. “I was sent back to all those coastal eddies that I hadn’t hung on for 30 years, so it was like visiting all your old high school hangouts.”

Pate also shared a glimpse of how the cast was chosen. He pointed out that the creators wanted â€œrelatableâ€ children to play the characters, so they researched social media profiles and actors who took risks during their auditions. Fun fact: Pate said he saw over 600 actors vying for the role of John B.

Pate also gave advice to aspiring filmmakers, screenwriters and audience actors telling them to take risks and write scripts as much as possible.

Finally, he shared the positive reaction and warm welcome he received from the people of Charleston during filming and in response to the show.

â€œIt’s been mostly very positive because people love the show and it’s fun for them to see places they recognize, so it’s amazing,â€ he said. “It’s hard to shut down pieces of Charleston, so we were just super grateful.”

Anne Cleaveland, executive director of the Library Society, said they hope to present more programs that will appeal to a young population.

“There is so much going on in the world that engaging a younger audience and exposing them to more critical thinking, cultural and intellectual curiosity is going to be very important in the future.”