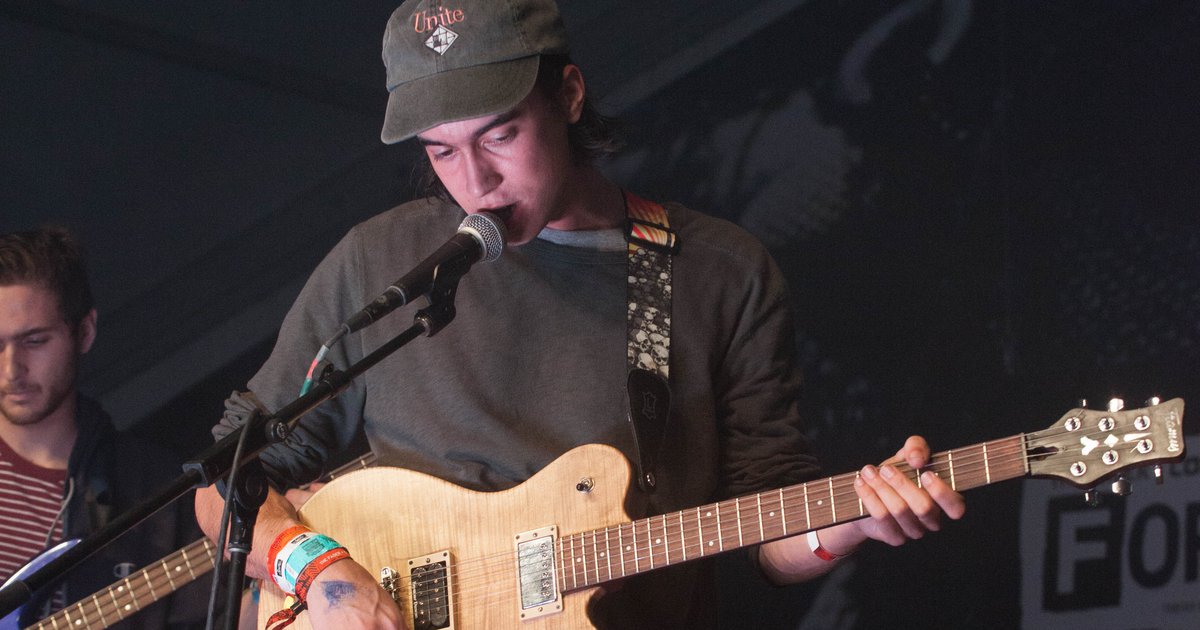 Singer-songwriter Alex Giannascoli, known as Alex G, has come a long way since he started creating eclectic, mostly guitar-based indie tracks in his bedroom as a teenager. . But even as he progresses, the Haverford, Delaware native has never given up on his teenage pop sensibility.

That’s why Alex G was such a good candidate to write the soundtrack for “We’re All Going to the World’s Fair,” a coming-of-age horror film about a teenager named Casey who goes through personal transformation on the Internet. The movie director, Jane Schoenbrun, was inspired by their teenage experience outside of New York.

The movie will hit theaters in Philadelphia on Friday, April 22, according to Fandango.

To get involved, she has to say three times: “I want to go to the Universal Exhibition”, prick her finger and smear blood on her computer screen.

From there, Casey is thrown into the game, where binges on “creepypasta” videos and attempts to connect with other players, including an unnamed older man, played by Michael J. Rogers, in an empty mansion. .

Schoenbrun, who is transgender and non-binary, created the atmosphere of the low-budget film with found footage techniques, webcam confessionals shot on Photo Booth, and consumer-grade cameras, all of which are meant to make the film more realistic and relatable. .

Schoenbrun told The New York Times that they realized they were transgender while filming the film, which was shot just before the COVID-19 pandemic. By the time it began premiering at festivals earlier this year, where it was well received, Schoenbrun was already on hormone replacement therapy.

The film’s score is a first for Giannascoli, who has released eight studio albums since 2010 and worked with pop artist Frank Ocean on two of his own.

In terms of performance techniques and sonic palettes, the soundtrack is in many ways a throwback for Giannascoli.

Much of it sounds more like his 2014 album “DSU,” which has a darker, more alternative tone than his more recent releases like 2019’s “House of Sugar,” which uses a folk live band aesthetic.

This is especially true for the final track of the release “End Song”, which was released as a single along with the opener, “Main Theme”, in recent weeks.

The finale is the only track on the release to highlight the breathy voice of Giannascoli, who is one of the main threads that hold together the rest of his eclectic discography.

But when it comes to production and songwriting, it feels like Giannascoli is covering new ground.

Many of the new tracks are clearly designed with a specific scene in mind. Track three, “Casey’s Walk,” is an atmospheric seven-minute dirge that features bright synths pounding unpredictably in a digital haze.

But a lot of the cinematic songs are short and loop-based, like the fourth track, “You’re in Trouble.” His layered guitars and cinematic orchestral punches provide an enveloping environment for his haunting, high-pitched voice.

Another track in this vein is perhaps the most catchy on the release. “Typing Game” is just 48 seconds long, but the simple, old-school, Nintendo-themed song is the type that could be listened to on an endless loop.

It’s followed by another dark track featuring one of the most striking production choices on the release. The deep, punishing orchestral strings that begin the song are slowly filtered out and replaced by a series of clear, haunting guitar chords.

The release was released on Milan Records, an imprint of Sony, but Giannascoli is not listed on the company’s website artist page. He is still listed as a roster artist on Domino Records, the London-based independent label that has released all of his other releases since 2015.

“We’re All Going to the World’s Fair” is now available to stream on Spotify and Apple Music.