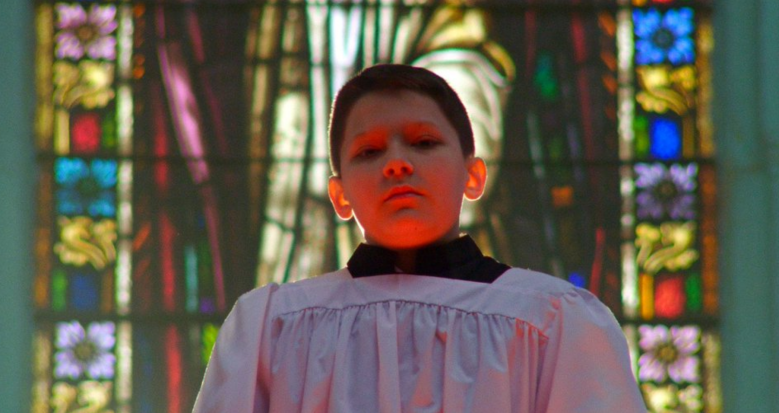 Telluride: “Bisbee ’17” director Robert Greene returns with a documentary in which six survivors of abuse escape their trauma thanks to cinema.

Robert Greene’s self-reflective cinema has covered a wide variety of different subjects and styles over the past decade, but his most resonant films – from the session portrayal of “Kate Plays Christine” to the collective historic requiem of “Bisbee” 17 “- are bound by a common understanding of the camera as a conduit to the past.” Bisbee, “in which an entire mining town in Arizona is asked to re-stage its darkest chapter in its history, offers a Particularly heartbreaking example of how Greene’s lens often functions as a sort of portal. It’s as if his cinematic process itself is collapsing space-time through the reconstructions it forces, now transposing onto then in a way that leaves the two feeling as intertwined as fact and fiction. He locks them into a two-way street, or reveals all the ways they already are. In “Procession,” that street is redeveloped into a loophole.

Here Greene has made a (another) sober, powerful and even disarmingly playful film that relies on performance as a kind of therapy. The difference is that the subjects of “Procession” – six middle-aged survivors of childhood sexual abuse by Catholic priests and clergy in the American Midwest – see the camera less as a way to commune with the past as a way to get rid of the traumatic hold it has had over them since they were children.

The first thing we see is the first thing Greene saw: an August 2018 Kansas City press conference in which lawyer Rebecca Randles stood behind three of the aforementioned survivors and announced that they were able to identify more than 230 priests in the Missouri area who had sexually abused the most vulnerable members of their flock. A gravel-voiced man named Mike Foreman shakes up that “it is absolute poverty that the statute of limitations is the jewel in the crown of the Catholic Church,” alluding to the deep sense of helplessness that rages against so many. decades. â€œWhat do God and Jesus Christ think about this? “

Foreman might not get a decent answer to that question in this lifetime, but â€œProcessionâ€ – a film that is officially credited to several of its participants, including licensed playwright Monica Phinney – offers him and a little fellowship of other survivors a chance to assert some measure of control over their own pain. To dramatize (and even direct) their memories of abuse in a way that could allow them, independently and as a team, to physically move to where the trauma is stored in their brains.

It goes without saying that encouraging these men to write, direct and act out scenes from their worst nightmares is an arduous process. And – at least for those familiar with Greene’s work – it goes without saying that this is relatively transparent work. For every wall that this drama therapy outgrowth allows Foreman and his fellow survivors to cross, he has the potential to build another one right behind. At first, Randles discusses his slight skepticism of the film and refers to his â€œcastingâ€ process with an edge that encourages Greene to be cautious. Later, it will be up to the survivors to set their own limits, help each other test them, and even organize their own casting process. At one point, a survivor insists that he “isn’t going to flog himself in front of the camera” to get a certain result, echoing the language professional film actors tend to adopt when they do. inhabit fictional characters.

For what it’s worth, Greene has put together quite a cast here, and each of the six main topics of â€œProcessionâ€ is heard and understood with a measure of clarity that has been denied them for so long. Foreman is unforgettable for his incandescent candor; he unhesitatingly reveals that he never had a romantic relationship because of his abuse and shares the unorthodox coping mechanism he uses to refocus.

Other survivors have managed to suppress some of their rage, for better or for worse. New York entrepreneur Ed Gavagan – whose cosmopolitan vibe stands out from the rest of this overflowing crowd and induces an unconscious attempt to re-imagine himself at some point over the years – seems to share a secret he’s hiding from people. in his life in the East. As the group slowly begin to look like the crew in the film, it’s tempting to think of hard-talking Gavagan as the producer (“I want it to be like Marvel superheroes defeating the forces of the fucking darkness â€, he insists).

The gentle giant Dan Laurine naturally serves as a spotter, because that’s what he does in his real life. Laurine is eager to regain power in the places where these men were abused, a desire that is frustrated by an irony so perverse it could shake anyone’s faith; the extended footage in question is too poignant to be left on the editing room floor, and yet it is one of the many asides that draw attention to the creative process at the heart of Greene’s film and contribute to a general feeling of being informed as the doc progresses. At the same time, this sense of being in it is testament to the complete absence of a proscriptive framework, which is nauseating in so many trauma documentaries, and would have been painfully reductive here.

Nonetheless, â€œProcessionâ€ is most illuminating for us – and probably the most therapeutic for survivors – when it focuses on the short films they direct. Seeing how the presence and potential of a motion picture camera makes these men think about their trauma in fundamentally different ways than they’ve ever done before is perhaps the most lucid testimony to the transformative power of the meta. -Greene’s dialectical cinema. A crystalline moment that comes to mind: the men discussing whether to use different child actors in each of their short films or to use a performer to represent them all; you can see the synapses go off behind the lake-blue eyes of Michael Sandridge as he opts for the latter, acknowledging that each of these survivors is in some ways the same little boy. Later, when Foreman suggests they should film a reenactment of the Review Board that absolved some of the abusive priests, you can feel Greene’s subjects picking up the ball and running with him in real time.

The authorship of the vignettes these men shoot can sometimes be unnecessarily confused; we see them writing scripts and even scripting their plans, and yet it often seems like Greene is directing the directing himself. It is understandable why Greene wouldn’t want to do any of that on him, and yet this is the first of his films in which I have found myself looking for him on screen (he makes a cameo or two) in order to better understand dynamics on the set. Yet the end products are much less important than the deeply palpable catharsis that results from their creation.

I remembered towards the end of “After Life” by Hirokazu Kore-eda, in which the newly deceased reconstruct a favorite memory of their time on Earth in order to live there for eternity. â€œProcessionâ€ is indeed the negative image of this process, because these men choose the most cursed memory of their childhood and replay it to escape it. As one of the survivors puts it, referring to another movie they are sure to all know: “Spotlight” was all about trying to get in from the outside. In our film, we try to get out of it. It’s not for us to say if they do it here, or will ever do so in the future, but cinema is a collaborative medium, and watching these men help each other out is more than a counterweight to the unforgivable betrayal. of the Church – it is a beautiful work of art in itself.

â€œProcessionâ€ premiered at the 2021 Telluride Film Festival. It is currently seeking distribution in the United States.