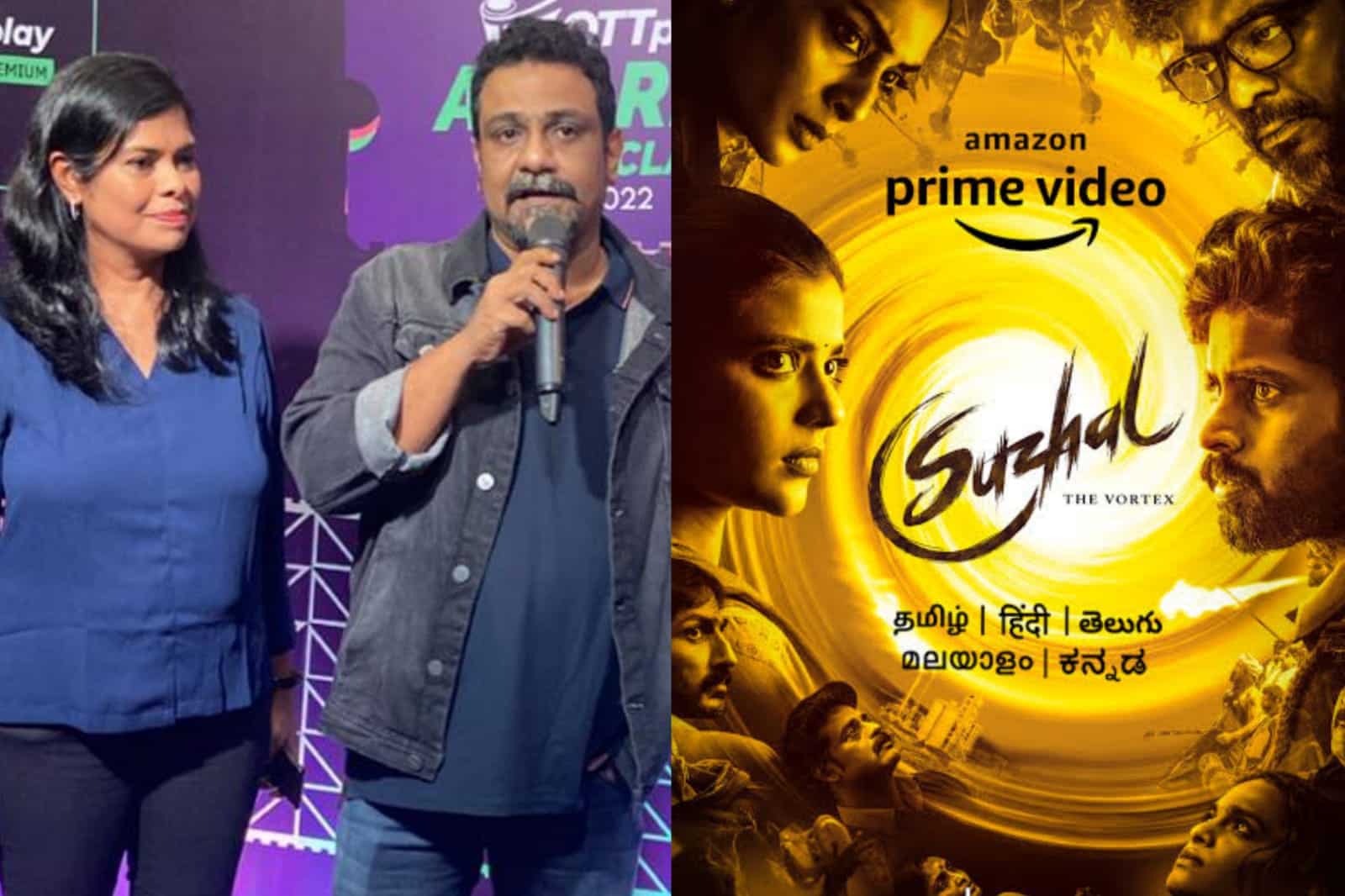 The 2022 OTTplay Awards and Conclave kicked off in style on September 10, Saturday in Mumbai. The event, which celebrates the best in OTT content spanning different languages ​​and genres, was curated by Maniesh Paul and Gauahar Khan.

Gayatri expressed excitement for the awards, which bring together OTT content from across the country and spanning a host of languages. On the win, Gayatri explained how Suzhal marked her entry into the OTT world. “For us to get this award first is really great. Super excited about it,” she said.

“And I think it’s a really cool thing that the prices incorporate all the languages ​​and don’t end up in Hindi, Tamil, Telugu. I think it’s a great idea because the language, I think, becomes immaterial now. So with the OTT space, I guess we should start going far. Recognition for that is also great. Thank you!” Pushkar added.

The series, created by the filmmaking duo, stars R. Parthiban, Kathir, Aishwarya Rajesh and Sriya Reddy in key roles. Bramma and Anucharan directed the series. Sam CS composed the music for the show.

The series review on OTTplay reads “Pushkar and Gayatri have delivered a gripping and haunting tale that keeps you on the edge of the seat throughout all 8 episodes”.

Suzhal: The Vortex is available to stream on Amazon Prime Video. The Tamil series can also be streamed in Hindi, Telugu, Malayalam and Kannada on the platform.