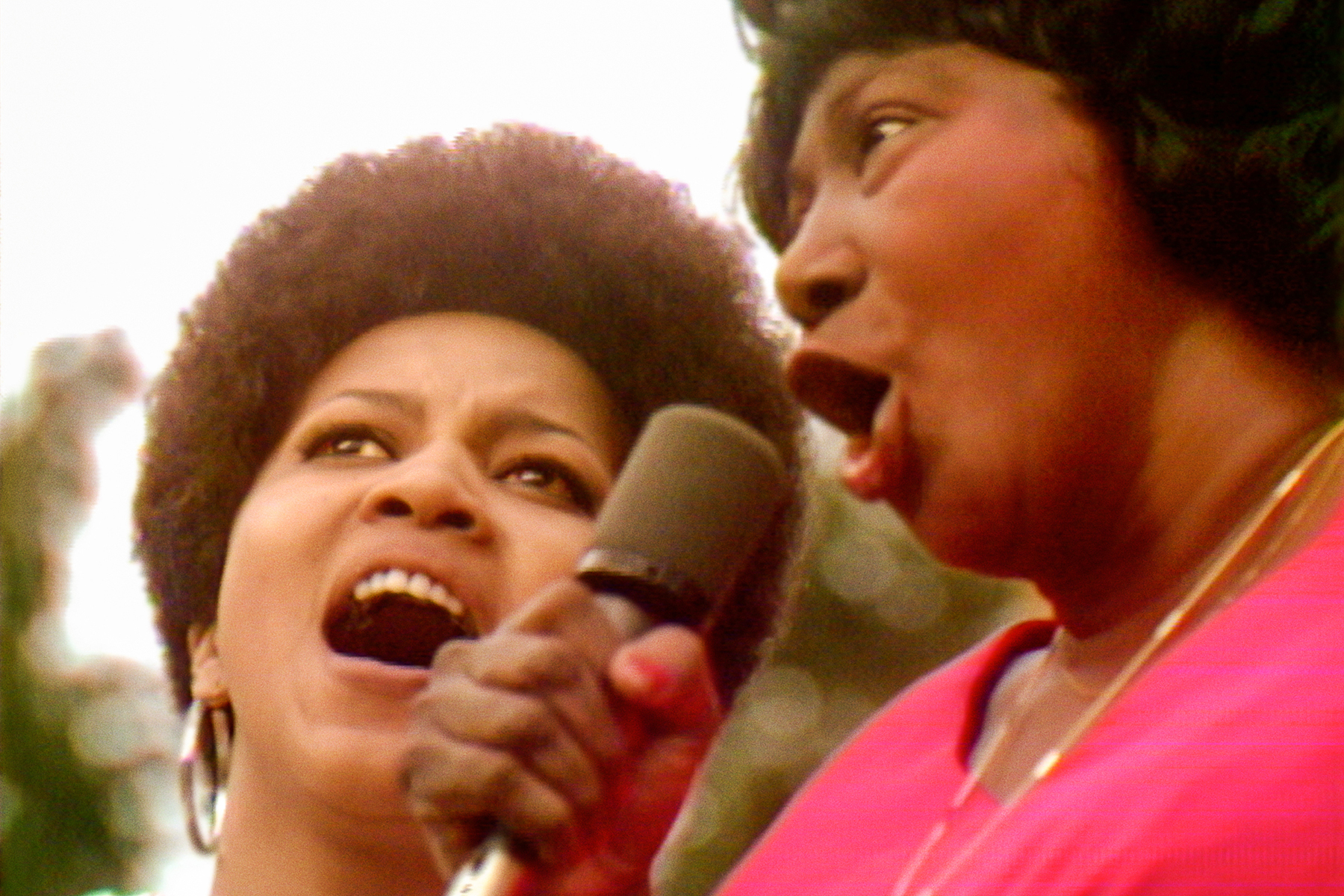 A few tracks in the soundtrack of the Questlove Music Festival documentary, an emcee introduces the next performer, David Ruffin. A year after being fired from the Temptations, the notoriously troubled Ruffin already seems nostalgic: “I’d like to go back to the old days,” he says, with a hint of humor, as his backup band kicks off in Time’s “My Girl.”

Only five years had passed since that hit took the world by storm, but as Ruffin himself may have realized, black music had grown exponentially in such a short time. And both soul summer film and its accompanying album (which revives the tradition of live festival albums of the time, from Woodstock at Watts Tax) are reminiscent of how soul and R&B grew and ran wild in the run-up to the Harlem Cultural Festival in the summer of 1969.

These changes are doubly clear on the album, on which we can discover full performances of songs heard only in snippets of the film. Heard in their entirety, “Why I Sing the Blues” by BB King and “Uptown” by the Chambers Brothers are even more spirited and propulsive than on the studio versions; the coming funk revolution cannot be denied. The impact of the civil rights moment on music is also apparent in Nina Simone’s “Backlash Blues” and “Are You Ready” and the Staple Singers’ “It’s Been a Change.” Whether the performances are stark and bitter (Simone’s) or dark and haunting (the Staples), the tracks communicate years of struggle and pain – a far cry from the sense of hope that has permeated previous calls to arms, such as ” A” by Sam Cooke. The change will come.

The two tracks from Sly and the Family Stones – an animated “Sing a Simple Song” and the multi-voiced glory of “Everyday People” – focus on how black music absorbed funk and rock at the end of the century. decade. Neither cut is as volcanic as the band’s Woodstock multisong medley, but the paucity of officially released Family Stone live recordings makes them valuable records. It’s impossible to hear the roof-destroying horns and Sly’s rave-ups on the former without thinking back to its impact on Prince.

The soundtrack (and film) also emphasizes that the Harlem cultural festival was not strictly about soul. Two of the album’s delights are Mongo Santamaria’s Latin jazz leg, “Watermelon Man” – originally a hit for its writer, Herbie Hancock – and the jazz flautist’s “Hold On, I’m Comin'”. Herbie Mann. Thank goodness for the latter, since we finally hear guitarist Sonny Sharrock’s free-jazz solo halfway through this Sam and Dave cover. And in a sign of how these timeless songs can be given to the state of the country in 2022, percussionist and bandleader Ray Barretto’s “Together” is a call for those of all races and creeds to come together -” before it is too late!” as Barretto asserts, prophetically.

As for David Ruffin, his solo “My Girl” is not close to reproducing the heavenly glide of the Temptations version, especially when a brass section replaces the harmonies of his former bandmates. Ruffin’s voice is already battering, hinting at the coming wreckage of his life and career. But he still screams and at one point holds a falsetto note for an astonishing 15 seconds. Even though soul was moving forward that summer, its bright past could still take center stage from time to time.

2022-01-28
Previous Post: How I, The Original Robot Script Connected More With Isaac Asimov
Next Post: Imelda has the last laugh as she wins ‘Best Screenplay’ at the Dublin International Comedy Film Festival