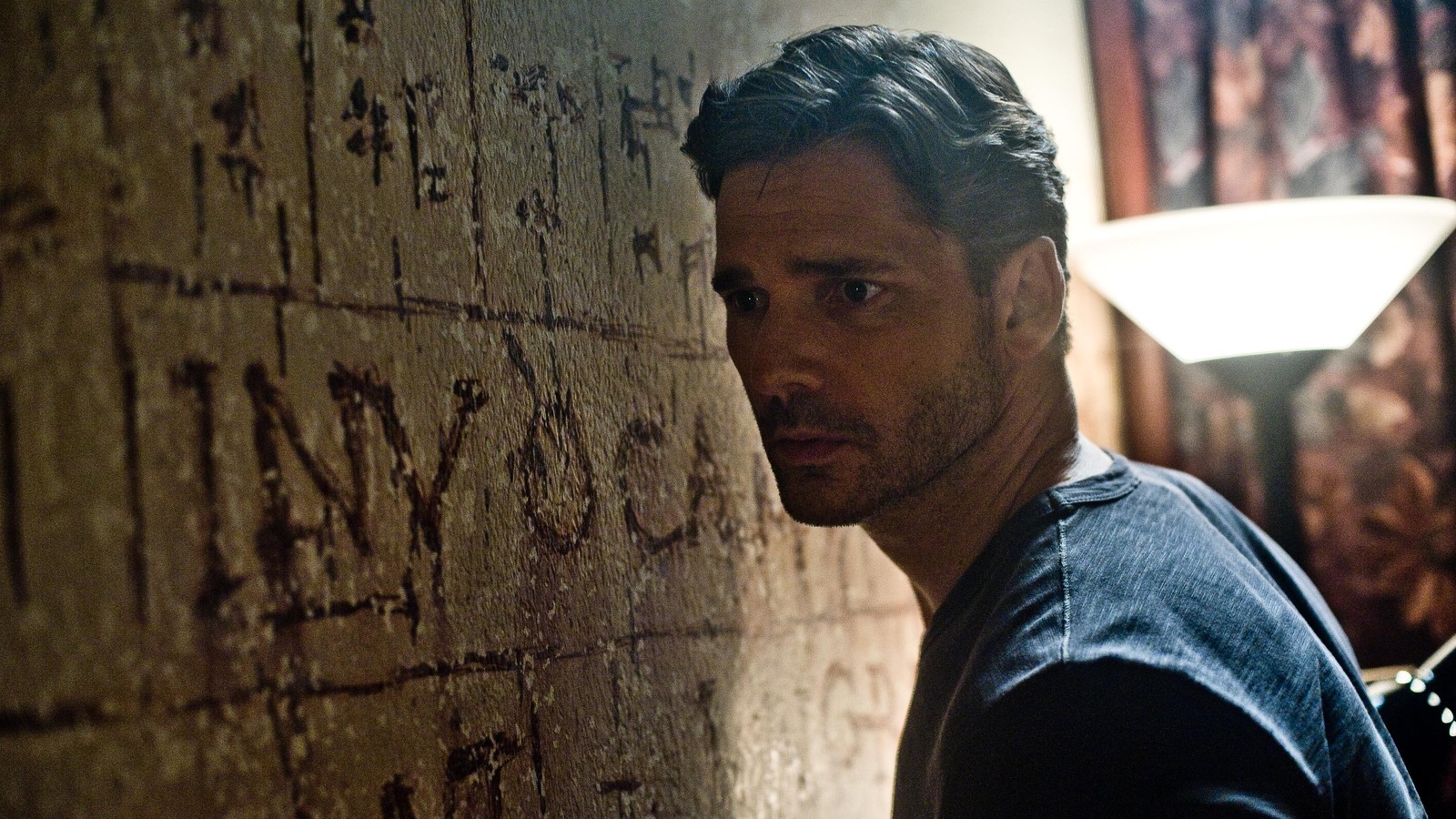 “Deliver Us from Evil” (based on the book “Beware the Night” by Ralph Sarchie and Lisa Collier Cool) tells the true story of Sarchie, a real NYC street cop and Catholic demonologist – played by Bana – who, he a long time ago, lost faith. He witnesses all sorts of horrific crimes, including a woman who throws her child into a lion enclosure at the Bronx Zoo. This woman is sent to a mental institution and is entrusted to the care of a priest, Fr. Mendoza (Édgar Ramírez) suspected that something demonic is brewing.

Something is, natch. A mystery painter and ex-marine named Santino (Harris) etched mysterious messages into crime scenes before they became crime scenes. When Mendoza and Sarchie confront Santino, he bursts out with a bloody, demonic attack.

The scene in question is in Derrickson’s Twitter thread, linked above.

Derrickson describes that Harris improvised much of Santino’s demonic behavior, including a disturbing guttural sound not typically heard in a human throat. At the end of filming, Derrickson recalls a truly horrific experience with Harris. While having his multiple makeup prosthetics removed (Santino was covered in cuts and wounds in the scene), Harris collapsed on the floor in a sort of hypnotic trance. Makeup artists alerted Derrickson to the issue. “Something is wrong with Sean.” Sure enough, Harris was on the floor, fidgeting and speaking in tongues. Derrickson tried to calm him down but seemed unable to connect with him. A crew member took Harris home and put him to bed.

The following day, Harris claimed that he had no recollection of the makeup room incident and indeed forgot parts of the shoot. According to Derrickson, Harris didn’t seem bothered by the incident.