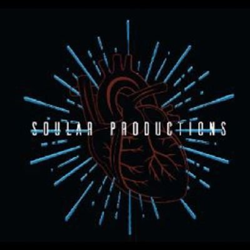 Through the lens of Soular Productions, I hope to bring understanding to the world.

Soular Productions’ first project The Walk is a screenplay written by George Powell and Dan Adams. The march was inspired by real events that took place during desegregation when Boston Public Schools bussed black and white children from Boston’s poorer neighborhoods to each other’s schools. Soular Productions chose The Walk as its signature project because it’s a story that was told in documentary form, but never featured in a movie. This topic is as relevant in today’s society as it has been throughout America’s history. Additionally, Soular Productions wanted to show the different layers of emotions that people felt at that particular time in history. The March is unique in its ability to portray the intensity of people’s beliefs and values ​​represented so authentically in the natural environments of households and dressing rooms. Finally, Soular Productions wanted to create a discussion about racism in Massachusetts. Sometimes Massachusetts is seen as a post-racial society, but The Walk reminds us of the deep influences of institutionalized racism. It was an honor to have such great actors and actresses attached to the film. The actors are Justin Chatwin, Terrance Howard, Jeremey Piven, Malcolm McDowell, Lovie Simone, Kate Douglas and Anastasiya Mitrunen. The Walk has received numerous awards; the one Soular Production is very proud of is Best Screenplay.

On April 14, 2022, the Boston International Film Festival will premiere The Walk as its opening film. On June 10, 2022, The Walk will be in theaters nationwide and on VOD.

Soular Productions has many other projects slated for release. Our next being “What about us”. If you would like to support Soular Productions’ mission, please contact us at [email protected]

Founded in 2016, Soular Productions is an independent Boston film company that writes and produces scripts for feature films and documentaries. We are proud to say that we design and finance our own content, which allows us to have creative autonomy. George Powell, founder of Soular Productions, has a primary focus on making films from the perspective of black and brown communities in Boston neighborhoods. We seek to fill the void in the cinematography that has been underrepresented in the description of Boston’s storytelling.

Share the article on social networks or by e-mail: