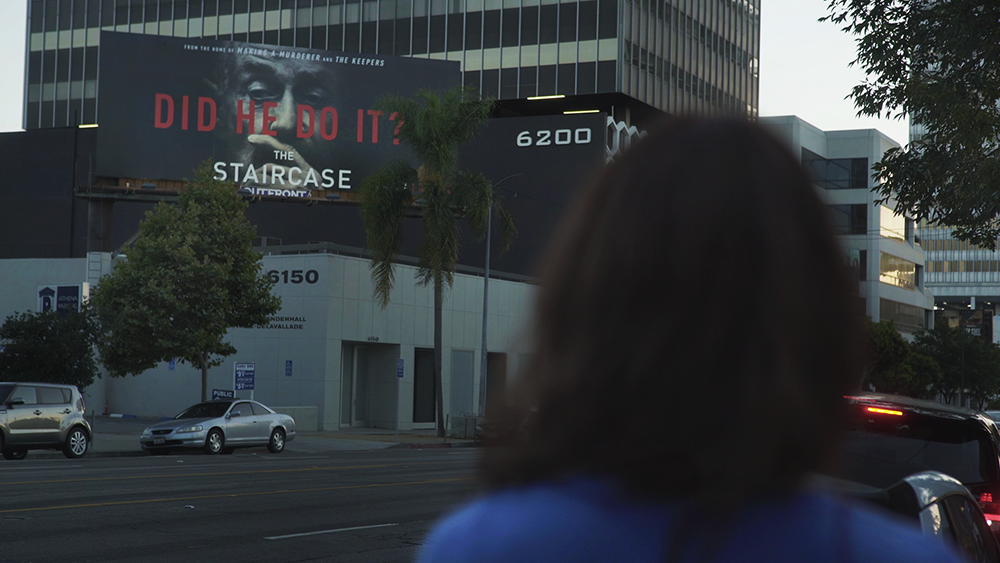 For anyone interested in becoming a documentary filmmaker, Jennifer Tiexiera and Camilla Hall’s 90-minute documentary “Subject” should be mandatory. “Subject” explores the ethical responsibilities non-fiction filmmakers face when they decide to capture people, often the most vulnerable, thereby forever locking them into a moment that will live on through the ages, no matter how hard. a person grows or changes.

Tiexiera (“PS Burn This Letter Please”) and Hall (“Copwatch”) focus on some of the most successful documentaries of the past three decades and the “stars” they created and left in their wake. The director duo explore the psychological impact of being key unpaid participants in commercially successful projects, including ‘The Staircase’, ‘Hoop Dreams’, ‘Wolfpack’, ‘The Square’ and ‘Capturing the Friedmans’. Below, Tiexiera and Hall discuss making the documentary ahead of its June 11 premiere in Tribeca.

What made you want to make this documentary?

Hall: Jen as an editor before and I as a producer-director, we have seen our participants struggle at different times in the process of making documentaries. We both felt like, “Gosh. What must it be like to be on the other side of the lens? We really wanted to try to understand more deeply what their experience is and try to understand how we can improve and do things better and have clearer relationships as documentary filmmakers in the future.

You interview prominent docu participants including Arthur Agee (“Hoop Dreams”), Ahmed Hassan (“The Square”), Margaret Ratliff and Michael Peterson (“The Staircase”) Jesse Friedman and Elaine Friedman (“Capturing the Friedmans” ) but not the directors behind these films, like Steve James, Andrew Jarecki and Jean-Xavier de Lestrade. Why?

Tiexiera: This decision was made at the start of this project. That said, all the directors knew about the film. But we didn’t want to reach the participants through the directors because we were really looking at that power dynamic. So we wanted to come to the subjects and have them have a full agency without the last years. This does not mean that directors were not part of our process. For the last six months, more or less, we’ve been working on the film with them. Some of them were more involved than others.

What do you mean by workshop?

Tiexiera: All participants are also our co-producers. They are partners in this area and had the final cut on their respective sections. So after they went through their sections we then took [those sections] to the directors and they’d be like, ‘Well, you know, it’s misleading here’ or ‘it’s a little aggressive here.’ In the end, we weren’t afraid of this process. I’m not going to say it wasn’t really intense for both of us and awkward at times. We had tough conversations, but that made the movie stronger. Some directors inherently think they should be in the movie, but that’s just not the movie we made.

Hall: The workshop process really solidified why we had chosen to film with the participants themselves for so long because those relationships are so complicated – more complicated than we first imagined. So the subjects had the freedom to just film and be open and talk as they wished. Then, towards the end, they had this opportunity to really think about what they wanted to say and how they wanted to be presented during the workshops with the directors.

Commodity is an interesting word to describe the subject of a doc. Most of them don’t make money for doing a documentary, but their lives make a lot of money for a lot of people. Do you think subjects should earn money by participating in documentaries?

Tiexiera: People are making so much money with some of these documentaries, like “The Staircase,” and Margaret hasn’t seen a dime. She didn’t see a dime of Netflix when [the docuseries was] Sold to Netflix and she ain’t seen a dime of HBO [for HBO Max’s “The Staircase.”]. So for her, the worst time in her life is no longer just entertainment, it’s funding other people’s kids’ colleges.

Did you pay for the subjects of “Subject”?

Tiexiera: As co-producers, they have a backend with us. Paying them – it’s tricky. We can’t pay them for their story. This does not suit us from an ethical point of view. How would you trust the story? But I can’t ask someone to take time off work, lose custody of their children, pay their way to filming, and pay for your meals while making a documentary with us. It takes money out of their pocket, in addition to providing us with that trust. This is getting really problematic. For a long time, it was thought that we, the documentary filmmakers, were doing you a favor and giving you this platform. It must be rethought as a partnership.

While Elaine Friedman isn’t happy with her portrayal in “Capturing the Friedmans,” most doc subjects you’ve interviewed, like Arthur Agee, are grateful for their respective docs. What do you hope viewers walk away from the film thinking about?

Hall: The film is not in black and white. It’s very nuanced. Each person’s experience is really quite different. But I think for us, the film serves two purposes. First, before deciding to participate in a documentary, you need to think about and understand what you are getting into. For documentary audiences, it’s a chance to understand that these are real people and not just goods. This is their real life.

2022-06-11
Previous Post: Joe Kitchen | The soundtrack of a failed revolution
Next Post: Robert Pattinson’s The Batman Script To Be Released