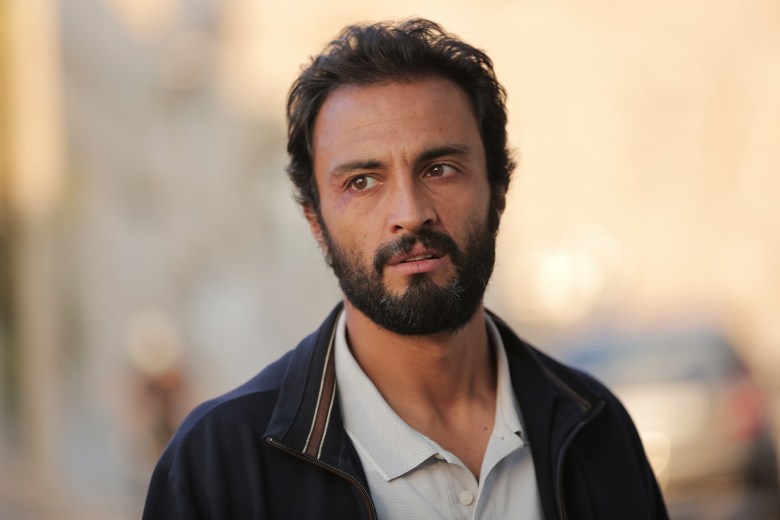 Consider this: Conversations spotlight award-winning film productions through panel discussions with the artists themselves. The video above is brought to you by Amazon Studios and hosted by film critic Carlos Aguilar. “A Hero” is now in theaters and streaming on Prime Video.

Despite its title, “A Hero” is about the furthest thing from a superhero movie you can get. The “slow-moving” film, as IndieWire’s David Ehrlich dubbed it in his review, is the perfect example of the risks and rewards of documentary-style cinema.

Quite simply, “A Hero” is the anti-superhero and anti-hero movie of the year. That is, aside from the heroes who created its digital effects, according to writer-director Asghar Farhadi.

“[The post-production team] did such a great job, no one can even imagine this movie has visual effects,” Farhadi exclusively said during an IndieWire panel discussion moderated by critic Carlos Aguilar.

A moment that has been digitally altered? A crowd scene, where Farhadi didn’t want any COVID-19 masks present in the film.

“We were filming in the bazaar and there were a lot of ordinary people passing by and they were all wearing masks. We just recorded and after we finished the movie, we took the masks off and no one can understand that people were wearing masks, and that makes me really happy,” Farhadi said. “Also, for example, the last scene we see outside of the inside of the prison, the door, it’s a visual effect, it’s not the real thing.”

Farhadi honed his own creative craft writing “A Hero,” which should be an Oscar contender.

He added: “In my other works, we have a kind of mystery, a kind of puzzle, and this puzzle creates suspense. In this one, instead of a puzzle, we have ambiguity. There is no mystery in this story, but the whole atmosphere is full of ambiguity. Most of the energy I spent on this screenplay was to replace mystery with ambiguity while providing a sense of suspense.

For the overall texture of the film, cinematographer Ghazi shared that Farhadi wanted to emphasize “the feeling of realism and documentary”.

“The lighting has to be invisible and nothing comes out of the real world of the characters in post-production,” Ghazi recalled. Except, of course, the masks.

Editor Safiyari, who previously worked with Fahardi on “Fireworks Wednesday”, explained the difference between “A Hero” and Fahardi’s other films: “We wanted this one to be even closer to documentary cinema, to the selection from the moments of the actors, from the intonation of the accents, everything,” Safiyari said. “We wanted to make sure it was really close to real life.”

Filming in the historic city of Shiraz inherently channeled a long history of “heroes of the past,” says Farhadi. The universality of “A Hero” was also meant to feel familiar.

“One of the most important things for me when casting is to choose actors who have a very warm voice and face,” Fahardi said. “I always want my films to have actors whose faces are anonymous. They are very fresh and the audience has no misconceptions about these actors.

Ghazi even watched rehearsals with the actors to observe their natural dynamics. “Everything we did in this film, from the framing, the lighting, the camera movement, we made sure it wasn’t out of the nature or the atmosphere of these characters’ lives” , Ghazi said. “Watching the actors in rehearsal really helped me a lot because it made me understand the way the actors move, the nature of their bodies, the body language, it made me understand how to make it work to be even more close to who they are.”

And while “A Hero” may seem calmer against a cluttered cinematic landscape of action movies, Fahardi deliberately decided to shock viewers with the film’s growing tension.

2022-01-27
Previous Post: Read the Janicza Bravo and Jeremy O. Harris script from Twitterverse
Next Post: Why high resolution shouldn’t be a standard in modern cinema