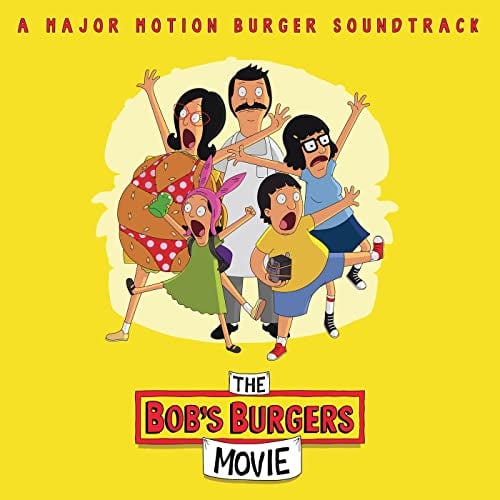 Hollywood Records will release the official soundtrack album for the animated film “The Bob’s Burgers Movie” on May 27, the same day the film hits theaters.

The album contains the original songs from the film written by Loren Bouchard and Nora Smith and performed by the voice cast. Bouchard and Smith also wrote the screenplay for the film. The film’s original score is also included, conducted, orchestrated and arranged by Tim Davies who previously worked on troll hunters and Maya and the three.

The soundtrack will be released digitally on multiple platforms, including Amazon and Spotify.

You can see the track listing for the album below:

“The Bob’s Burgers Movie” is an animated big-screen musical comedy-adventure-mystery based on the long-running Emmy®-winning series. The story begins when a burst water main creates a huge sinkhole right in front of Bob’s Burgers, blocking the entrance indefinitely and ruining the Belchers’ plans for a successful summer. As Bob and Linda struggle to keep the business afloat, the kids try to solve a mystery that could save their family’s restaurant. As the dangers mount, these underdogs help each other find hope and fight to get back behind the counter, where they belong.

Check out the trailer below: