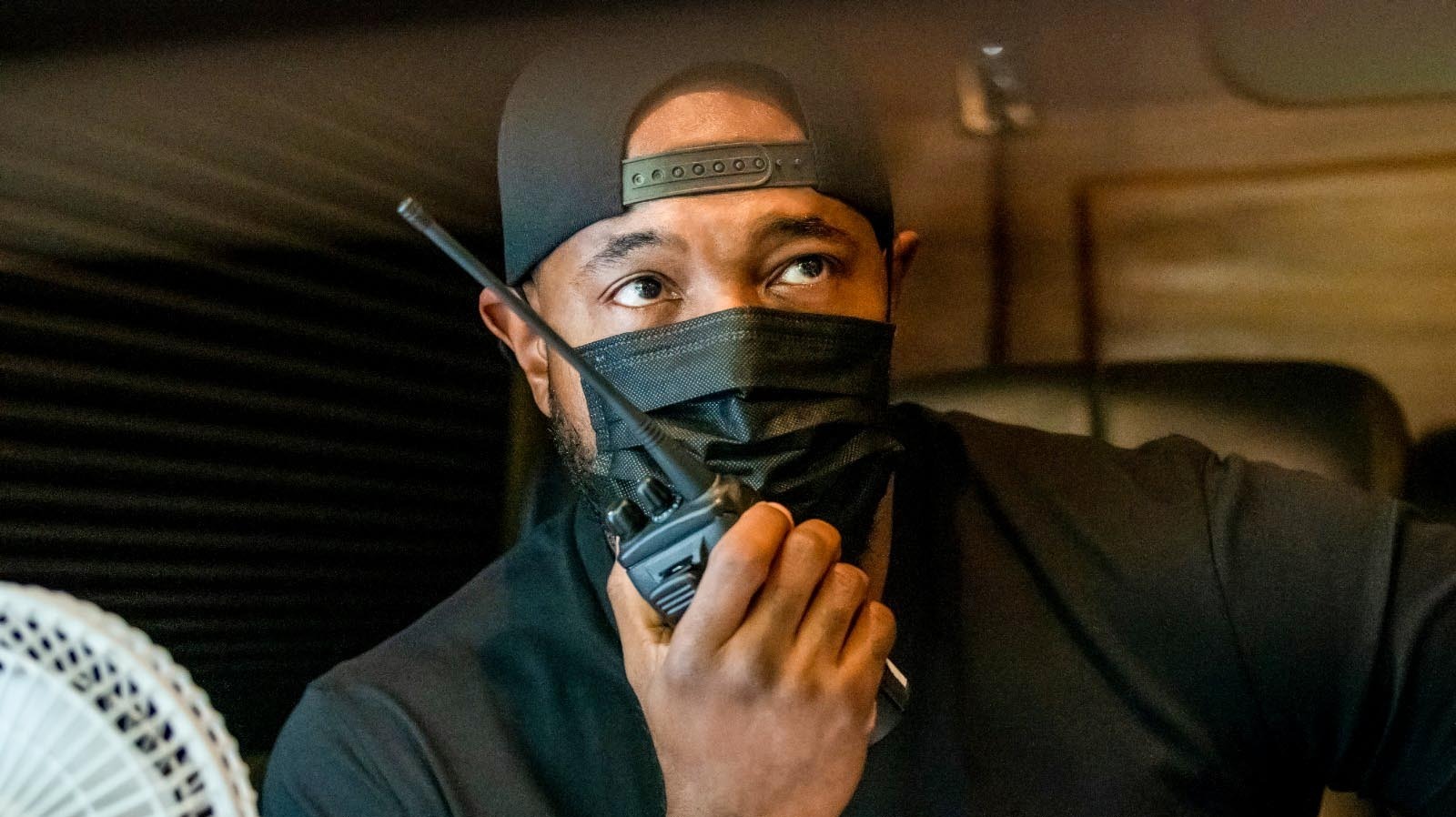 With “The Guilty”, like some of your other films, you really like letting the mirrors show duality.

[Laughs] Now that’s funny. Yeah, you got that. Yeah, man, someone else told me about it, maybe it was Ethan. It’s just something that comes out of you when you design it. When you read the script, you start to see it. And then somehow I’ll do things and you’ll talk about it. And I say, “I didn’t realize I did that,” or someone else will say that I repeated myself or that I am talking about something again.

I had dinner with someone and they said, “Dude, I like the spirituality in your movies”, but I don’t know if everyone understands that or not. He went straight to “Training Day” and he was like, “Oh, the crosses, the telephone poles.” It’s very intentional, but some people may just see old telephone poles with the sun setting behind, but it made sense to me. Even in Roger’s (Scott Glenn) house the windows are like this, as is the cross on his neck.

There are things I play with, good and bad. It just comes out, sometimes it’s not even intentional. There’s a church in “Magnificent Seven” where they burn the church down, and that’s where it all begins, that sort of thing. As an artist, it’s just starting to ooze out, and I don’t really realize it until you talk about it.

It must be fun though, right?

Well, don’t some people say that artists always tell the same story at the end of the day?

Always, man. You can go back, you can read the Bible, it’s still the same story that’s always told. We were talking about it today, people have done Shakespeare over and over again, different actors, different theater directors. People interpreted August Wilson in different ways in the plays. There are only so many human emotions. You can find some cool ways to do it or other worlds to put it. But even the great Marvel movies ultimately come down to human beings, behavior, good and evil.

So, not to simplify anything, but the human being is the most complex thing. That’s why on “The Guilty”, filming Jake is the most complex thing, the human being. We still don’t know much about what makes us vibrate, what’s wrong with us, how our brains really work, what to do with all these feelings. We hide everything, we put on these outfits and act like we are a certain way and then you are all alone, miserable. You know what I mean? So putting a camera on a human being, an actor who can convey real emotions, real emotions, wherever they come from, is the most interesting thing no matter what.

That’s it. It’s just two guys in a car. That’s what it’s all about, their pace, what’s going on, their human behavior, Ethan’s response to Denzel, Denzel’s response to Ethan. Without it, you have nothing. In this case, Jake, without these other actors, also improves his performance because they also do a lot of work. And you don’t even see them, you just hear them, which says a lot.

2021-09-29
Previous Post: Eminem teases his appearance on the soundtrack of the “Venom” sequel
Next Post: Duluth musician selected for Broadway soundtrack