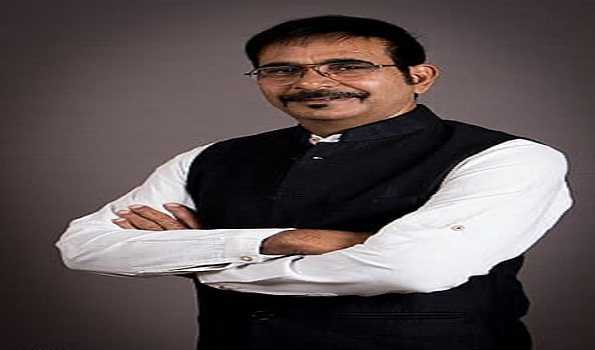 The script of ‘Masoom Sawaal’ is full of innocence: Kamlesh Mishra

New Delhi, Aug 3 (UNI) National award-winning director and screenwriter Kamlesh K Mishra is now set for the release of his upcoming film ‘Masoom Sawaal’, which revolves around the subject of menstruation and stigma which is associated with it.

Speaking about the whole idea of ​​this movie, Kamlesh said in a statement, “When director Santosh brought this up, I saw a spark in it because we haven’t seen a movie from the point of view of a teenage girl going through the whole situation from the first time during her period. It’s about how she realizes that people have created so many rules and myths about her. So I wanted to bring her through her vision and the situation she handles.”

Speaking about the challenges of writing about this subject, he said, “It was a difficult subject for me because I wanted to keep the innocence of the girl alive and at the same time create a whole film canvas to process and respond to these questions of old taboos. Moreover, it was important to approach the rituals with a scientific approach and in a sophisticated way without hurting the feelings and simply showing the curiosity of a young girl who questions all this. Through all this, I was able to develop the script full of emotions, innocence and at the same time asking a question to society. All the actors did full justice to the characters I wrote.

“I’m always drawn to women-centric issues. In 2006, I came up with Beti Bachao’s catchphrase and it became a nationwide thing. Likewise, I created this movie with such intention and I think it’s a landmark film in creating that awareness,” he added.

Directed by Santosh Upadhyay and produced by Ranjana Upadhyay of Nakshatra 27 Productions, the film will hit theaters on August 5.