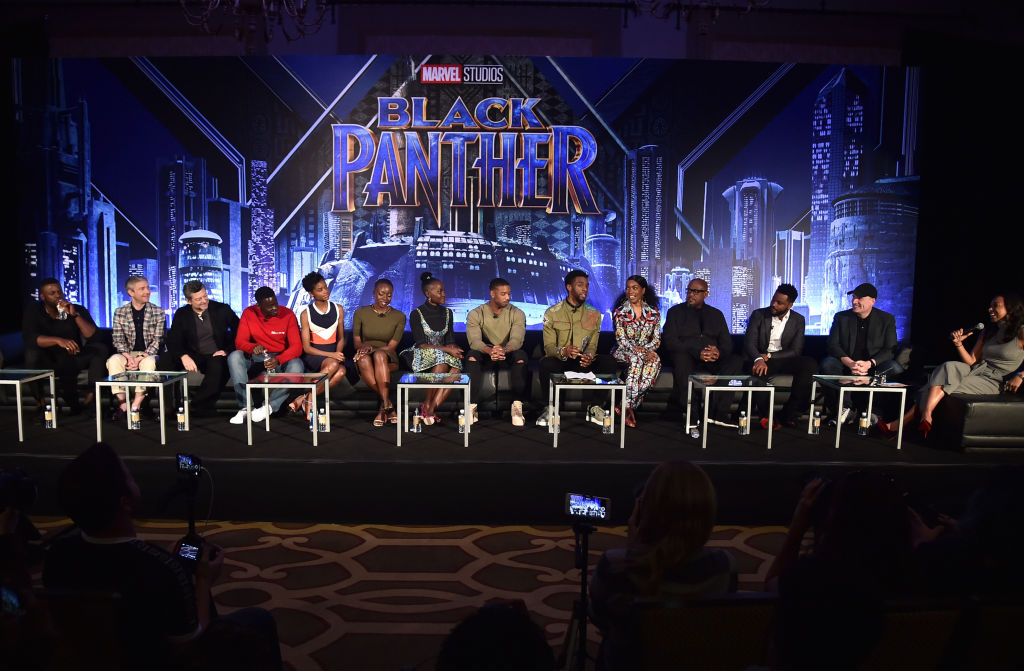 The soundtrack of “Black Panther 2” bigger than the first? Kendrick, Tems, MORE team up

Choosing the right music and soundtrack for a movie is equally important to making a successful movie. It’s a good thing the Marvel Cinematic Universe has been rocking since the sage began ten years ago.

With most of Marvel’s Phase 4 plans announced last week at San Diego Comic-Con 2022, fans are in awe after watching the highly anticipated teaser for “Black Panther 2: Wakanda Forever.”

Aside from Chadwick Boseman’s very palpable loss of presence in the teaser, what struck many fans the most was Kendrick Lamar’s thrilling version of “Alright” and Tems’ version of “No Woman, No Cry” by Bob Marley.

The soundtrack of “Black Panther 2: Wakanda Forever” bigger than the first?

In the recently released teaser, which featured a dark and thrilling vibe to Wakanda’s loss of its king T’Challa, played by the late Chadwick Boseman, the film sets up what seemed like an epic end to the character’s journey.

Weaving the teaser together is Tem’s rendition of Bob Marley’s “No Woman, No Cry,” which opened the trailer prominently.

The Nigerian-born singer has been making waves on the music scene recently even before winning two BET Awards for Best International Act and Best Collaboration this year.

Apart from Tems, Kendrick Lamar is again in the spotlight in the sequel to “Black Panther”.

Lamar’s contribution to 2018’s success came in the form of his pen playing as he originally composed all of the songs for the “Black Panther” soundtrack. The album won two GRAMMY Awards and an Oscar, the latter going down in history as the first Marvel film to win one.

In the highly anticipated sequel, it looked like Kendrick’s participation on the album could be repeated as his “Alright” gets a dark rendition, which played in the trailer along with Tems’.

Fans are excited about Tems and Lamar’s involvement in the soundtrack, leading others to speculate that the “Black Panther: Wakanda Forever” soundtrack might be more important than the first.

Who will appear on the ‘Wakanda Forever’ soundtrack?

Since late 2021, when the project was announced, discussions between blogging groups have emerged. According to reports, big names are expected to be included in the soundtrack of “Black Panther: Wakanda Forever”.

According to The Direct, Doja Cat and The Weeknd seemed like promising candidates to make another hit for the all-black ensemble film.

British rapper Stormzy is also vocal amid rumors as he may appeal to a different audience. Meanwhile, SZA and Kendrick could still be on the album, given their success on the GRAMMY-nominated song “All The Stars.”

Fans, meanwhile, can’t wait to see Tyler The Creator and Solange Knowles in the next Marvel movie.

However, as of this writing, there are no confirmed reports yet as to who will be included in the planned album.

© 2015 MusicTimes.com All rights reserved. Do not reproduce without permission.