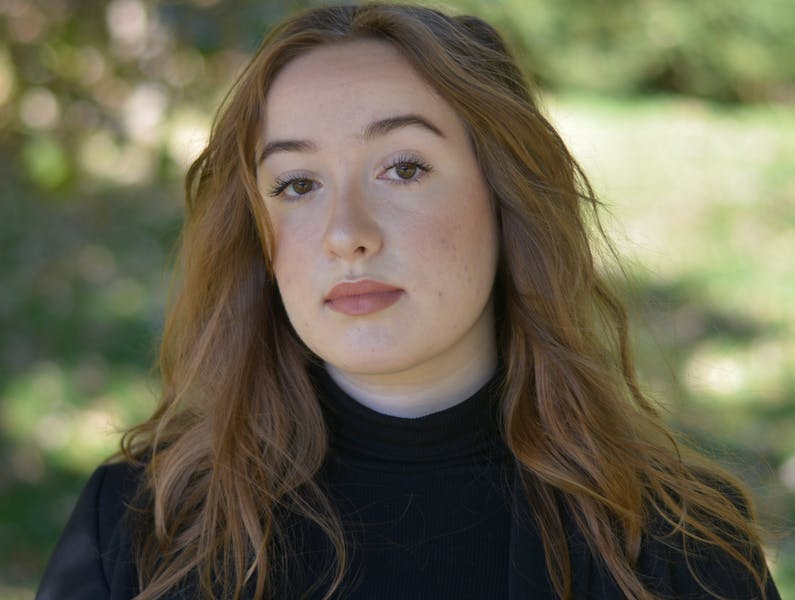 Tunes With Tate: ‘The Batman’ soundtrack complements the film perfectly

Director Matt Reeves’ Batman was a long time coming. Ever since it was made official in May 2019 that Robert Pattinson would play the titular hero, Reeves’ decision to cast the Twilight alum had been causing some concern. However, since the film’s March 4 release, many people have changed their minds about Pattinson and found a new obsession in the film’s soundtrack.

Highlights include the version of “Ave Maria” by composer Michael Giacchino. The film opens with a shot of a mysterious figure looking out of a family’s living room window as they play. The song is normally very lyrical and beautiful, and although the singer makes it sound that way at first, it steadily intensifies throughout its two minutes and 34 seconds.

After about a minute, however, the singer leaves the orchestra to play a composition bordering on a horror movie. The vocalist returns in the last 30 seconds and his voice intertwines with the ultra intense sonorities of the orchestra. The song immediately sets the tone for the film by putting the audience in the right mood and keeping it going by bringing the song back to two other moments in the film.

In an interview with Esquire, Reeves discussed the similarities between Kurt Cobain and his version of Bruce Wayne’s iconic alter ego, explaining why another soundtrack highlight, Nirvana’s “Something In The Way,” was included. .

“Early on when I was writing, I started listening to Nirvana, and there was something about ‘Something in the Way’…that’s part of that character’s voice,” Reeves said. “When I thought, ‘How do you do Bruce Wayne in a way that’s never been seen before?’ I started thinking, ‘What if a tragedy happens and this guy gets so reclusive, we don’t know what he’s doing? Is this guy some kind of wayward, reckless drug addict?’And the truth is that he’s some kind of drug addict. His drug is his addiction to this revenge drive. He’s like a Batman Kurt Cobain.

“Something In The Way” begins to play after “Ave Maria,” providing an eerie sense of respite from the film’s already intense start. This knocks the suspense level down a few notches, but replaces the anxiety-inducing intensity with a calmer grunge intensity to introduce the personality of the winged vigilante/hero. After a whirlwind of trying to end The Riddler’s plans, “Something In The Way” makes its way into the forefront of The Batman soundscape saving the day at the end of the film. It focuses on Bruce Wayne’s inner feelings and battles as The Batman’s heroic actions are reflected in all those he has saved.

The grunge inspirations Reeves drew from Cobain are present, of course, in the soundtrack, but are scattered throughout the film in the form of Bruce Wayne’s smudged black eye makeup, the 62 Minutes and 40 Seconds of Rain all throughout the film and the overall suspense. , frightening feeling that the film arouses. Beyond that, the use of classical music throughout the film is more striking than the typical background music soundtrack. The background music is what brings a film together by making anyone watching it feel like a director intended, but the film’s unsettling and tense tones make the classic work of Beethoven and Gabriel Fauré included in the soundtrack rather strange than any other emotion that classical music evokes.

While I was more than impressed with DC’s latest take on one of its most famous characters, I was pleasantly surprised by The Batman soundtrack. “Something In The Way” hasn’t left my headphones since I saw the film in theaters and the genius of all the other songs included or composed for the film has warmed my music lover’s heart. I’m a big Marvel fan, so I didn’t expect to be so impressed with a DC movie. Whether or not that’s an indication of how good The Batman is, I encourage everyone to at least listen to a bit of the soundtrack (but seriously, go see this movie).

Tate Raub is a sophomore journalism student at Ohio University. Please note that the views and opinions of columnists do not reflect those of The Post. Want to talk more about it? Let Tate know by tweeting her @tatertot1310.