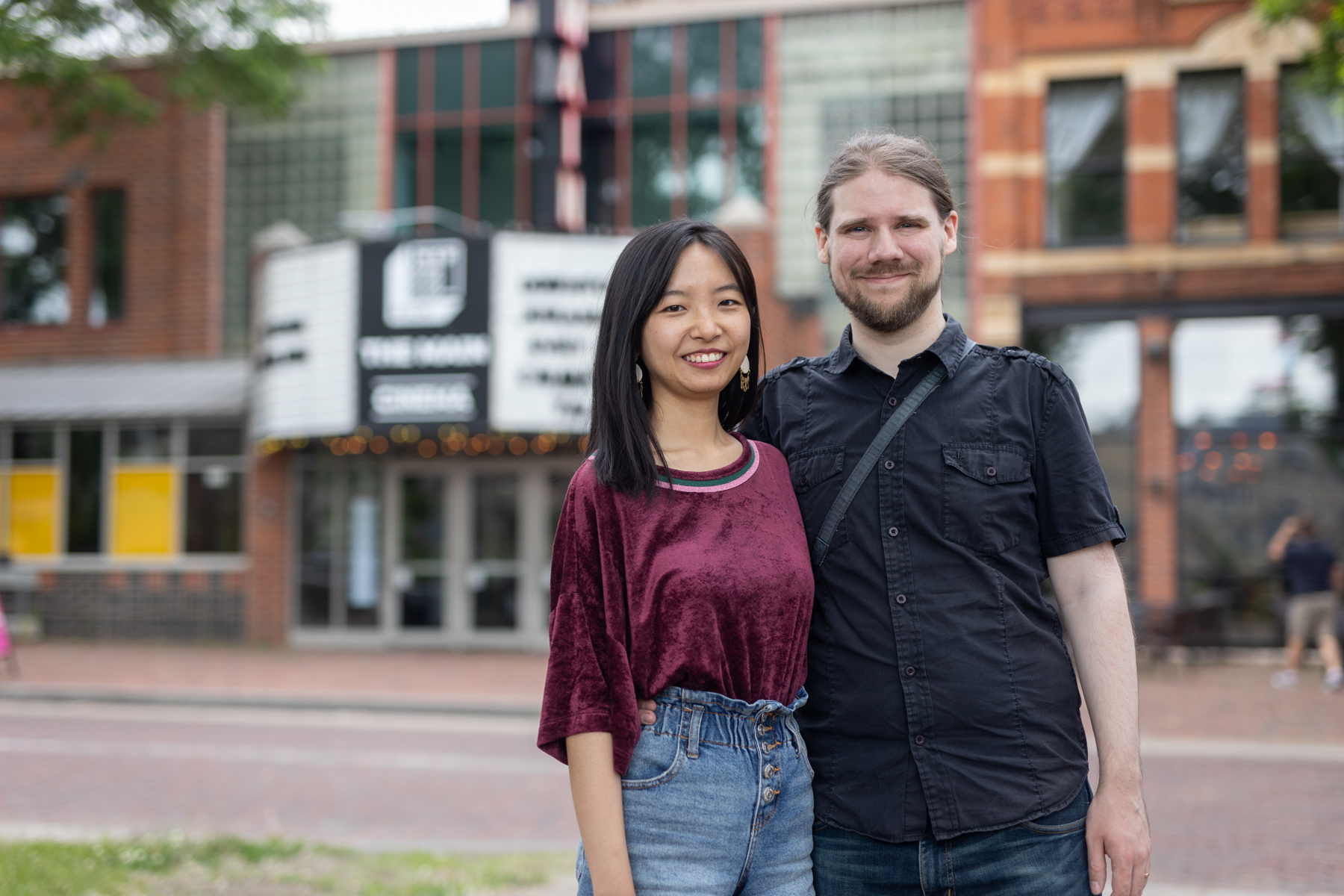 They could hardly have come from more different backgrounds. Sebastian Schnabel grew up in a forest town of 16,000 people in northern Germany called Königslutter am Elm. Cici Yixuan Wu hails from the bustling city of Zhengzhou, China, an agricultural, mining and manufacturing center of around 10 million people.

From an early age, Schnabel dreamed of making films. Wu intended to become an architect.

They met in 2012 during a summer semester at the University of California, Los Angeles (UCLA). Schnabel, now 31, was studying filmmaking – a passion he’s pursued since he started making short films with dad’s camcorder when he was 8 years old.

A directing class Schnabel was planning to take was unexpectedly canceled. Somewhat reluctantly, he enrolled in an introductory film course. It was a fluke – that’s how he met Wu.

Today, they are a husband and wife team that owns and operates Twin Cities-based video production company, MindTwist Studio.

Wu had gone to UCLA with no intention of studying film. She was looking to improve her English skills and prepare for college entrance exams. But on a whim, she signed up for an introductory film class instead of a math class.

They were a couple at the end of the summer semester.

Wu returned to the United States in 2013 and enrolled at the University of Minnesota, where she took courses in architecture and design. A year later, Schnabel followed, enrolling at the Minneapolis College of Art and Design to pursue a degree in filmmaking.

In 2018, Schnabel and two movie buddies joined forces and founded MindTwist Studio. At the same time, Wu, who had abandoned plans for a career in architecture, was freelancing the local film scene in various roles, including as a set designer on the horror film “The Harbinger.”

Wu eventually partnered professionally with Schnabel, and the pair ran MindTwist as a pair after their collaborators left.

At first it was a struggle to boost business. In large part, Wu said, it’s because the film industry relies on word-of-mouth and “when you’re new, there’s no word-of-mouth.”

But the couple found work shooting a video for a local theater group housed in the same office building they used in the Lyn-Lake neighborhood of Minneapolis. This opened the door to further work in the artistic community.

Schnabel said it looks like MindTwist is hitting its stride by winter 2020.

“Then COVID happened. Theater patrons, event patrons – all those things weren’t happening anymore,” he recalls. “So we had to change direction and figure out what we could do.”

They found themselves doing more corporate work, and after a lean period, business slowly picked up. Throughout, the couple pursued their own plans. In May, Schnabel and Wu screened a short film, “The Flour That Made Us,” at the Minneapolis-Saint Paul International Film Festival.

The film, directed by Schnabel and co-written by him and Wu, tells the story of a multicultural couple struggling with an unplanned pregnancy. It was voted the audience’s favorite and is set to screen at a film festival in Japan.

Schnabel and Wu recently sat down with Sahan Journal to discuss their experience as fledgling filmmakers, their collaboration, the obstacles they face, and their hopes for the future. The conversation has been edited for length and clarity.

When starting a new business, do your research and talk to people in the industry. “I’ve done a lot of news interviews,” Wu said. “I love doing news interviews. I did when I started freelancing. That’s how I got my first job: I met a production designer and, after talking, I ended up getting the job.

If you want to pursue a career in the arts, thick skin helps. “The number of rejections exceeds acceptances or awards,” Schnabel said. “It’s a big thing. I have to keep telling myself, ‘Don’t give up and think that because someone didn’t choose you, they hate your job.’ ”

“And you have to hang on to those people that you respect — those people who say you did a great job,” Wu said.

Your partner might be the best collaborator. “At first I shared scripts with Cici,” Schnabel said. “She gave such great suggestions and is so good at thinking about characters.

“We had a great time chatting. She brings a side to writing that I’m not as good at. Our goal for the coming years is to make feature films. We have been writing a feature film script together for two years now.

So you are an artist? You still need to learn the basics of your business.

“I mainly deal with the administrative side and the day-to-day production side,” Wu said. “I was thrown into the job, but slowly I tried to create a system. Now we have a pretty good budget sheet.

“I read a lot of business books during the pandemic. Working with numbers is one side, but you also work with people. Communications and relationship building are important.

And pay attention to the end result. “You have to be realistic about your business,” Wu said. “If you don’t have the money, don’t spend it if there’s a cheaper way. Many companies go bankrupt in the first three years because they lose too much money. You need to look at your expenses and ask yourself, “Can I do this cheaper?” » ”

“During the pandemic, we looked at what expenses we could cut,” Schnabel said. “We cut the office. Then we found more customers and grew the business.

And always keep your options open. “I think we want to go to other places, but I don’t know where,” Wu said. “It feels like home here. I have been here for nine years now. I know we’re going to move, but thinking about it is sad. It’s like our hometown. We had nobody. Now we have a community.

2022-06-13
Previous Post: This or that! Which is better, the soundtrack or the movie: ‘Soul Food’
Next Post: 5 Best Fast Loans and Fast Cash Loans Online for Bad Credit and Payday in 2022