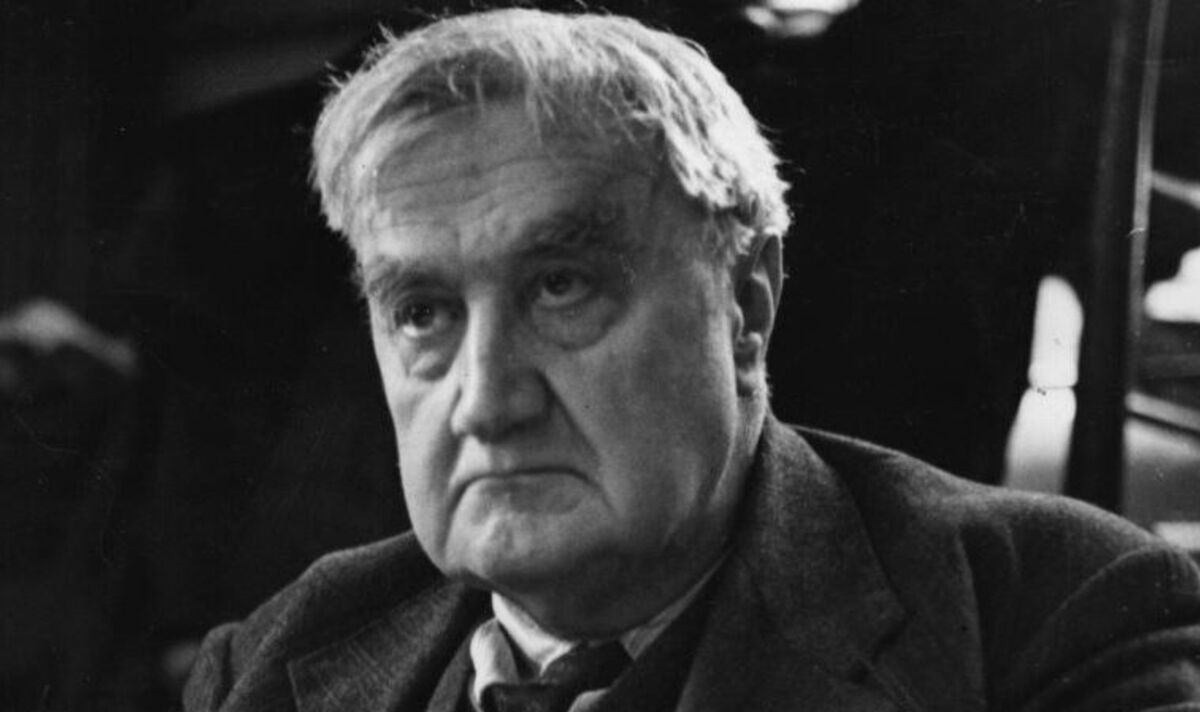 And we’ll soon be hearing a lot more about it this week to mark the 150th anniversary of the birth of the most quintessentially British composer.

Concerts will be held in the Gloucestershire village where he was born and in the Surrey house where he lived. There will also be radio tributes and new recordings of his work.

His up-and-coming romantic work The Lark Ascending has been voted the most popular piece of classical music by British enthusiasts 12 times.

It even soared to the top of the album charts in 2014 when played in the background during the controversial on-screen death of Coronation Street character Hayley Cropper.

His work creates such a vivid impression of the green, pleasant land of England that it is a common choice for television and film producers to accompany pastoral scenes.

He created the “English sound” by visiting ancient rural communities, collecting folk songs and preserving them for eternity in his orchestral masterpieces.

This is why our landscape is woven into the very fabric of his music. A deep love for his homeland was evident not only in his music, but in the composer’s deeds.

He was 42 when the First World War broke out and was too old to be drafted, but he insisted on going to the front where he worked as a stretcher-bearer and orderly.

Vaughan Williams was born into a privileged life on October 12, 1872 in Down Ampney, Glos. He was only two years old when his father, a vicar at the local church, died. His mother Margaret, who was descended from the Wedgwood family of potters and the scientific dynasty of Charles Darwin, took him and his sisters to live in the family home at Leith Hill Place, Wotton, Surrey.

He grew up surrounded by the English countryside which he portrays so lyrically in his music.

His aunt Sophy taught him the piano and he composed his first piece, Le Nid de Robin, at the age of four. When the budding musician asked his mother about Darwin’s controversial book On the Origin of Species, she replied, “The Bible says God created the world in six days.

Great Uncle Charles thinks it took longer; but we don’t have to worry about that, because it’s just as wonderful anyway.”

He went to Charterhouse, the Royal College of Music, where he later studied with Hubert Parry – who wrote the patriotic favorite Jerusalem – before heading to Cambridge University. He was a late developer, studying with the French composer Maurice

Ravel, of Torvill and Dean’s Bolero fame. Along with his friend Gustav Holst, who composed The Planets, Vaughan Williams became a passionate socialist, convinced that music was for everyone.

Yet he was well over 30 years old before his music achieved national acclaim. His nine symphonies and a host of other major works helped revive Britain’s classical music scene and gave the country its own “national sound”.

A man of principle, he refused knighthood long before it became fashionable. He also declined the role of King’s Music Master on Elgar’s death, although he accepted an Order of Merit for services to music.

The Lark Ascending, inspired by a poem by George Meredith, is still popular.

Karen Fletcher of the Vaughan Williams Society said: “People find it reflective, and it’s just very, very beautiful. And it also has to do with the way Vaughan Williams writes his music and the harmonies he uses, which seem to have this kind of throwback to past times. There are few people who can do what he can do with a melody.

Violinist Jennifer Pike added: “The poem is so beautiful. And the way Vaughan Williams creates these images of the lark with music is amazing. It’s also nostalgic, with the backdrop of World War I. My hair stands on end just listening to the track and playing it.”

Vaughan Williams was among the very first composers to travel the countryside to collect folksongs and songs from singers, notating them to music for future generations to enjoy. He would have “noted” more than 800 songs.

He also became the musical editor of The English Hymnal, published in 1906, for which he composed several hymn tunes which remain popular, including For All The Saints and Come Down O Love Divine.

He also wrote the singsong Sussex Carol – On Christmas Night All Christians Sing – the lyrics of which were written in 1684. Vaughan Williams volunteered for the Great War, aged 42, lying about his age, saying that he was 39 years old. He joined the Royal Medical Corps but was not best suited to regimental life.

In John Bridcut’s remarkable BBC film The Passions of Vaughan Williams it is described by one contributor as “resembling an old sofa with the stuffing sticking out”. Another said: ‘he couldn’t keep his cap straight’.

His 1921 Pastoral Symphony has been considered a “memorial to the dead”, but throughout his career there are often echoes of his wartime experiences, including his heartfelt loss of fellow composer George Butterworth, who died in the Sum in 1916.

When Tom Service visited the site of Vaughan Williams’ wartime experiments, he said: “It was dizzying. very well and, you know, cows and humanity were in perfect harmony. He has been there and done that in terms of reflecting our times.

Karen Fletcher adds, “I like to think of the soldiers watching from the trenches, and all they see and hear are the larks.”

Vaughan Williams composed throughout the war years. One contribution was the film score for the 49th Parallel, which is currently 286 in the Classic Hall of Fame.

He lived in London for most of his career, including a long stay in Cheyne Walk, Chelsea, but that ended when his wife Adeline took on extreme symptoms of arthritis, convincing the couple to decamp to the cleaner rural air from The White. Doors at Dorking, Surrey.

He did not agree to the move, saying “it was like going into exile”. After the death of his wife, he married his friend Ursula Wood, a poetess, with whom he had a long-standing friendship.

She said, “Like all great composers, there’s kind of a whole world in there – anything can be found in there.”

Tom Service agrees: “You can put it on while you’re cooking a Sunday lunch, driving, or just need to escape the drudgery of the commute or the run to school, whatever it is. It’s also vital to use it for our mental health and well-being.”

For concert listings: The Ralph Vaughan Williams Society at rvwsociety.com/; Vaughan Williams Today continues the BBC Radio 3 celebrations. Afternoon concert all next week; Drama on 3 – People Everywhere Will Sing focusing on the composer’s life after the death of his first wife Adeline; and The Essay – Vaughan Williams: Belonging, a five-part series where the writers discuss a play with which they have a personal connection.