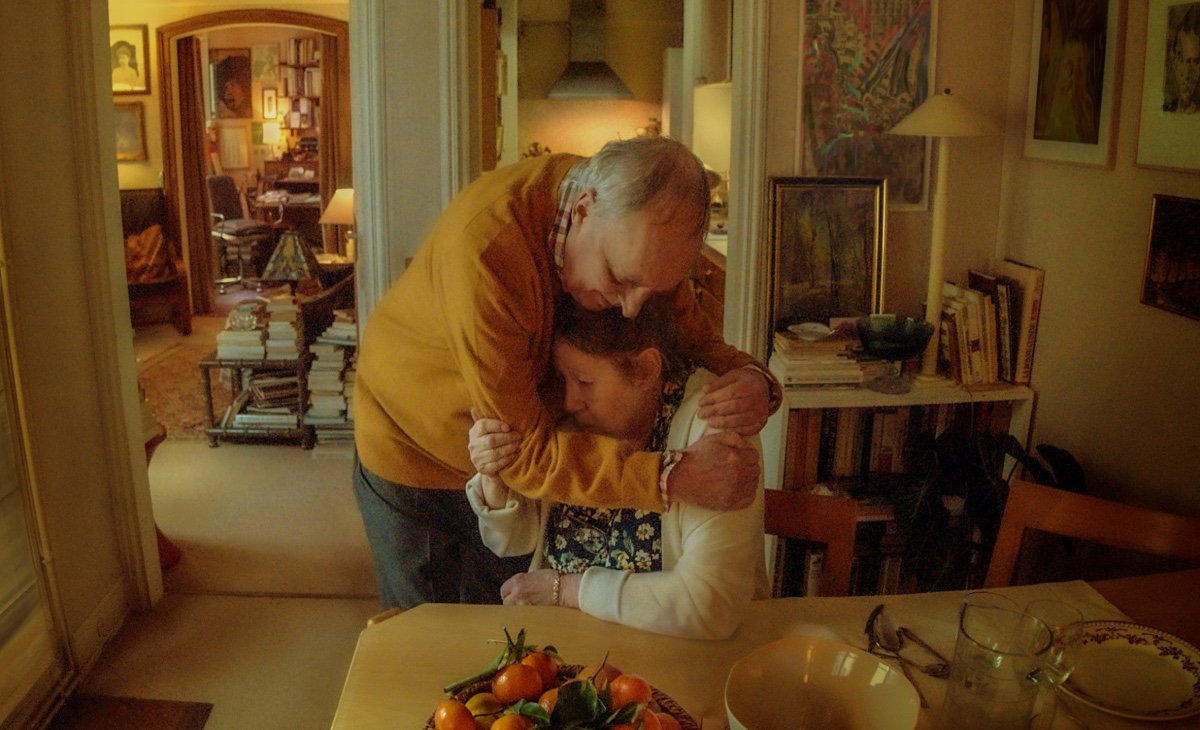 Vortex (2022) ‘MUBI’ Review: A vortex of emotions defines something beyond our control. After seeing the synopsis of the film, the public knows that the vortex of Vortex is the life of Him and Her. This film is Gaspar Noé’s tribute to those “whose brain decays before the heart”. Other gems that stand out over the next 140 minutes are that people are slaves to drugs and living their lives among them. This one hit hard, because it is visible in today’s society, not just among older members. Love is a theme throughout Vortex, but the ode reflects on how bad it can be over time.

The cinema is full of examples of efforts highlighting the aging process/the life of older people. They are expected to be slow-paced, with an abundance of focus just on the 60s/70s/80s protagonists. The reflective study of these two characters is devoid of a background score, with footsteps, a typewriter, vehicles on the road, etc. serving as the only audio apart from the mundane but appropriate lines regarding the topic.

In Gaspar Noe’s Vortex, the couple’s exact ages remain a mystery, but they are old and struggle with the realities of their advanced years. Presenting such a story in a movie would just be boring, but Noe raises the bar with his screenplay and direction. It doesn’t just say it all upfront, as its exquisite cinematography elevates this serious story of getting older. The Argentinian filmmaker effortlessly uses the show’s classic don’t say anything method to impress upon moviegoers why a particular character behaved a certain way. I also liked that timing, because the audience is confronted with those moments of realization throughout the film, not just in the first act.

I like the way Noe chose to present his main characters. He and Elle only appear in a single frame at the start of the film. After an elongated sequence where they wake up in bed, it features the duo in two separate frames. Beyond a certain point, I remained confident that each character’s frame would remain set, but they swapped frames with a smooth transition from left to right and vice versa. It was executed exceptionally well around the 45-50 minute mark.

Another positive thing I took away from Vortex is the nifty camera positioning. This gave the impression that a single black line did not simply separate the two images. If one were to eliminate the frame between the frames, it would not form a perfect image. Additionally, when a character’s hand passed through the other frame, the limb appeared longer than usual.

On one occasion, it looked like the footage was in sync; Benoit Debie dropped a clue by playing on the audience’s knowledge of what is happening in the background when an object blocks a ray of light. This lack of merged footage ensured that Vortex was a film with two distinct viewpoints of the same incident.

From the opening song to the production design choices, Noe relied on cinematic elements to convey the inner thoughts of his characters. Besides the transparent camera techniques, I noticed that each frame was filled with things to put the audience in the minds of the characters. The image of the word “War” accompanied the scene where Luke was agitated against his son and grandson, showing the battle he was waging internally (to convince himself) and externally (to convince others) that he could take care of his wife.

At the center of the film, Luc (Dario Argento) and Elle (Françoise Lebrun), especially the latter, were impressive. From the innocent confusion etched on her face as she struggled to recognize her husband to trying to be helpful and ‘clean up’ his desk, she attracted sympathy despite being destructive.

It was just scary how the mind collapses first, followed by the body. From the first few minutes, we could even call it imminent with the diegetic and non-diegetic radio voiceover Mon Amie La Rose. This constant focus on each protagonist, their performances, and Noe’s creative choices make Vortex a good piece of cinema.

At nearly 144 minutes, Vortex was screaming for a cleaner edit. A kind editor would have cut only 15-20 minutes to retain impact. However, around 30 minutes could easily have been left in the editing room without compromising a single element. This could be a concern as Vortex has made its way to screens in an era of short-form content, episodic television, and concise feature films. Watch it if you are a film or film student.

2022-10-01
Previous Post: Get Payday Loans No Guaranteed Approval No Credit Check
Next Post: Here are all the songs from the seductive soundtrack to “Don’t Worry Darling”