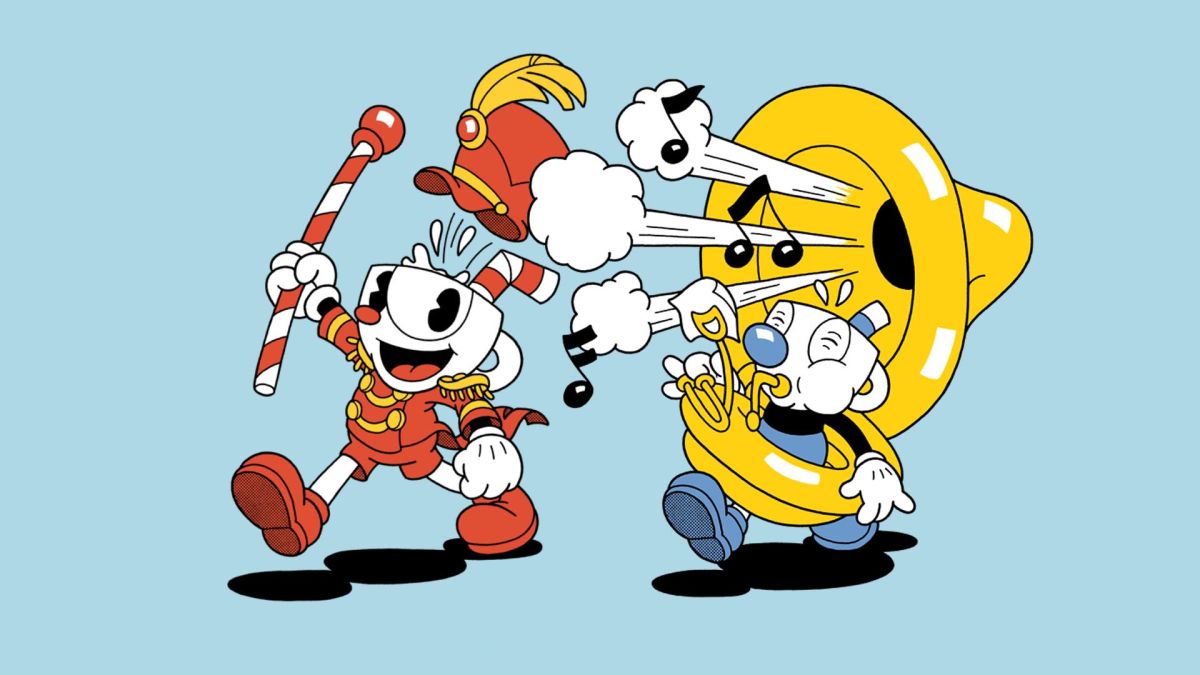 I am not a gamer. Sure, I’ll kick your ass at MarioKart, and I love Stardew Valley as much as the next person, but I wouldn’t consider myself part of the gaming community.

Nevertheless, when I had the opportunity to see the Cuphead soundtrack performed by a live big band, I jumped at the chance. Two years of the pandemic meant I hadn’t been able to see any live music in some time (except for a Smiths cover band a few weeks prior), and the Cuphead soundtrack didn’t sound like any music from game that I had heard before when it was released in 2017.

The run-and-gun title (and now Netflix cartoon) sees protagonist Cuphead and his brother Mugman battle through a series of levels and boss fights in a quest to repay their debt to the devil. The art style was inspired by the Golden Age of American Animation, drawing inspiration from early films from Disney and Fleisher studios; think Betty Boop meets Fantasia and you’re on your way.

True to the aesthetics of the early 20th century, Cuphead’s music is inspired by the most popular style of music of the time: big band jazz. As composer Kris Maddigan told us when we chatted with him via email after the performance, the biggest influences on the soundtrack were Duke Ellington and Scott Joplin.

“Chad and Jared Moldenhauer (the creators of Cuphead) knew early on that they wanted a ’30s big band for the soundtrack,” Maddigan explains. “Once the game got a lot of buzz after E3 in 2015, they knew they were going to pull out all the stops, and part of that included using real musicians for the entire soundtrack,” explains- he.

Rather than using looped signals, Cuphead’s soundtrack is made up of no less than 51 individual tracks, all recorded by a real live big band – something the creators and Maddigan agreed was “the most authentic to the style” of the game. “Having music looping and building with each boss wasn’t as necessary as trying to set the right mood,” Maddigan says.

In the Cuphead soundtrack, you have a body of work made up of stand-alone songs that have already been recorded by a real band; so what better way to experience it than to hear it play live at one of London’s finest concert venues, the Royal Festival Hall?

The Cuphead soundtrack was presented on stage as part of the Game Music Festival (opens in a new tab), alongside a rendition of music from Ori and the Blind Forest. Having taken place in Poland since its inception in 2018, 2022 marked the first time the festival was taken overseas, which its founders describe as “a dream come true”.

As we settled into our seats in the cavernous Royal Festival Hall, we felt a little uneasy. Covid-19 meant it had been a long time since we had been to such a large venue (spectators were always politely encouraged to wear masks), and even longer since we had seen anything like it Jazz.

What if it was (God forbid) boring? The days when I could happily sit down for an hour and a half of experimental acid jazz and clap for an encore when it was over were long gone – and even then when I was wide-eyed and eager to to experience all kinds of music in the flesh, it was a struggle to sit still and really listen.

I didn’t need to worry. What followed was one of the most fun and laid-back afternoons I’ve enjoyed in recent months, and a strangely touching experience that I will remember fondly for years to come.

The performance was performed by an Italian music producer, orchestral composer and YouTuber Alex Moukala (opens in a new tab)who noted that we were about to hear a Polish band – the Bartosz Pernal Orchestra (opens in a new tab) – play new arrangements of music by a Canadian composer. It was to be a true assortment of worldwide artistic collaboration.

A few days before the concert, Russia had invaded Ukraine, which made this spirit of collaboration all the more poignant. Indeed, at one point during the show, the leader of the Pernal group dedicated a slower and darker number to the Ukrainian people.

The rest of the show, however, was lively, in your face and totally celebratory, with virtuoso saxophone solos that took my breath away, Count Basie-style call-and-response patterns and a walking double bass that kept every piece together.

The band’s pianist was a particular joy to watch, as his hands danced across the keys like spiders, flanked by the smooth harmony of the horn section and huge thumps of sound. While there was plenty of “simple” big band jazz to sink my teeth into, one of my favorite songs was Floral Fury, which combined Latin beats, double octave piano chords and syncopated rimshots.

“The influence of Cuban music on jazz and big band dates back to the early 20th century,” Maddigan explains. “Floral Fury drew a lot of inspiration from the songs of Carmen Miranda and the great carnival parades of Brazil.”

Echoes of that South American flavor can be found throughout the soundtrack, with tracks like Honeycomb Herald taking inspiration from Caravan, written by Juan Tizol and Duke Ellington, and another Ellington track, Conga Brava, informing the sound of Pyramid Peril.

It’s a pity that there are no images on stage to accompany the live music. While the musicians themselves were more than entertaining enough to watch, a visual link to the game the music came from would have been a great reminder that what we were watching wasn’t a rehash of old Count Basie tunes. – it was a 21st video game soundtrack of the last century.

Still, the music absolutely stands up on its own – and it’s a testament to just how unique Maddigan’s work on Cuphead truly is. Of course, there are plenty of game soundtracks influenced by the classic Western canon – Final Fantasy comes to mind – that translate very well to the concert stage. However, few we can think of that draw so directly from 1930s big band music, nor many that function as standalone songs.

It just might introduce new fans to the music of that era, as Maddigan pointed out: “The most important thing to me is knowing that the Cuphead soundtrack brings a whole new generation into the great big band and ragtime music of the first half of the 20th century.”

Regardless of genre, video game soundtracks are a great vehicle for introducing gamers to styles of music they may not have considered listening to before.

“Game music and movie scores bring people into the concert hall who wouldn’t normally end up there,” Maddigan added. “This can only be considered a very good thing.”

2022-04-10
Previous Post: compared to create or go beyond are dangerous, and studies nationwide show that each of them brings
Next Post: Yahya Abdul-Mateen II: I am inspired by Indian cinema | Hollywood